‘The Bachelor’ Women Tell All: Another Enchanted Evening of Hand-to-Hand Combat 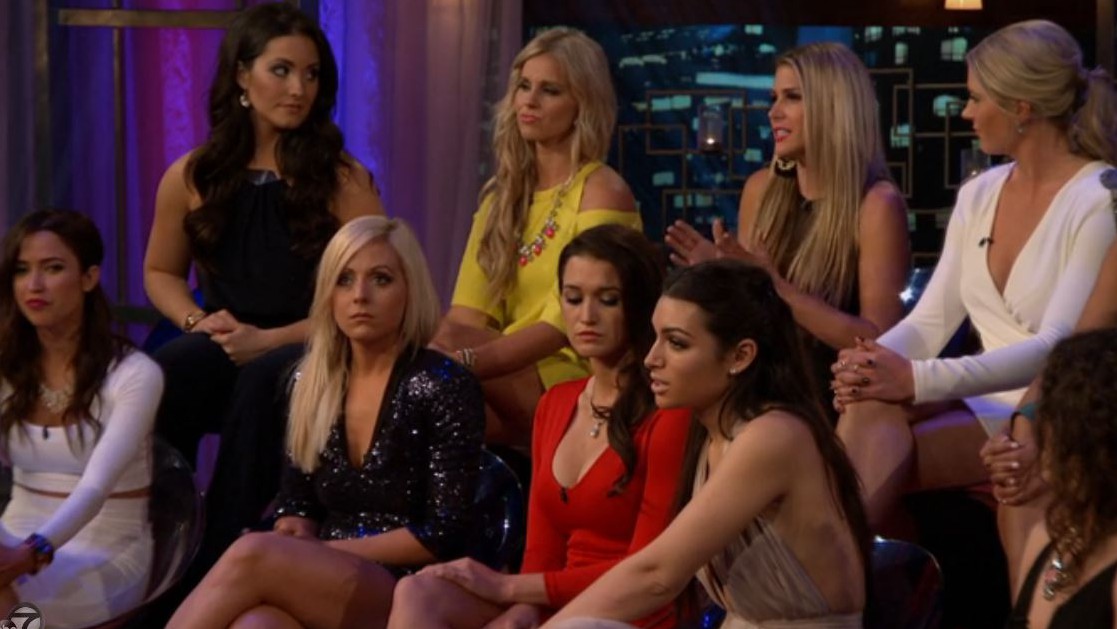 The “Women Tell All” show — perhaps the most anticipated night on the entire Bachelor calendar, possibly surpassing even the Final Rose ceremony — is the universe’s attempt to put itself back into balance. For the months leading up to this event, the Bachelor has had all the power, sitting at the center of a bizarre fantasia in which a simple, hunky man with limited romantic prospects is suddenly bestowed with a fairy tale title like Prince Farming and tasked with harvesting his soul mate from an enchanted field sprouting 30 potential princesses. Everyone’s fate hinges on how he chooses to distribute the ever-decreasing pile of flowers on the end table at his elbow. But for one glorious night, his power is surrendered, and he must take his place on a stage, under hot lights, surrounded by a crazed audience ready to bathe in his blood the moment a scowling Jury of the Jilted commands it. It is not a Bachelor’s favorite night. He certainly prefers the closed-door erotic explorations of the Fantasy Suites to his public flogging by a handful of women approaching him, one by one, with the jagged shards of their shattered hearts in their trembling hands. He likes the part where they toss those shards right into his face even less. The shards hurt.

If you find yourself sitting on that Women Tell All riser, well, you don’t need us to remind you that your journey toward ForeverLove has already ended. Congratulations. You had a good run, even if you neglected to follow the failure-proof lesson plan we provide here week after week and fell short of your goal. It is now your solemn responsibility to make the most of this moment on that stage, in front of every person in America worth reaching. You are, as they say in another, less important discipline, playing with house money. Here’s how to take that money, bet on yourself, and walk out of the Women Tell All arena richer in spirit, if poorer in actually winning. The point of this was to win, let’s not lose sight of that. But once that option’s gone, burning the place down is a pretty satisfying outcome.

1. Take on the other women first.

There’s a method to the madness of Women Tell All. Before you get a shot at your Bachelor, you must first cut a path through the other women on that stage, hardening yourself for your ultimate confrontation with the man you were once certain would fall to one knee, present you with the Neil Lane MaybeDiamond™ furnished in return for extravagant promotional considerations, and ask you to be his temporary fiancée. Let the simmering pain of that profound disappointment fuel you as you work through unresolved interpersonal issues lingering from your time in the mansion. As many of your competitors will point out, the show’s not about friendship, it’s about your Bachelor. And at this point in the process, sandwiched somewhere between your dismissal and his nationally televised recognition of his probationary soul mate, it’s not about maintaining the illusion of a friendship forged out of convenience. 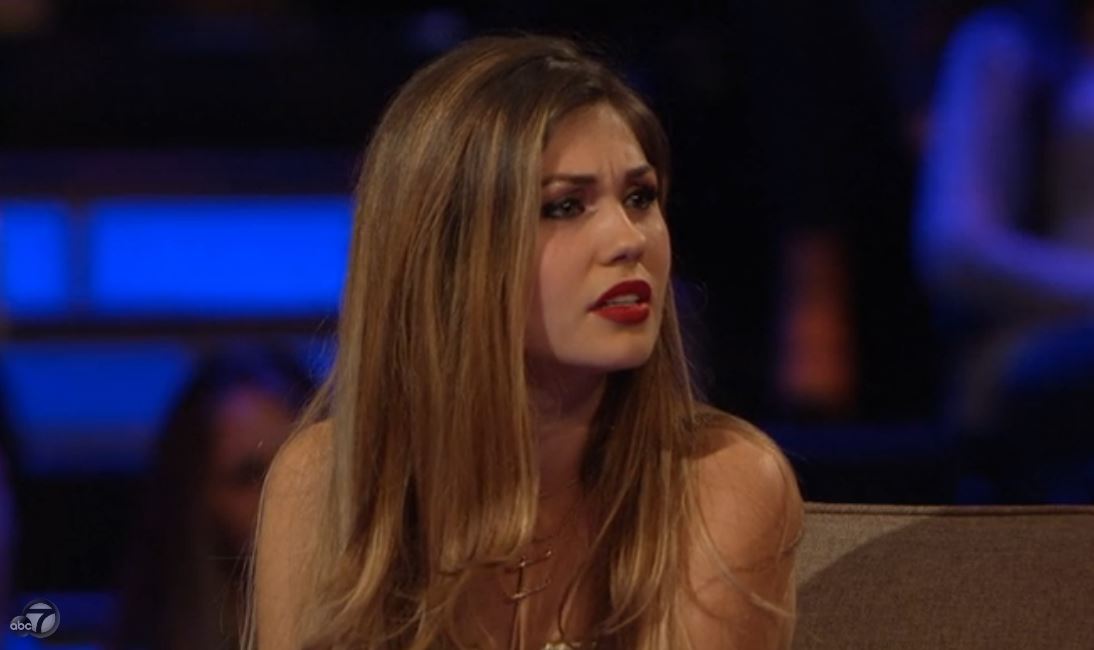 So grab a chair, start swinging, and don’t stop until everyone on that dais is lying in a crumpled pile, picking splinters out of their still-fresh makeup and wondering how they didn’t hear the whistle of the WTA Express barreling toward them. Nothing is off-limits. Did one of the other competitors call you a “man” because you like to work out and tend to get a little jacked up during dating challenges? Call her on it, with the implicit threat of a backstage choke-out. Did someone act like she was your “best friend” when alone but repeatedly assassinate your character once out of your presence? This strategic hypocrisy will not stand, nor will the affront to the entire BFF institution. Was a last-minute accusation of emotional inauthenticity, the dreaded One Face For Him, One Face For The House gambit, the play that sent you home? Go ahead and cry. Expose your misery. They beat you fair and square with that one, and the best you can hope for is that the tears rolling down your cheeks will cause them a sharp pang of guilt, however brief, or that the studio audience will momentarily take pity upon you before descending from the rafters and picking your bones clean. They love nothing better than a good self-disemboweling. There’s a strange dignity in offering yourself up like that, no matter how many of them go home wearing your entrails like a scarf.

2. Chris Harrison will not save you. 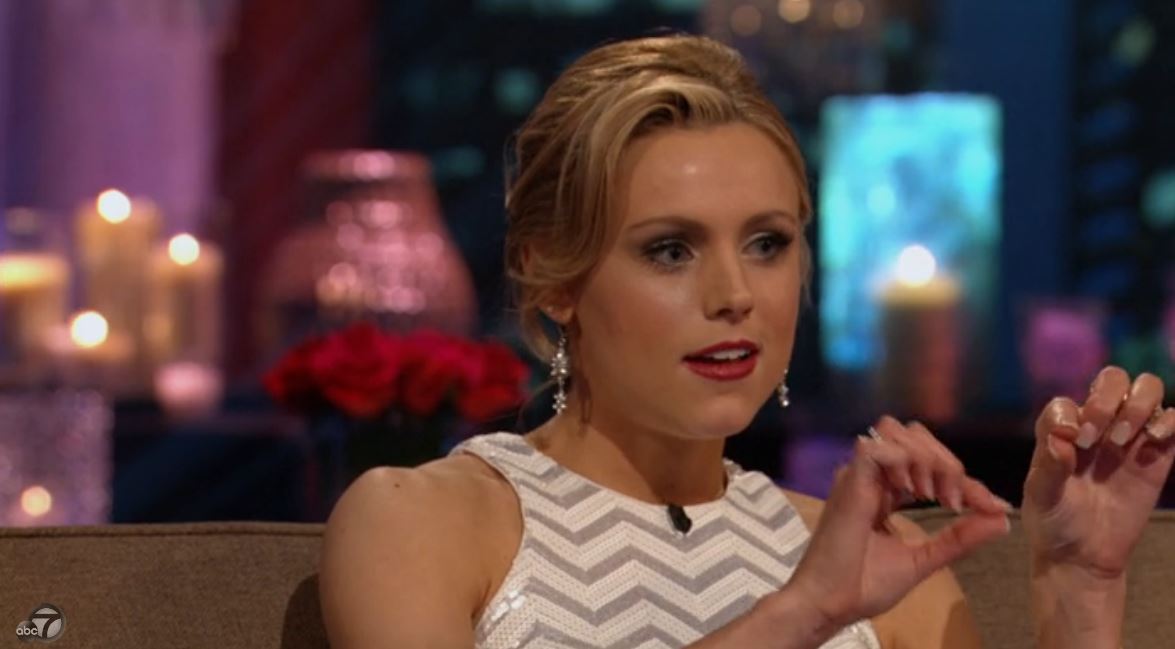 Even in your most vulnerable Women Tell All moments, Chris Harrison — the Shadow Bachelor, the Master of Dark Night of the Soul Ceremonies, the Devourer of Unwanted Hearts — is not there to save you. He’s there to make good television. If he offers you a spot beside him on that stage, it’s not because he thinks your story needs to be heard. It’s to give America a less obstructed view of your pain. He’ll present you a kind face, a shoulder to cry on, a silk hankie into which you may blow your nose. But he will not save you. As its immortal steward, his responsibility is to the sacred institution of The Bachelor, and to America itself. He must deliver the goods, again and again. Trust him at your own peril. But go ahead and take the hankie. It’s covered in chili powder, because your eyes are not watering enough, and we could be doing better in the runny-nose department, Camera 3 wasn’t picking that up so well, let’s really get that sucker flowing for the folks at home.

There is, however, one way to defeat him, albeit temporarily. Give him nothing. Accept his invitation, take your seat onstage, then give him no purchase. “Let’s talk about your weird behavior.” Being on camera all the time is weird, isn’t it? “Were you hallucinating those onions?” You brought him an onion as a host gift, and it is very real. “Did you actually believe you stumbled upon a secret gambling ring in a production office?” Shrug. You were bored and making your own fun. After a few minutes of your calculated stonewalling, he’ll move on to the next victim. He’s heard enough about Mesa Verde’s Wikipedia page. You win. For now. Perhaps you will match wits again in Paradise, where you will roam the beaches of some faraway pleasure island, convinced that the conch shells will whisper the secrets of the universe in your ear if you feed them enough margaritas. 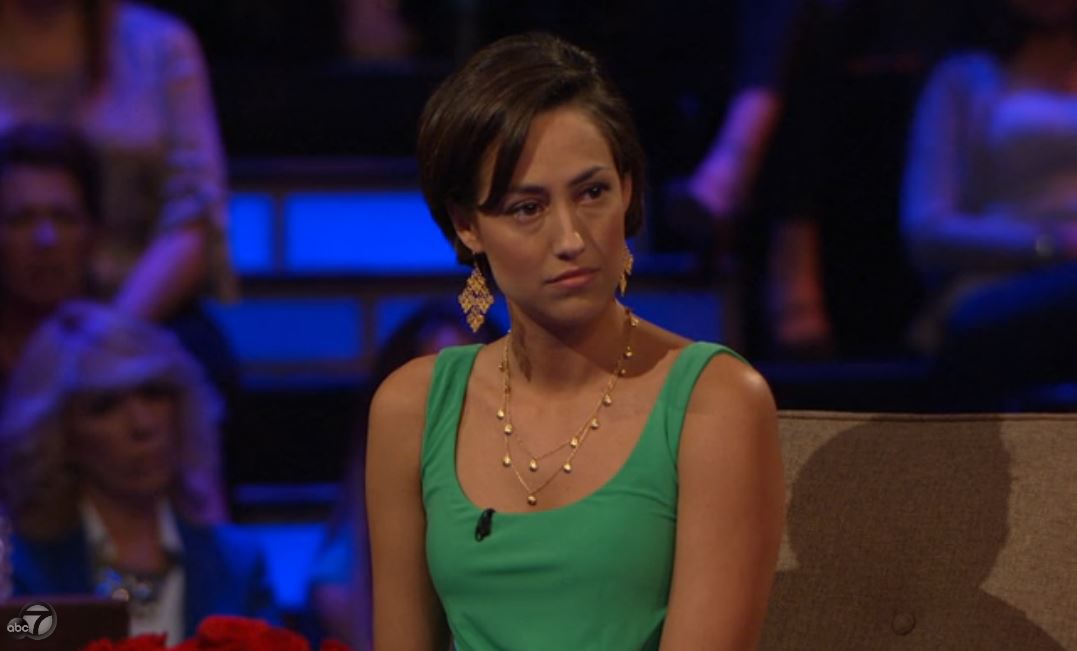 Though it is technically your Bachelor who is on trial at Women Tell All, you may be called upon to explain any unconventional, if highly effective, tactics that advanced you through the competition at the expense of less strategically minded sister-enemies. It’s time to double down. Yes, your panic attack was real, even though your ability to say the words, “I am having a panic attack,” and laugh your way through the usually crippling ordeal made the whole thing seem suspicious. Yes, your story is “amazing,” even if perhaps “amazing” is not the best word to describe a life-altering tragedy that would probably keep most people away from a televised dating show not exactly designed for the working out of grief. No, you did not make up a dead husband, is that fourth-tier virgin Kardashian who’s not even fit to share the same four-poster double-elimination bed out in the middle of the South Dakota Badlands totally effing insane? Yes, you still remain open to all future Bachelor-branded opportunities to find ForeverLove, your story’s not going to get any less amazing if they decide to let you pick your husband from a mansionful of sensitive dudes who can’t wait to hear all about it again. 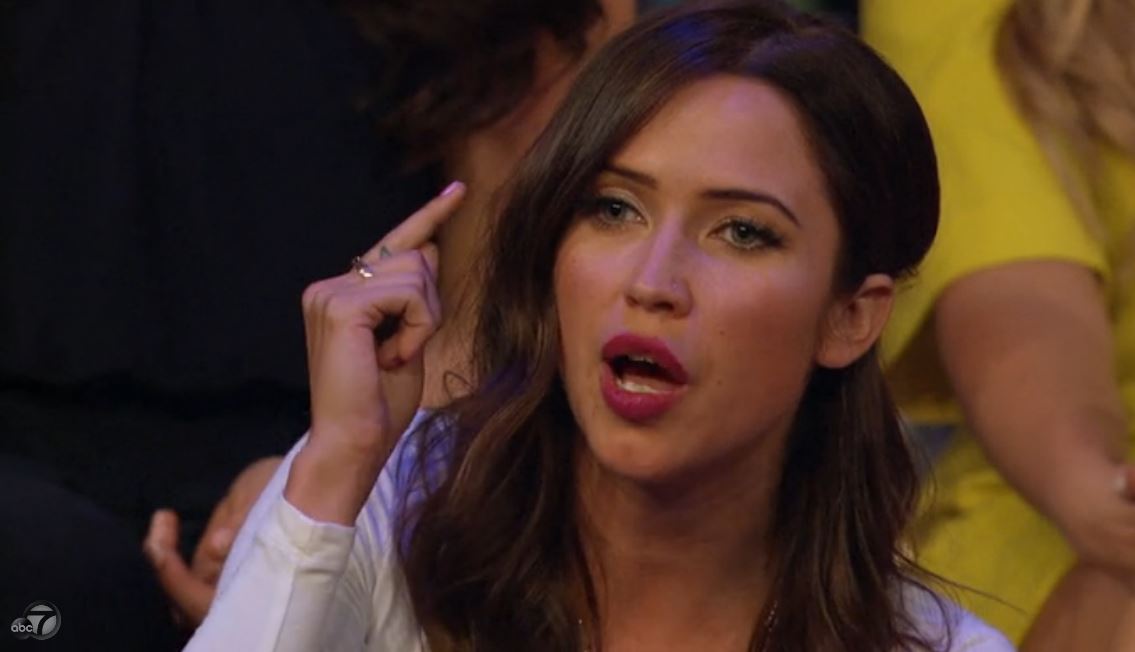 Finally: an audience with your Bachelor. There he is, sitting next to Chris Harrison, smiling nervously, knowing that he will have to answer for every half-explained dismissal, every mumbled justification, every questionable choice he made as he cut a romantic swath through 28 vulnerable hearts. He’s a sitting duck, a fattened Christmas goose, an adorable lamb in overalls and a straw hat led to the slaughter. Awww, are you gonna eat the poor widdle farmer-lamb because he rubbed noses with every ewe in the barnyard? Yes, you must. You don’t care how cute those overalls are, or the way his downy snout wiggles when he nibbles a corn cob. He has hurt you, and it’s time to extract your answers.

How could he put you through the indignity of a late-season rose ceremony when he knew you weren’t going to be his choice? Why would he believe another girl when she said you were lying about being willing to live in a town so small it can’t even support a place to drink away the pain of your rural isolation, didn’t you tell him how one spectacular sunset convinced you to give up all your professional dreams, whatever they may have been? What was “awkward,” exactly, about sitting in front of a flickering laptop screen and sharing your not-so-secret nude photos with him and the entire production crew, or “disturbing” about the fact you never let the “wild stallion” out of the barn during your time together? Doesn’t he know that EVERYONE reads his blog? Why couldn’t he put those feelings into words when they still could have made a difference?

Make him squirm. Get your answers, even stammering, semi-coherent ones he has no real investment in because he’s about to choose the woman he may or may not marry one day in the distant future, then sequester away in a farmhouse three or four hours away from civilization as you know it.

Walk out of the Women Tell All with some degree of closure.

Or at least relief. Whew. You did not go on The Bachelor to win a new life on a farm in the middle of nowhere. No matter how many lambs in overalls and straw hats it might have.

Cat-tastic: A Trip to the Glendale Cat Show

Late Pass: Nobody Told Me Jake Gyllenhaal Was My Favorite Actor