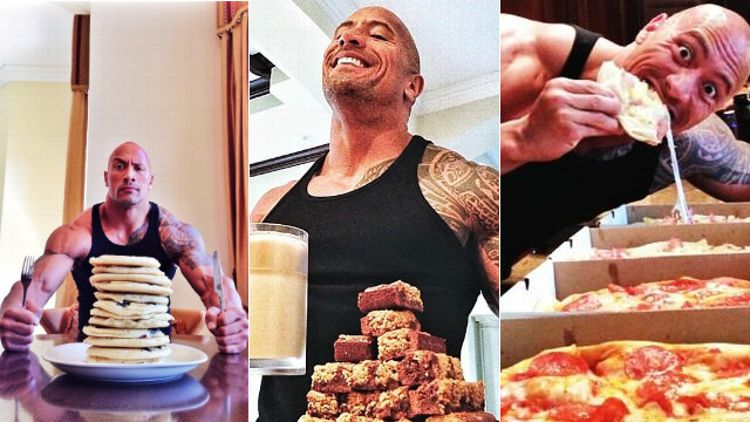 Over the weekend, The Rock documented his “cheat meals” on Twitter. The stomach-exploding damage:

Yesterday, presumably after awakening from a 24-hour diabetic coma, he tweeted this:

Bible says ‘an eye for an eye”. Also says ‘Cardio time big boy. Work off all that junk food U had yesterday’. #MySpecialBible

Filed Under: The Rock

See all The Rock