Digging in the Crates With Rob Corddry: The ‘Ballers’ Star on His New HBO Gig, ‘Childrens Hospital,’ and Finding the Perfect Joke 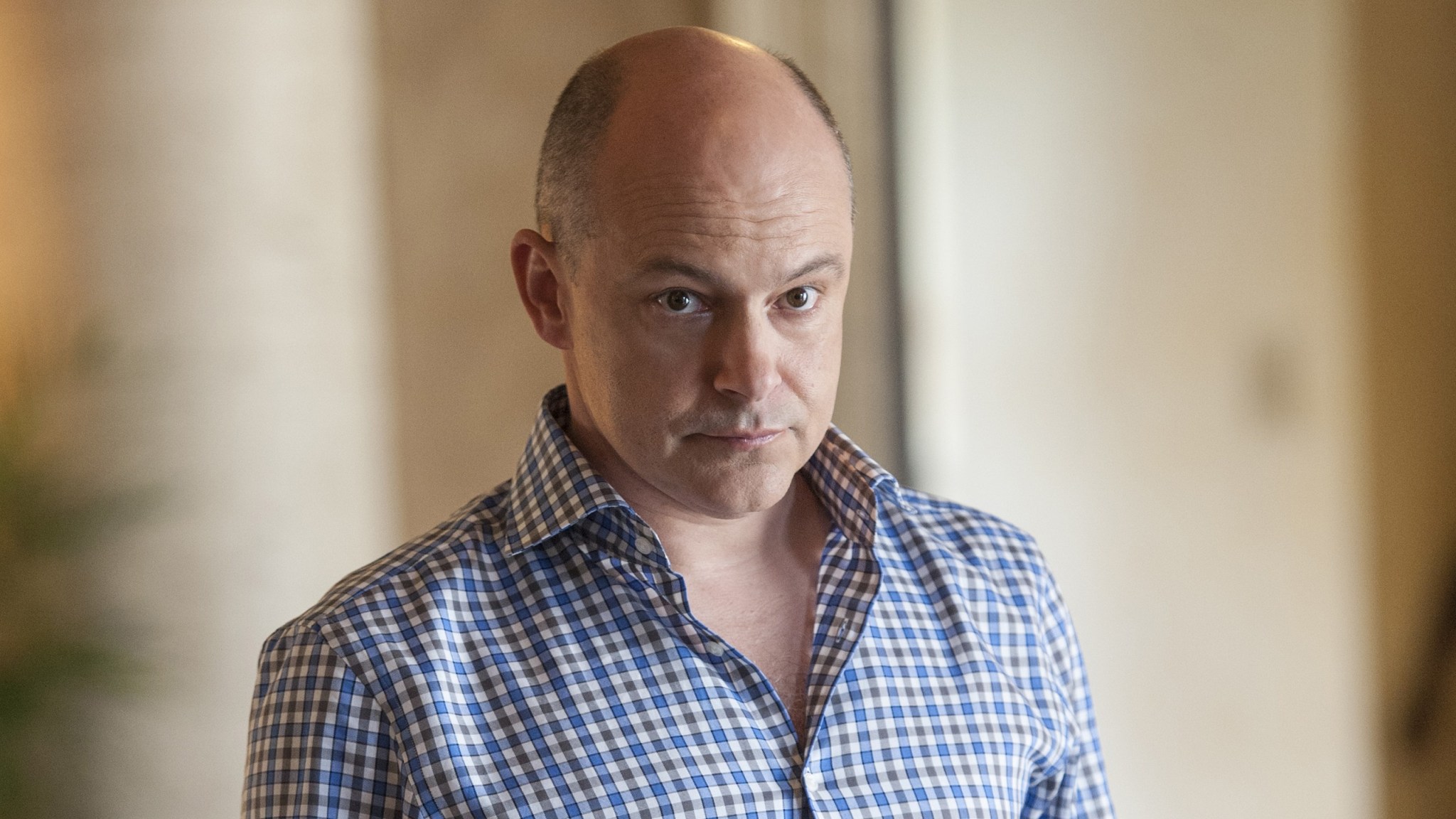 “You’ve got to have a methodology,” Rob Corddry says, darting between crates of tightly packed vinyl like a hummingbird at a wholesale flower market. We’re in Echo Park’s Mono Records, recommended as the best place in L.A. to record shop by a friend who’s dragged me to every swap meet in the county searching for first pressings. Rob’s publicist thought record-shopping might be a good way to see him in his element — and Corddry not only already knew the place, but as soon as he arrived, he asked the owner if an old dealer who sold records out of his trunk was still alive.

Corddry is quiet and intent as he flips through the crates, the exact opposite of about every role you’ve seen him in: from his obtusely balls-out Daily Show correspondent to “Patron Saint of the Totally Fucked” in Hot Tub Time Machine to his upcoming stint on HBO’s new show Ballers, which premieres this Sunday night, as Dwayne Johnson’s smarmy-yet-endearing boss at a financial-planning firm. The show aims to be HBO’s next aspirational-watching pleasure, injecting Entourage DNA into the testosterone-soaked world of professional athletes. I ask how it feels to be on HBO, which is batting close to 1.000 these days, and he admits that he almost didn’t take the role because it shot in Miami, away from his family. But then his wife slapped some sense into him: “It’s HBO! There was no — I was giving myself the stress of feeling like I had to choose, when I didn’t.”

Corddry fishes out some Lightnin’ Hopkins: “This, by the way, is one of the best albums I own.” Then he looks at a song title (“Leave Jike Mary Alone”) and laughs to himself, “I thought it was Chicken Mary.” He got heavy into dirty-South blues on the set of Ballers, a byproduct of his inability to connect with Miami: “I was so sad and lonely there … I wanted to love Miami, I just couldn’t get a feel for that city,” the 44-year-old actor says, flipping past some Thin Lizzy. “Basically, I hated leaving work at the end of the day … I was like, ‘I’m just gonna go back to my place, sit in my underwear, do puzzles, and drink wine.’” So he got himself a turntable, started raiding Miami’s vinyl shops, and delved hard-core into the blues. He estimates he brought home 200 records and then spent Christmas with the family touring the various blues meccas — Nashville, Memphis, Clarksdale.

You could easily take Corddry for granted. He’s got that knack for playing off-kilter sidekicks that might’ve relegated him to being “That Guy,” if not for the prominence and training a stint on The Daily Show imparts.1 He’s got a grin that brings to mind the kind of stranger who tells you a dirty joke in the men’s room. But as well as he does wide-eyed and oblivious, the actual Rob Corddry is deliberate and thoughtful. He’s aware of everything he says and does, a skilled performer who knows that none of us ever really stops performing. You get a sense that Corddry has a methodology for everything.

The compulsion to go deep-bore feels like an essential side of Corddry that audiences don’t get to see. It really comes across when we get into Childrens Hospital, the Emmy-winning medical-show parody on Adult Swim he created and runs with David Wain (The State, Wet Hot American Summer, Role Models), and in which he stars as a clown-doctor in terrifying face paint.2 A comic-absurdity lab, Childrens stokes the fires of passion beyond just the usual late-night Cartoon Network viewership. I tell him I once heard an NPR host force costar Lake Bell — a.k.a. Dr. Cat Black — to talk about it almost ad nauseam on the press tour for In a World…, her well-received directing debut. That gives him a kick. Corddry admits that the most passionate fan base he has definitely comes from that show. “I always get really surprised the different kinds of people that know the show … You’re not surprised when it’s like an 18-year-old kid who might be stoned. [But] I love when journalists are obsessed with it. Henry [Winkler] gets it all the time. It’s a pretty crazy fan base.”

Corddry springs to life talking about the writing process. He’s come straight from rewriting with David Wain — the sixth-season finale airs at midnight this Friday — in what sounds like an all-consuming process. As chaotic and hyperkinetic as the show may be, he explains that you can’t write that by getting high and free-associating. It’s just the opposite: “We’ll write a joke for an hour, arguing the silliest thing because really the whole show is in service of finding that perfect joke. And if we’ve ever found it or not, at least we’ve made familiar premises unfamiliar. We’re only 11 minutes and 15 seconds long. So we have to rely on devices and tropes that viewers don’t even know they know because good writers put a lampshade on it. We rip the lampshade off and make it a 100-watt bulb so people can laugh at the trope and they’re like, ‘Oh my god, that is a thing.’”

Ballers, on the other hand, let Corddry just enjoy himself. Even if the Massachusetts native couldn’t get comfortable in Miami, he got to kick back and deliver on that eager lack of self-awareness he’s so good at. I ask Corddry how one prepares to be the Rock’s partner, and he quips: “We ran a financial management firm for six months; it’s very Method!” He goes back to the records and continues casually, “Nah, it’s not necessary. I used to do shit like that, but I feel like you either have chemistry with someone or you don’t.” And, as he points out, it’s really hard not to have chemistry with Dwayne Johnson — “He really is the nicest guy in the world” — whose appeal has been self-evident from his WWE days. “I look at myself as a device, that’s it. I’m the white id with jokes.”

I watch him pay for the considerable vinyl pile he’s amassed and it occurs to me that maybe Corddry does share something of the burbling, puppy-like intensity of his various screen personae after all. Maybe the laid-back collector is another facade and flipping through crates of vinyl is a therapeutic outlet for excess obsessive energy. As we leave, Corddry speeds off to do more Childrens Hospital writing, that trademark grin on his face. He’s crate-diving again, going hard-core after that perfect joke, and he couldn’t look happier.