The Purge 2 Is Coming. Now Please Address Each of These Unanswered Questions. 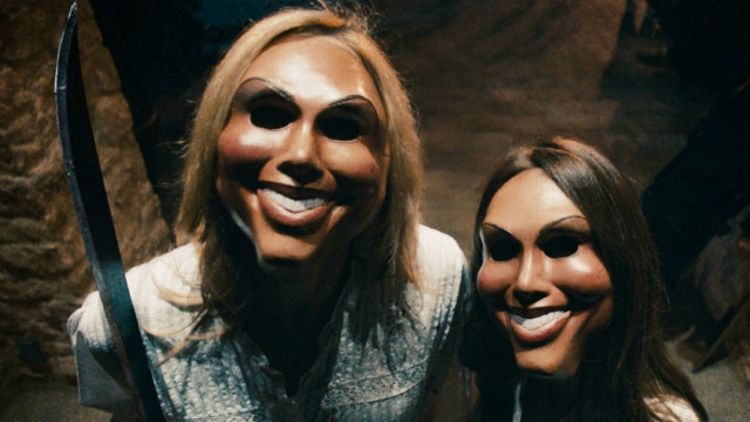 The sequel to Blumhouse Productions’ hit thriller The Purge — green-lighted in June, mere seconds after The Purge’s $34 million opening-weekend box-office numbers came in — has a release date! Circle June 20, 2014, on your calendar! Circle it in blood, or the most bloodlike substance available! Stash a bottle of sparkling cider in the panic-room fridge to make this that much more special of an occasion!

Look, I know I’m probably way too excited about this. The Purge 2: The Repurgening might well end up being the Jeepers Creepers 2 of the Purge franchise. But here’s why I don’t think I’m crazy. The Purge took a premise with a lot of potential — in the near future, all crime is legal for one night a year to let society blow off steam — and used it as the backdrop for a claustrophobic the-call-is-coming-from-inside-the-house single-location thriller. A good thriller, don’t get me wrong: A family inadvertently rescues a stranger who’s being chased by a band of grinning yuppie-prick murderers, said murderers then besiege the family’s fortresslike McMansion, and very bad things happen. It’s great. Watch it with someone you love, or someone you wouldn’t kill even if there were no law against it.

And this didn’t feel like a bait and switch: The Purge cost $3 million to make, and the actors took scale, even white-hot megastar Ethan Hawke, who worked for like $1.98 and a share of the profits (which turned out to be massive). Apart from a few quick found footage–y shots of street mayhem, depicting the impact of a national Devil’s Night on the rest of America was out of writer/director James DeMonaco’s price range; and I knew that, so I didn’t walk out of The Purge disappointed. But you know how when they announce a sequel to, like, Grown Ups, and you turn to your friend or significant other and say, “Hey, great, they’re making Grown Ups 2 — I hope it answers all the unanswered questions I had after Grown Ups,” and you both laugh, because it’s fun to be superior to dumb movies? I really did leave The Purge with actual unanswered questions.

Here are some of the issues I’m hoping The Purge 2: The Best Purge Holiday will address: Does the Purge actually do what it’s supposed to do, in terms of deterring crime the rest of the year? Why is that the case? Would a 12-hour Crime Festivus that happens once a year really stop, say, car theft? Or sexual assault? Has the advent of the Purge created so many glass-replacement jobs that there’s no more poverty to motivate desperate people to stick up liquor stores for money? Or do people just spend the whole rest of the year planning their liquor-store holdups? And is it just violent crime that’s legal during the Purge, or all crime? Can you dump a boatload of medical waste into a rare-bird sanctuary without fear of reprisal? Can you defy the logic of all sex laws during the Purge?

Was there some kind of nationally traumatic event that precipitated the institution of the Purge? Did we vote on this? What about victims’ rights groups and small-business owners and other constituencies that might theoretically have some objections to a night of socially sanctioned street violence and looting? Did they just not suit up for this fight, or did President Bachmann just jam this idea through Congress without any kind of referendum? Is there still Congress? Also, staying with the legal perspective for a second, what happens if you attempt to murder someone during the Purge but they don’t die until after the Purge is over? Does that count as murder? Can you be sued in civil court, like O.J., or is the Purge a pure get-out-of-jail-free card, like “private browsing” but for murder? What happens when law enforcement comes back online at the end of Purge Night — does every police force in the country just spend the rest of the month in tense standoffs with heavily armed criminals who couldn’t quite manage to get their crimes done during that 12-hour Purge window?

In other words, I will not be satisfied unless The Purge 2: So No One Told You the Purge Was Gonna Be This Way (ClapClapClapClap) builds out a plausible socioeconomic and political backstory for the Purge and realistically depicts the American legal system’s struggle to cope with the wide range of new ambiguities created by this event. I want a 12-hour David Simon miniseries that follows cops and district attorneys in a once-great American city during the weeks after the Purge, as they struggle with a raft of new moral and logistical problems. But failing that, I’ll settle for a passable Dawn of the Dead rip-off.

Filed Under: The Purge

See all The Purge