The ‘Police Academy’ Reboot Is Getting Key & Peele’d 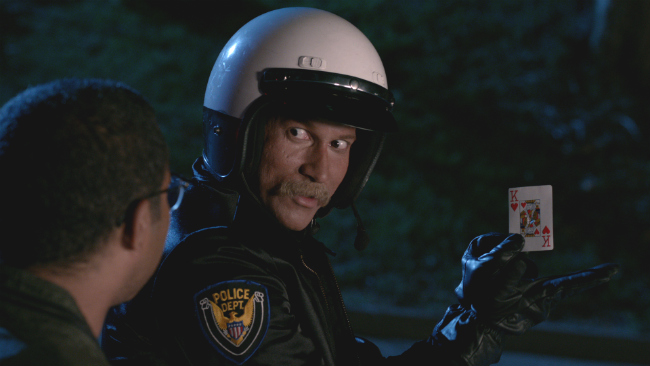 As with any pop culture entity you once cherished and loved, there’s been a reboot of Police Academy kicking around for a little while now. Last we heard, it was early 2012, and Scott Zabielski — a producer and director on Tosh.0 — was going to be our director. Well, it’s under new management now, and these guys, you might have heard of before: As THR reports, Key & Peele have just been hired to produce Police Academy 2.0.

The studio, New Line, has also brought in Paul Maslansky, a producer on the original franchise, which ran for an impressive seven installations from 1984’s original to 1994’s Mission to Moscow. (See, we told you 1994 was a hell of a year in movies.) He’s promised a “new class” and “new talent”; at the very least, “we’ll most probably retain the wonderful musical theme.” And who can’t get excited about that?!

And while there’s no word on whether Key & Peele will appear onscreen — well, it’d be weird if they didn’t, right? This, in general, seems like a pretty good next step for the duo. With their namesake Comedy Central sketch show now heading for a fourth season, they continue to enjoy a healthy crossover media presence. That their show touches on politics and race relations has allowed them to mix it up with the “serious news” folks, and it even landed them a Time cover. And while it may have felt like they were operating under the radar in the beginning, it now seems they are neither underrated nor overrated, but enjoying a brief, rare moment in the “properly rated” zone.

Also mitigating Key & Peele’s exposure on this one: This is their second-biggest big-screen project. As we told you in November, Judd Apatow is producing a full-length, proper Key & Peele movie. Apatow’s cooled off a bit on his comedy kingmaker approach, so that he’s betting big on these guys is certainly a compliment. Or, as he put it: “I love these guys because they are riotously, make-you-sick-because-you-can’t-stop-laughing funny. I think Key and Peele are capable of making the movie that America desperately needs right now.”

In an interview with THR, the duo hinted at some of the possible plot elements:

KEY: It looks like it could be a movie about family and what family means to different people. Jordan has just found family members recently. And I’m adopted, and I’ve had a relationship with my biological mother for about 16 years now. I have siblings that I didn’t know 16 years ago; and what is the difference between these blood relatives and the brother that I grew up with my whole life? One of Judd’s great talents is he knows how to inject the heart into a story.

PEELE: He’s a real master of starting with truth, autobiographical truth. The only siblings I know I have I’m starting to meet right now. My dad’s litter, as I call it, is sprinkled around the country. We would be playing characters close to ourselves with a similar [family] dynamic.

Oh, and these guys are also gonna be on four episodes of FX’s Fargo adaptation? According to EW, they’ll play “FBI partners Webb Pepper (Peele) and Bill Budge (Key), who, after a violent run-in with hit-man Lorne Malvo (Billy Bob Thornton), become obsessed with finding him again.”

All of which is to say this: Key & Peele are suddenly everywhere. Maybe at some point we’ll start referring to them by their first names.

April Book Recommendations: Farm to Table to Family to Kitchen