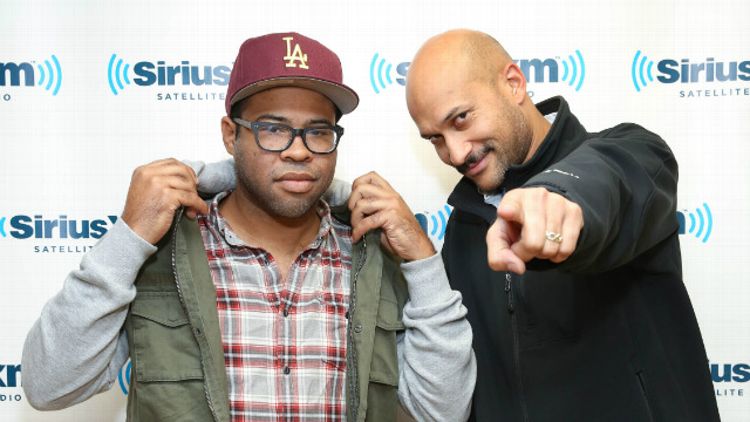 Universal just made the best decision of the week/the month/the back half of 2013 by inking a film deal with MADtv veterans and current Comedy Central power players Keegan-Michael Key and Jordan Peele. The pair will executive-produce as well as write the script alongside Judd Apatow, who will also produce. Apatow isn’t giving up the plot quite yet — which is fine, we just learned about this beautiful prospect moments ago — but he says, “I love these guys because they are riotously, make-you-sick-because-you-can’t-stop-laughing funny. I think Key and Peele are capable of making the movie that America desperately needs right now.” Bingo. If Key and Peele, sans Apatow, got a deal to simply make a Key & Peele movie, I’d be off-the-walls excited. If Deadline’s headline were “Key & Peele Football Names Sketch Gets Movie Trilogy at Universal,” I’d be overjoyed.

But no, there shall be Apatow. Not that you need the roll call, but in addition to his four films as writer/director, Apatow has also produced The Ben Stiller Show, Freaks and Geeks, Anchorman and the upcoming sequel, Superbad, Forgetting Sarah Marshall, Bridesmaids, and HBO’s Girls. And Judd’s not a guy who’ll give you a few notes and slap his name on the thing, either — before Girls premiered in early 2012, Lena Dunham told New York magazine that Apatow had watched dailies, read every script, and even assisted with casting decisions. So Key and Peele will be in good, comedy-nurturing hands, and Apatow will in turn be in the good, inexplicably strong hands of the men who gave us this:

Death of the Avatar: Rayman Fiesta Run, Dumb Ways to Die, and Limbo