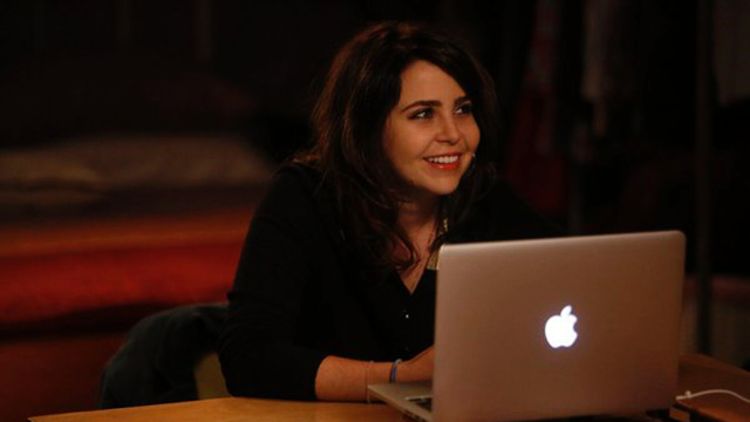 What’s that sound you hear? It’s the chorus of a nation sniffling as Parenthood began its fifth season last night. It has been several months since the show was on the air — eight, to be exact— and that’s about how much time has passed on the show as well. The precise time gap is not quite clear, but it was enough for well more than half of the family to get new haircuts. Allow me to catch you up with the new hairstyles and accompanying plotlines:

While everyone looks nice, the clear haircut MVP is Kristina Braverman. She has always had great mom hair — long enough to be tied back, styled but not stylized. Last season she lost all of it as she went through chemotherapy. She’s in remission now, and so her hair has grown to slightly-longer-than-bob length. She’s going with a side part and natural waves. In true Parenthood fashion, it’s practical and stylish and makes perfect sense for the character. 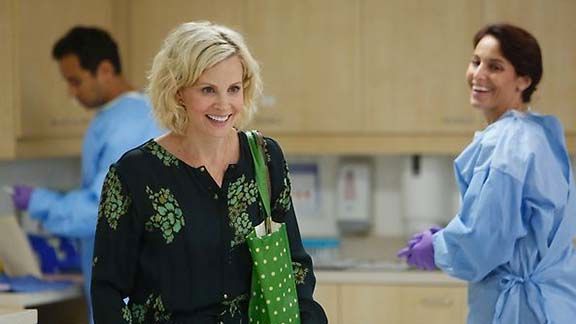 I fear that the characters with the most noticeable hair adjustments are the ones who will be making us weep this season. Given that it was the season premiere, there was not a sob-inducing moment. Nonetheless, I can feel the drama and attendant emotions coming on. Let us prepare for the crises that await and those already afoot.

The impending fights between Joel and Julia. I’m officially worried about this marriage. Joel is embarking on a two-year construction with architect Pete, played by Penny from Lost (Sonya Walger). Joel didn’t mention that Pete was a woman until Julia actually met her, and that can’t be a good sign. Meanwhile, Julia is trying to go back to work at a big law firm, but her abrupt departure is preventing her from finding a new job. This couple made it through the adoption of their son with far too few fights, and it appears their marital bliss is about to run out. Can we collectively survive a cheating plotline? I’m already upset.

The inevitable reunion of Sarah and Hank. Thank you based Parenthood writers for immediately bringing back Ray Romano’s Hank character. He showed up right after the theme song. How did we get so lucky? Sarah doesn’t know that he’s back in the Bay Area, but obviously she will soon since he is mentoring her nephew, Max. Even if Hank turns out to be another passing boyfriend for Sarah, we are ensured at least one arc that involves both of them. While almost anyone would be better than Mr. Cyr (no offense to Jason Ritter), Hank is a gift on this show.

Adam and Crosby’s late-night car ride. Adam and Crosby’s brotherhood has blossomed into one of the most compelling relationships. Last night, Crosby turns to Adam, looking for reassurances that parenting his newborn daughter will get easier, and that he’d feel more connected to her. There was no sappy music playing in the background, but this struck me as the most emotionally honest moment of the night. (I’m not a parent, though, so what do I know?)

Ryan proposes to Amber. Last season, Amber wisely broke up with Ryan when his drinking was out of control, yet they reunited at the end of the season. In the final scene from last night’s premiere, Ryan returns to Berkeley after serving a second tour in the Army. They meet again in a school gymnasium last night with a Joshua Radin soundtrack. As soon as the song came on, it was clear the writers intended to break us down. I don’t like Ryan, though, so initially I was annoyed that the climax was wasted on this character, who I doubt will make it to the end of the season. However, there was a quick shot of Amber hugging Ryan in which we got to see her chipped nail polish. It was a small touch, but entirely perfect, reminding us of this show’s impressive attention to detail. Even if a plot is far-fetched or borderline absurd, the characters remain consistent. In turn, I am consistently obsessed with Amber and invested in her happiness, so I succumbed. I was happy for Amber and my eyes welled up.

Based on the groundwork laid in this episode, we’ve got a journey ahead of us. Each week, my pod partner David Jacoby will be recapping the tears we shed as we pray that Joel and Julia quickly smooth things over, along with any other heart-wrenching drama. Hopefully the Joshua Radin will be kept to a minimum.