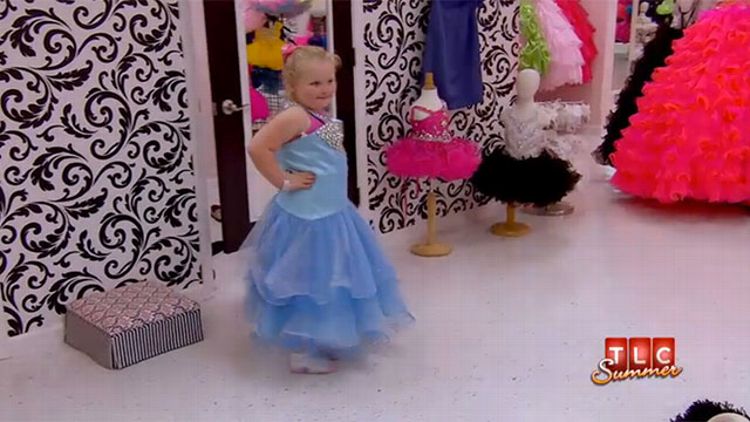 Household chores are a divisive set of responsibilities for any family. Maintaining a home requires physical output and a financial investment in cleaning chemicals and other supplies. But the actual time and energy spent performing chores takes an emotional toll on an individual’s perception of their value within a household. It can very easily make a person feel imprisoned in their own home if chores aren’t emotionally defined. The house that Sugar Bear built is no different. While he recovered in the hospital, his fiancée, June, spent her time at his bedside. Instead of letting the state of the house deteriorate, the girls picked up the household workload from their mother in order to indirectly contribute to his recovery.

Alana, Sugar Bear’s biological daughter, seems the most compelled to clean the house. She uses a mop to scrub the floors, countertops, cabinets, and even the fridge. Most people would have used at least two different products to clean these different surfaces. Swiffers, Clorox wipes, sponges, and ShamWows could all probably disinfect, scrub, and absorb. But in a way, the young Honey Boo Boo child single-handedly deconstructed the scant offerings of the multi-billion-dollar household cleaning supply industry. In a world where we are bombarded with so many products that claim to do more with less work, Alana’s decision to use the mop as a singular cleaning device was a metaphor for the American spirit. Getting work done isn’t about technological innovation — a mop is just a rag at the end of a stick. The real work is done by the American who doesn’t mind putting passion and effort into the task.

Sugar Bear was eventually released from a two-week stint in the hospital. While he lay in pain even after his discharge, it was hard not to think about June’s emotions as her future husband’s body was in complete toxic crisis. It was even more difficult not to think about the medical costs of a two-week stay in the hospital. In the United States, the government is constantly battling over health care rights and patient privileges. We all believe that every man, woman, and child has the right to see a doctor, but we don’t agree on who should be paying for it depending on the citizen’s financial means. Sugar Bear and the girls might be on government assistance, but his hospitalization was meant to demonstrate that there are real people who will benefit from programs like President Obama’s health care reform. The richest people in society need to understand their tax contributions improve the American standard of living across the board.

June decides to take the girls dress shopping for bridesmaid dresses. After the success of the female-driven comedy Bridesmaids, which was based on the flawed relationships between non-blood-related women, it was refreshing to see a family of girls who were genuinely connected. However, dress shopping is potentially the most stressful activity for any female in today’s society. There is an impossible standard set for women. In our culture of judgment, the women were strong to show off their bodies despite their flaws.

Pumpkin’s first time in a dress was a moment that transcended feminism. Girls are often paraded around in dresses and skirts at a young age to subconsciously “feminize” them. This never took place under the watch of June and Sugar Bear. Despite Alana’s participation in pageants, Pumpkin was the quintessential tomboy. The parents allowed their daughters to wear the clothes that they felt most comfortable in. In a world where the vast majority of Generation Z perceives themselves as having been bullied for “not fitting in,” June’s daughters all feel like themselves, particularly because of the reinforcement within the familial unit.

The girls planned a bridal shower pizza party for their mother, which was the perfect opportunity for June to be supported by close friends and family. After the hospitalization of Sugar Bear, it was clear that June had subconsciously confronted her own mortality. She went on to use the party to crowdsource marriage advice from women who had experience. One friend advised June, “Never go to bed mad.” The words fit in perfectly to the widepsread YOLOfication of life strategies in 2013. Since we only live once, the idea of falling asleep, and, possibly, dying while mad might mean that you wasted life. With the commitment ceremony on the horizon, one gets the feeling that June will be sleeping with a smile for the rest of her life.