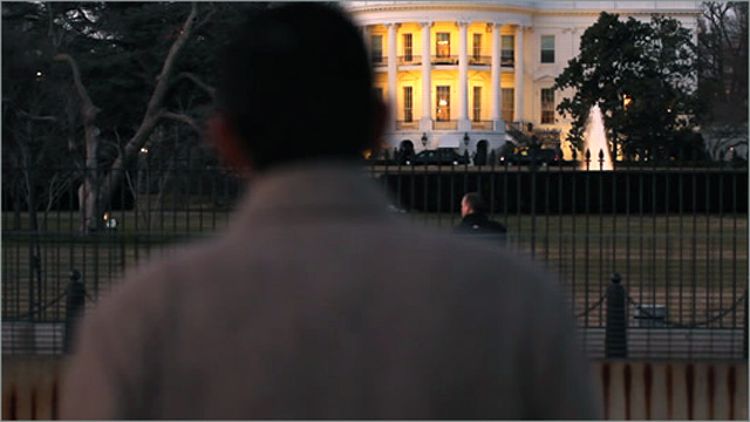 One of the stock arguments in competitive debate is a nifty thing called the Disadvantage. The name is self-evident — if your opponent proposes x, a Disadvantage lays out the disadvantages of doing x. The argument consists of four distinct yet interlocking parts. Part A is uniqueness, which is just debate-speak for “this scenario that I’m about to predict hasn’t happened yet.” For example, if you were to argue that the Red Sox will never win the American League East without Josh Hamilton (or a comparable power-hitting outfielder) on the roster, you would have to simply establish that Josh Hamilton (or a comparable power-hitting outfielder) is not currently on the Red Sox roster. Part B is the link, where you link your scenario to the other team’s plan of action. So, if your opponent plans to slash salaries and invest in defense, your argument would be “My opponent’s plan to slash salaries will make it impossible for the Red Sox to sign Josh Hamilton (or a comparable player).” Part C is called the internal link, whereby you have to simply establish that Part B will ultimately lead to Part D: the impact to the Disadvantage, which in this case is that the Red Sox will finish in last in the American League East.

Broken down, the argument looks something like this: “The Red Sox are in fourth place in the American League East and do not have Josh Hamilton or a player of his caliber on their roster (Part A: Uniqueness). My opponent plans to slash salaries and invest in defense (Part B: Link). If the Red Sox slash salaries, they will not be able to sign Josh Hamilton (or a comparable power-hitting outfielder) this offseason (Part C: Internal Link), dooming them to another season in which they cannot possibly win the American League East, which will lead to decreased market visibility for Dunkin Donuts (and this is where debate tends to get crazy), which in turn will crash the New England economy, which will lead to another economic downturn, which will hamper overall military readiness, which will lead Iran to rapidly nuclearize and destroy the world (Part D: Impact).

If all this sounds overly complicated and silly, it’s because it is. Debate is a rhetorical and logical exercise that teaches the fundamental structure of an argument, but does little to ground its competitors in any sort of reality. As long as the x‘s, y‘s, A‘s, B‘s, C‘s, and D‘s line up with one another, the world can be whatever you say it is.

2016: Obama’s America, a film by political author and Kings College president Dinesh D’Souza, follows the basic structure of the Disadvantage. This is not surprising. D’Souza rose to prominence in the conservative ranks through some very highly publicized debates, most notably with Jesse Jackson. Like all wonks, especially wonks who study the founding documents, D’Souza finds great significance in specific words and uses linguistic choices to build out structured arguments. Hence, the opening argument in 2016: Obama’s memoir was titled Dreams From My Father, instead of Dreams of My Father. According to D’Souza, the difference between “of” and “from” reveals who owns those dreams. If Obama had titled it Dreams of My Father, the dreams would be his father’s and the book could be read as an inspirational memoir. But because Obama used the word “from,” D’Souza argues that the dreams of the father have manifested themselves in the son.

This is an old debate trick and holds up to the rigors of pure logic. Just as a book called, say, Airborne Diseases of the Amazon would connote that the diseases stayed in the Amazon, Airborne Diseases from the Amazon would indicate that the diseases had traveled elsewhere. And if the document in question was the Constitution of the United States of America, the Declaration of Independence, or the Holy Bible, D’Souza’s argument might elicit more than an eye-roll from the majority of the American public. But the document in question is a mass-market publication that contains hundreds of pages of its own explanation, most of which D’Souza ignores in favor of the following overarching narrative: The young Barack Obama grew up idolizing his absentee father; internalized his old man’s ambitions and political philosophies; and developed his anti-colonial dogma through mentor relationships with the Reverend Jeremiah Wright, Bill Ayers, and Frank Marshall Davis, a card-carrying Communist who spent a lot of time with Obama during his childhood in Hawaii. According to D’Souza, the elder Obama dreamed of a world free from colonial dominance, a world where the United States would not have the economic and military power to subjugate Africa, the Middle East, and South America.

All these dreams live in the son, and because the young Obama still wants to realize his father’s dreams and impress a dead, absent man, the primary objective of Obama’s second term will be to cripple America and set up a socialist welfare state, thereby allowing for the rise of radical Islam in the Middle East, a phenomenon D’Souza calls “The United States of Islam.”

My interest in D’Souza’s film comes from my own career in debate, not from any partisan concerns. In an election season during which Here Comes Honey Boo Boo outrates the Republican National Convention, how do you explain the success of D’Souza’s film? 2016 has become the unexpected hit of the summer. Back in July, it aired on just one screen in Houston. It now plays in every major metropolitan area and has spent a surprising amount of time near the top of the box office charts. D’Souza has gone on a national media tour, including a heated exchange this past week with former friend Bill Maher.

The answer seems to lie in the structure of the Disadvantage. Again, debate is a purely rhetorical exercise, where the symmetry of words and arguments stand in for the known world. Political discourse, predictably, follows this pattern on both sides of the aisle. But in recent years, those same structures of argumentation have been completely shifted over to explain the personal motivations of politicians. Back in the days when politicians accused each other of “flip-flopping” on issues nobody cared about, a real, political action might have been the Link for the Disadvantage. Today the politician himself has become the Link, the Internal Link, and the Impact. The life story of George W. Bush, for example, now explains eight years of domestic and foreign decisions that were conducted by three separate branches of government. Mitt Romney’s wealthy childhood and alleged bullying of a high school classmate have had more sway in the early election run than his career as a politician.

We have turned today’s presidential candidates into demigods driven by familiar, recognizable psychological needs. What D’Souza is trying to do to Obama is what the left did to Bush — construct a semi-plausible profile that can explain eight years of politicking into one, destructive compulsion to destroy the United States.

That’s how you build the modern demigod: Create a powerful reference point (Link) and bury it somewhere in his childhood. And given how much of our lives involve an interface with words, whether it be through the Internet or television, it makes sense that pure linguistic symmetries would hold such appeal to voters. (Interestingly enough, beginning in the summer of 2010, this same exact process was used to vilify LeBron James, as every on-court failure got routed back to the same tired story of how the young LeBron felt betrayed by his father and decided to align himself with proven winners.)

Several critics have pointed out that D’Souza’s film offers very little in the way of evidence. This is true. As proof that Obama harbors militant anti-colonial sentiments, D’Souza points out that Obama returned a bust of Winston Churchill to the British upon assuming office and that he supports Argentina over the British in the dispute over the Falkland Islands. But aside from those two facts, nearly everything else is pure psychological conjecture. Which, in purely financial and market terms, is the right choice. Myth-building will always rate higher than real-world analysis. But at a time when an entire generation of young people are slowly realizing that their lives will be considerably worse than their parents’ lives, this unreal, floating iteration of the American political drama feels dangerously irrelevant. Dinesh D’Souza’s film will not swing the 2012 election. But something like it will. And if everything in the election can be reduced to the interplay between high school debate and simple, reductive, and ultimately irrelevant life stories, what are we really voting for?