The Kardashiad, Week 7.5: Keeping Up With Kris Humphries’s Legal Attempt to Destroy His Ex-Wife 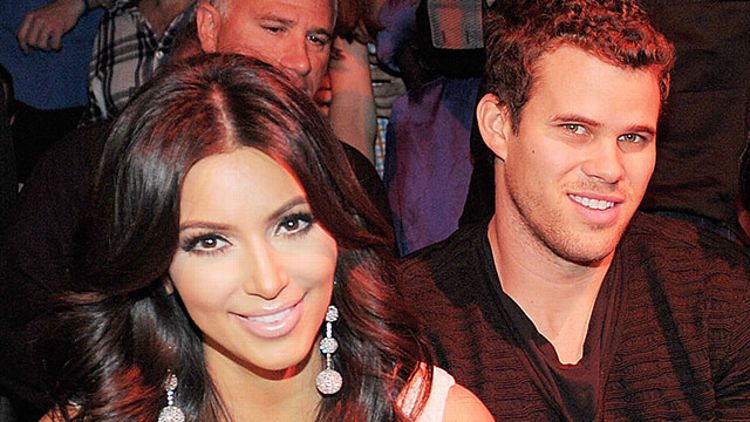 In February, lawyers for Brooklyn Nets power forward Kris Humphries — who’s seeking an annulment of his marriage to Kim Kardashian on the grounds that said marriage was a sham — deposed one Russell Jay, a co-executive producer of Keeping Up With the Kardashians and related offshoots. This week Life & Style Weekly obtained a leaked copy of that deposition and published excerpts in which Jay admits to three things:

Here, totally out of context, is Russell Jay’s most recent tweet, from March 8:

Humphries has refused to grant Kim a divorce, even reportedly turning down a $10 million settlement offer; the usual nameless “source close to” told Radar Online earlier this year that “it has never been about money for him.” It is, maybe, about the Lord — and we don’t mean Lord Disick. Humphries is an evangelical Christian who married Kim in a “God-honoring, Christ-centered ceremony” officiated by his hometown pastor. An annulment would allow him to be free from the Kardashian hive-mind in the eyes of the law without angering his God, who in Humphries’s belief system frowns on divorce. So that’s one story. Another story is that under California law, an annulment would most likely also void the presumably bombproof prenup Humphries signed before marrying Kardashian. That agreement prevents Humphries from going after Kim’s $35 million personal fortune; more importantly, it has kept him from publicly detailing how the sham marital sausage was allegedly made, putting his name on a tell-all book, getting out the tear-stick for a Dateline interview, etc. Assuming that the manipulations revealed in Ray’s deposition are merely the tip of the iceberg and not the totality thereof, we’ll almost certainly learn a lot more about that sausage-making process in the days and weeks to come, because whatever else he wants, Humphries obviously wants revenge, which is either not very Christian or very Christian depending on your theological viewpoint.

Life & Style spun the leak of the deposition as a huge win for Team Humphries, while TMZ pointed out that the proposal-reshoot revelation might actually kill Humphries’s fraud case, since it shows us (a) that Kim, who supposedly tricked Humphries into a publicity-stunt marriage, was surprised enough by his proposal that she felt she needed a do-over, and (b) that Humphries obliged her by re-proposing, which would seem to indicate both an awareness on his part of the managedness of every moment of the Kardashians’ lives and a willingness to help them weave their web of lies. “This is normal operating procedure on any reality show,” a Kim-camp source told the New York Post‘s “Page Six.” “None of this shows fraud, which is what Kris is trying to prove. His entire case is based on the premise that he is the stupidest person on the planet.”

It brings me no pleasure to agree with someone who is so obviously Kris Jenner, but I agree. As someone who writes a column dedicated to the overthinking of all things Kardashian, I’d love it if Humphries’s decision to make his case about the definition of “fraud” in a reality-television context led to his legal team putting the whole medium on trial. But that’s not what’s going to happen. This case is going to be about what Kris Humphries didn’t know and how he could possibly have not known it; it’ll involve Humphries trying to prove that he married a Kardashian without first grasping certain truths about the show’s fungible commitment to documentary realism that even KUWTK‘s dimmest viewers intuited long ago. In a way, that’s the most touching part of this story — the idea of Kris Humphries setting out to destroy Kim and her kin by exposing them as a bunch of phonies. Has he not watched the show? It is a show about a bunch of phonies. Or, more precisely, it’s a show about people who’ve been doing a reality show about their lives for so long that the line between the fabricated/malleable and the genuine has become a meaningless abstraction. To like the Kardashians is to make peace with this fact or to not be bothered by it in the first place. It is a lie, we are all in on it, and therefore it hurts no one. The only real question left is what Kanye will wear when he’s inevitably called as a witness. My money’s on “business-casual leather skirt and space-boots.”

Filed Under: Keeping Up With the Kardashians, Kim Kardashian, Kourtney and Kim Take Miami, Kris Humphries, Kris Jenner, The Kardashiad

Video on Demand Report: Life of Pi Is on Demand; Maybe Now's the Time to Get That 3-D TV

The Office Takes a Quick, Ill-Fated Trip to The Farm