The Great Gatsby Trailer: Just Like You Remember From Freshman English 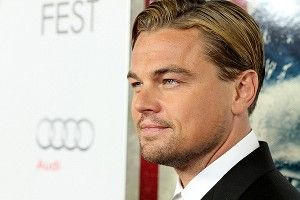 There are all manners of people presumably psyched that Baz Luhrmann’s long-gestating 3-D take on The Great Gatsby — starring Tobey Maguire as Nick Carraway, Carey Mulligan as Daisy Buchanan, and Leonardo DiCaprio as the big man — is finally upon us: Fans of Fitzgerald’s sparkling fiction, admirers of Luhrmann’s iconoclastic approach to classic material, people who like seeing Leo look old-timey. But I think it’s safe to say that no one is more excited about this than loafing incoming high school freshmen, who either realize now, or soon will, that this over-the-top and glitzy Hollywood production may have just cut their required reading list for English class down by one. All we’re talking is two hours in an air-conditioned theater (maybe with a spiked Slurpee you smuggled in; I mean, I don’t know how the kids get down these days) and, boom, you don’t even have to bother flipping through the CliffsNotes for Gatsby five minutes before class starts and trying to memorize, like, two key plot points to make it seem like you read the whole thing. (Yes, there’s a 1974 version with Robert Redford and Sam Waterson, but if these kids are this uninterested in a relatively short literary classic, they’re probably not too into ’70s cinema, either.) Thanks, Baz. You’ve made some lazy children who hate reading very, very happy.