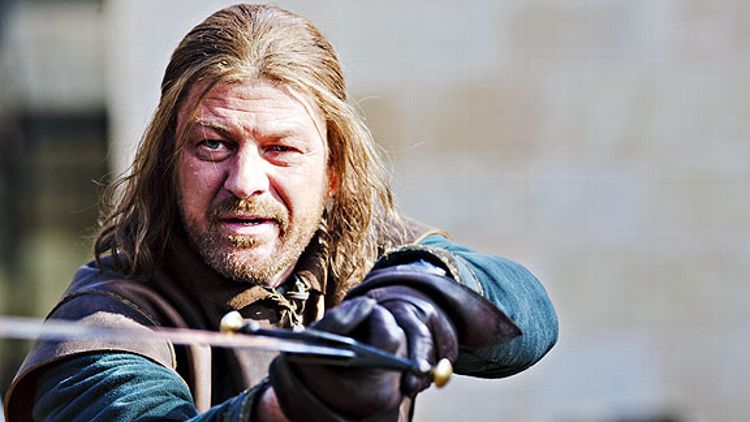 Do you remember when television was meant to be relaxing? “The Boob Tube,” “The Idiot Box,” and all the other old nicknames you may have stumbled across in Archie comics spoke of TV’s accepted role in the lives of Americans: as background flashing for beer-drinking, end-of-day dozing, and general time-wasting. Things are different now. For one, the television itself has transformed from a flickering, wood-panelled brick into a sexy sliver of space-age electronics, wired into a thousand entertainment streams at any given moment. But what’s also changed is the programming and, more important, the way we interact with it.

In a world with a thousand entertainment choices, committing to a TV show has become a serious business. As viewing options have expanded, most networks have responded by amping up the serialization of their series; every episode leads directly into the next and there is precious little hand-holding for plot-dawdlers or newcomers. There is no casual viewer of Breaking Bad or Lost. To watch a show means to keep up with every episode, to participate in the dialogue about it online, to obsess over every development on Twitter and message boards. Television is no longer a passive medium; it demands attention, involvement, and that most precious of commodities, dragon eggs time. (Even the DVR — that magical device that promised to unshackle us from the cruel constraints of schedules and commercials — hasn’t been able to defeat the scourge of Internet immediacy. If you don’t watch a serialized show the night it’s on, you’re likely to be spoiled faster than a bucket of milk left on the tarmac at Kandahar International.) We no longer tune in to tune out. We fire up the flat screen to get fired up.

And so, we, the audience, must choose wisely. There are few things as infuriating as hitching our eyeball-wagons to a loser — as unfortunate viewers of The Killing discovered just last night. We become more attached — perhaps irrationally so — to TV shows than to other media precisely because we spend so much time with them. (In our homes no less — often wearing things we wouldn’t let anyone but Don Draper or, at the very least, Ron Popeil see us in.) When The Killing — after a promising, if damp, beginning — began to wobble on the tracks, few of us gave up; we’d already committed! And so we rode it out, even while the nonsense began to rain down harder than the actual rain in fake Seattle, trapped like passengers who slowly discover the taxi driver is drunk. (Not to mention terrible at solving crimes.) A disastrous season finale isn’t just a failure of storytelling, it stings like a personal betrayal.

All of this brings me back to my turnaround on another ambitious cable series that wrapped up its first season last night: Game of Thrones. When it debuted, the show left me cold: I’m not a fan of humorless fantasy, and a fellow can only take so many scenes of English people raping and not using contractions before he begins to think of better ways to spend his evening. But I stuck with it — honestly, once committed, giving up on a show is like pulling over and asking for directions; death (by boredom) before dishonor! — and last week my patience was rewarded with a jaw-and-rest-of-skull-dropping twist that turned the entire series on its, ahem, head. (The reaction in my household wasn’t as vocal as this. But it was close.)

Game of Thrones, you see, has an enormous advantage over other suitors for our Sunday TV time: a map. Not just one map, either: a five-(eventually seven-)book series that lays out, in excruciating detail, every half-blood relation, every lopped off tongue, and, yes, every forcible gypsy rape. The first season of Game of Thrones hasn’t made me a fan of Westeros, but it’s made me a fan of the sort of confident viewing experience that a well-planned (and well-executed) series can provide. And showrunners David Benioff and D.B. Weiss deserve as much of the credit as author George R.R. Martin: It’s no easy task breaking and transforming phone-book-thick novels about palace intrigue into 10 well-paced, hour-long episodes of television, each with its own dramatic ebb and flow. And yet that’s just what they’ve done: Last night’s finale was particularly graceful, as they chose primarily to focus on subtle reactions to the death of Ned Stark: Bran’s ashen face, Catelyn’s stern resolve, Robb’s transformation into the anti-Lorax, destroyer of trees.

Watching television in 2011 can be hard. Maybe not “wandering into a funeral pyre and birthing baby dragons naked” hard, but still. Game of Thrones isn’t revolutionary in its content or its storytelling — but by soothing the doubts in our head and tending to the wounds left by recent mistakes (this bruise is from slapping my head while watching Rubicon; I pulled that muscle falling asleep in the La-Z-Boy during Lights Out) it’s taken television back to a simpler, more trusting time. It’s a pleasant surprise to remember that what we want most of all out of our television experience is to be told a good story — and not the opportunity to burn a showrunner in effigy on YouTube (sorry, Damon Lindelof!).

OK, what we actually want most of all is that pissant Joffrey’s head on a stick. But until that happens, we’ll take the quiet comfort — and occasional rapey pleasures — of a show that isn’t driving us off a cliff.

Filed Under: AMC, Game of Thrones, HBO, The Killing, TV, Watching the Thrones

Green Lantern vs. the Space Chicken