Green Lantern vs. the Space Chicken 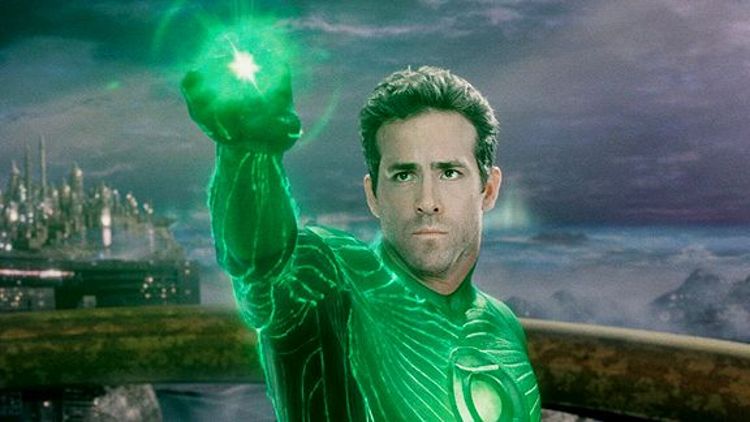 This weekend Warner Brothers will debut Green Lantern, a wildly hyped superhero epic that aims to do for DC Comics what Iron Man did for DC’s blood rival, Marvel: use a lesser-known property to establish a shared cinematic universe that will span multiple films, franchises, and corn chip flavors. The reportedly $300 million (!) movie is a test balloon that, with the right box office, could lead to a Justice League film and, with the company’s big guns safely squared away in prestige projects, a day at the multiplexes for everyone from Aquaman to Klarion the Witch Boy.

Except DC seems to have screwed it up. Reviews have ranged from negative to extremely negative, with critics harping on the chintzy special effects, a meandering script and the overreliance on the Oa-sized charisma vacuum that is star Ryan Reynolds. (“Green Lantern is bad,” anti-raves the New York Times.) To which we say: Fine. Sure. There are lousy superhero movies released weekly; Jonah Hex could use some company in the cut-out bin. But there is something in particular about Green Lantern that galls, and it’s not Reynolds’ CGI abs. What aggravates the most — and seems most emblematic of DC’s ability to snatch defeat out of the jaws of Gorilla Grodd victory — is the space chicken.

Yes, the space chicken. Apparently he has a name (Tomar-Re) and a long history in the comics of laying eggs on Mars or whatever it is space chickens do. (In the interest of disclosure, it’s worth noting I was more of a Marvel fan growing up. And now, due to corporate maneuverings, I’m now sort of a Marvel coworker.) But his prominence in the Green Lantern advertising is, at once, both perplexing and infuriating. (Not to mention a major missed marketing opportunity.) It didn’t need to be so. On (flimsy, ink-stained) paper, Green Lantern is the perfect choice to jump-start a universe: The character is, after all, DC’s most “Marvel” hero. Hal Jordan isn’t an alien or an amazon; he’s a cocky fighter pilot with a blonde gal pal who is given a magic ring and learns all about great power, great responsibility, yadda yadda. It’s straight wish-fulfillment, a fastball down the chute, a slam-dunk. (Note to comics fans: These are sports metaphors.) In a summer in which Marvel is leaning on its most “DC” character (Thor who, like Superman, is a god brought to Earth, replete with otherworldly pecs and a thing for undersized brunettes), there would seem to be an opening for a relatable caped crusader, a joking everyman through whom Joe Popcorn can live out his most outré flying fantasies. The appeal of a giant green fist is universal.

And yet this is not the movie being marketed to America’s sandwich fans. This is. A movie not about one guy’s journey but about a fleet of multihued intergalactic space cops. To which I say: ridiculous! Introducing a hero is hard enough in 120 script pages — but also burdening that introduction with a race of wise blue aliens modeled after former Israeli prime ministers and, in so doing, eliminating the uniqueness of said hero by making him just one of very many people who can do the exact same thing? A hero needs to be special, with a personality more powerful than his costume. It would appear that yellow isn’t Green Lantern’s worst enemy: it’s clarity. This burdensome back story would be like Tony Stark discovering the Iron Man armor in Act 1 — but having it come with a 1,000-page instruction manual. In Elvish.

I know, I know — the counter argument from the DC fanboys is clear: That’s the story of Green Lantern, corps and all! But it’s not, not really. It’s the story of the second Green Lantern, the so-called Silver Age Lantern, created in 1960. (The original Green Lantern was a railroad engineer — topical! — who fought crime, mostly on construction sites, in the 1940s.) Since then, there have been three other Earthlings to hold the title Green Lantern to go along with thousands of others spread out across the universe(s) (and that’s not including the flying whale; seriously). All of this speaks to the central philosophy of DC: that it’s the suits that matter, not the people inside of them. And that it’s the decades of die-hards with their encyclopedic knowledge (and short fuses) that must be catered to, not the newbies. (This year alone in the comics there have been 14 “franchised” Batmen. Fourteen! That’s enough to field Gotham City’s rugby team!) This may be corporate Kryptonite to the beancounters at the flm studio, but to DC this slavish devotion to crippling, ever-expanding continuity doesn’t dilute the brand; it is the brand.

And so, ever since Marvel jitterbugged onto the scene in the early ’60s with its flawed characters and groovy innovations, DC has been trying to delicately untangle itself from its history. Like hidebound Europe gazing longingly at go-go capitalist America, DC desperately wants to be hip and yet can’t escape its past. Which means every few years the DC universe has some sort of crisis in an attempt to reconcile the three (four?) different Flashes and how Superman can be the last son of Krypton except for a boy, a girl and a flying dog, only to undo it all months later in search of a quick storytelling fix. It’s addict behavior — and the multiverse is the drug. (“C’mon, let me just have one more Hawkman! I’ll touch your Dick Grayson!)

Which brings us back to images like this, wooing audiences to a would-be blockbuster with the equivalent of a flashing “no vacancy” sign. Contrast that with Marvel’s next big screen move: Captain America, a story about a scrawny everyguy who wants to fight Nazis. Even Tom Brokaw would line up for that! (Yes, there’s a magic wish-granting cube, but you’re not going to see that on its own poster.) The disparity between the publishers — now playing out across multiple media — never changes, despite DC’s best efforts: Later this year, the company is rebooting its entire universe yet again, this time getting rid of Superman’s underoos and attempting, for the umpteenth time, to focus on what chief creative officer Geoff Johns called “the human aspect behind these costumes.” Too bad he didn’t start with the space chicken.