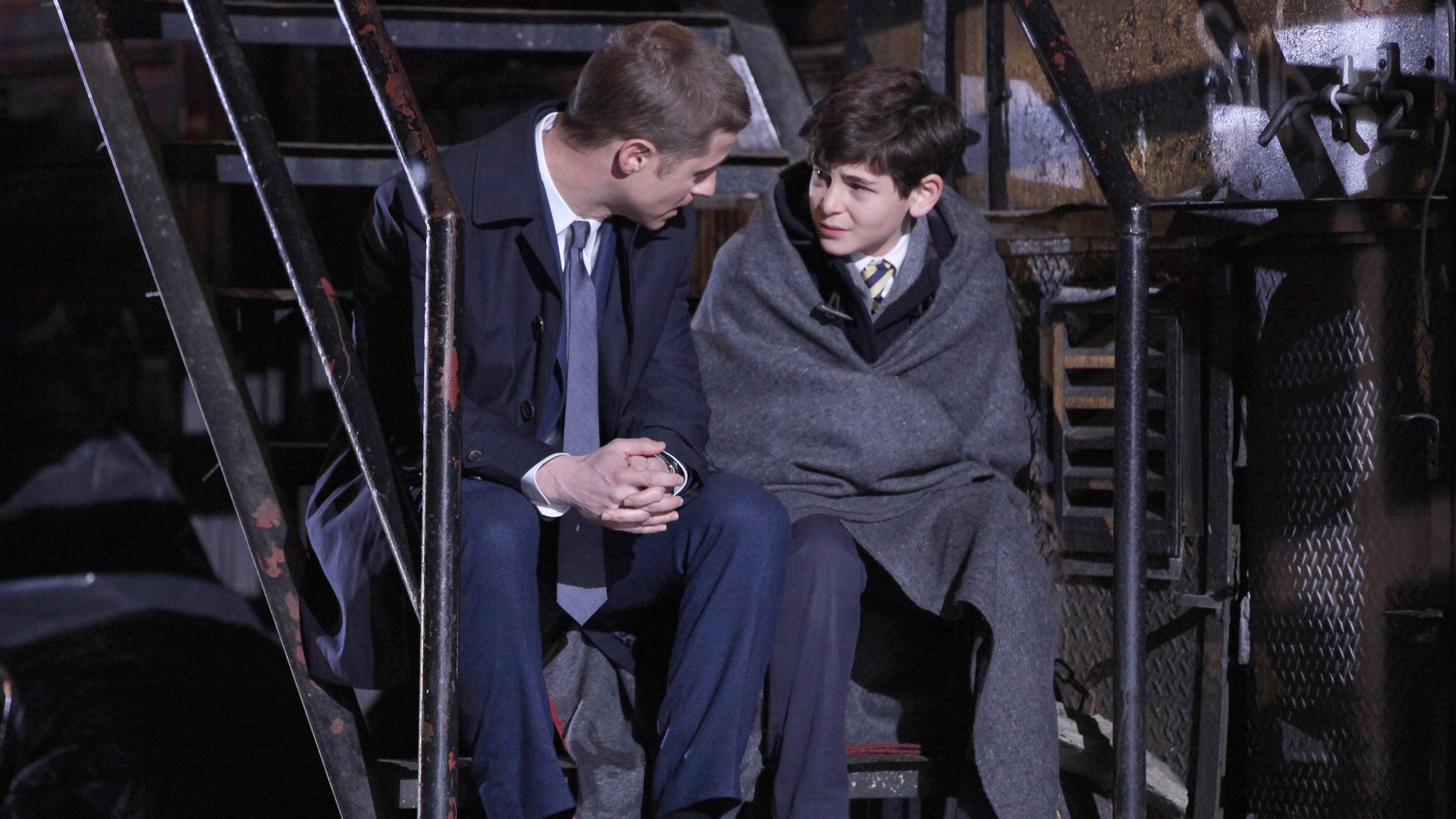 Call me old-fashioned, but I prefer to call origin stories by their original name: myths. Just as the ancient Norsemen once huddled around campfires and swapped tales of thunder gods, so, too, do we gather around our flat-screens and … pretty much do the same thing. The only real difference is that, back then, myths were repeated to tell us something profound and necessary about ourselves. These days, they mostly serve to tell us something profound about the needs of corporations.

I suppose that’s overly cynical. In the right hands, superhero stories can be just as pliable as anything else. At the movies, the best of them are able to transcend their capes and grapple with issues far more pressing than magical MacGuffins: Think of Christopher Nolan’s Batman movies and their grim vision of homeland security, Bryan Singer’s X-Men flicks and their grim vision of tolerance, or James Gunn’s Guardians of the Galaxy1 and its grim vision of what happens when you let raccoons pack heat. Another thing all three of these successful franchises share is an admirable willingness to get on with it and tell their stories, not the same old origin tales. Just as any random citizen of ancient Greece could give you the talking points of Prometheus’s quest for fire (“Snuck into Mount Olympus, got the people barbecuing, yadda yadda yadda, gets his liver eaten daily by a furious eagle”), so, too, could any American citizen talk you through the early days of Superman and Spider-Man. There’s really no reason to ever see Thomas and Martha Wayne get gunned down in an alley, or Peter Parker weep over dead Uncle Ben, again. Just give us the shorthand — as comic writer Grant Morrison recently did, brilliantly — and keep going.

That is not the path taken by Gotham, which premieres tonight at 8 on Fox. From its opening moments — in which, you guessed it, Thomas and Martha Wayne are gunned down in an alley — the series makes clear that it will be going all in on origin stories. If you thought it was excessive when Christopher Nolan took two hours and 20 minutes just to get Batman begun, just be grateful he didn’t start with Bruce Wayne as a 12-year-old. At first glance, Gotham — set years before the Dark Knight showed up to cleanse his notoriously filthy town — appears to have been created under the assumption that what most people want out of famous, beloved characters is the opportunity to see them before they started doing anything interesting. (This is what sunk the Star Wars prequels too. Obi-Wan Kenobi as a … tax collector?) And so, here’s Catwoman as barely a kittengirl! Here’s the Riddler as a fidgety pathologist with bad jokes! There’s Batman struggling with the dread villain known as puberty! It’s as if AMC had green-lit a show called Gray Matter about Walter White’s days as a polite, marginally successful grad student.2 When it comes to a weekly television series, potential isn’t nearly as compelling as actual substance.

But here’s where Gotham surprised me. Going by tonight’s well-crafted pilot alone, there does appear to be a spark of original thought flickering beneath all those draggy origins. Once star Ben McKenzie’s Jim Gordon (to paraphrase Britney, a detective, not yet a commissioner) teams up with Donal Logue’s sketchy Harvey Bullock to investigate the Wayne killing, Gotham starts to escape the long shadow of its corporate identity. It’s not great, but, with its strong cast and witty visual flair, nor is it a drag. This is no small thing. As I said last week, this is by far the weakest crop of new network dramas in recent memory. Gotham’s confidence and swagger go a long way toward setting it apart from its amateurish competition. I don’t mean that as a backhanded compliment. After all, it’s a strategy that worked awfully well for Bane. 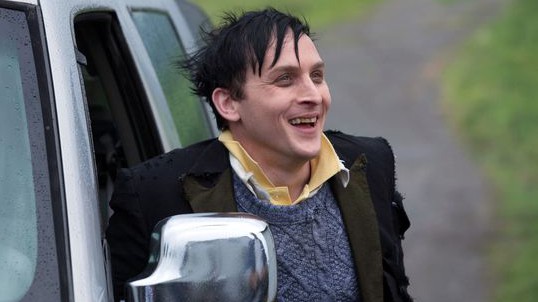 There’s no question that showrunner Bruno Heller (Rome, The Mentalist) has stuffed the first hour with far too many fanboy winks and nudges — only the truest of true believers will be thrilled at the glimpse of a teenage Poison Ivy. Despite this, he does seem to have a vision for Gotham that goes beyond playing with someone else’s toys. At a time when the majority of network crime shows are aping CBS’s successful template — wisecracking cops, severed limbs, flashy, unnecessary tech — it’s a relief to see Gotham loping, somberly, in the opposite direction. Under Heller’s watch, Gotham City is a Grand Guignol dystopia of twisted metal and looming darkness. It’s a place where detectives still wear fedoras, eat in grubby diners, and take perps on long walks off short piers. “You’re a cynic,” Gordon tells his partner at one point, his jaw set like a Boy Scout. “A slovenly, lackadaisical cynic.” Though I appreciate humor in dramas, the earnestness plays well here. If the goal is to tell superhero stories without superheroes, then Heller has to at least twist the reality knob a few clicks to the right. We don’t need to believe that a man can fly. We just need to believe that he could.

Tonight’s pilot takes flight only about three-quarters of the way through, when, embroiled in a cover-up to a cover-up, Gordon and Bullock find themselves swinging in the same meat locker. The tightly focused scene isn’t only welcome, it’s quite smart: For once the greater, noisier world of the show is shut out and we can focus on the two characters who are people now, not just placeholders for what’s to come. (Out of the latter type, Robin Lord Taylor as a soon-to-be Penguin and the striking Camren Bicondova as a silent Selina Kyle make the best impression.) I’d be quite happy with a wholly original show built around Gordon and Bullock working at cross-purposes to tidy up various messes and squaring off against charismatic, costumeless criminals like Carmine Falcone (The Wire’s John Doman) and Fish Mooney (an arch Jada Pinkett Smith). But as the struggling networks look more and more to preexisting franchises for both inspiration and salvation, I’m less likely to get it. Instead, Heller will have to walk a delicate line, servicing his corporate overlords at Warner Bros. (the studio that produces Gotham and owns DC Comics) and the even more demanding taskmasters in the crowd at Comic-Con. And when the servicing stops, hopefully there will be enough space left to tell whatever fresh story he is actually inspired to tell. There’s a reason why we repeat myths over and over. But there’s another, more interesting reason why someone made those myths in the first place.

'Naked and Afraid': Dangerous, Addicting, and Still the King of Nude TV