‘Naked and Afraid’: Dangerous, Addicting, and Still the King of Nude TV 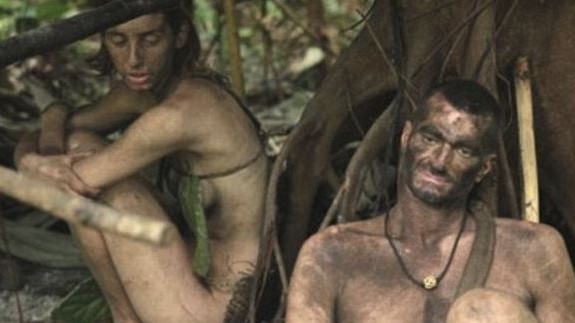 In a world in which I cannot last more than 45 minutes without a cell phone, two people willingly signed up to be malnourished, sunburned, and bugbite-ridden for 21 days. The prize? Bragging rights and a possible case of dengue fever.

Pushing the limits of human endurance and cleanliness, contestants on Naked and Afraid are dropped in a remote location with little more than a partner, a couple of survival items, and their birthday suit. There’s no sunscreen, no bug spray, no chlorine tablets. There’s also no prize money. It’s three weeks with no other goal but to last. Easier said than done: Naked and Afraid makes Survivor look like an extended stay at the San Diego Zoo.

Naked and Afraid belongs to the rising class of Blurcle Television — satiating an increasing desire by network executives to push the boundaries of (wardrobe) decency. VH1’s Bachelor-like show Dating Naked emerged as a ratings gold mine this summer. Curious about the nudist real estate market in Tampa? Check out TLC’s Buying Naked. Even Lifetime is getting in on the mix with upcoming show Born in the Wild, which films pregnant women giving birth outdoors, unassisted by doctors. It’s like “The Miracle of Life” meets a bad Paul Rudd movie. These days, TV producers seem to be living by the mantra “If you can film it happening, you can film it happening naked.”

Still, Naked and Afraid is the godfather of nude TV, and the ratings reflect its reign at the top. Since premiering last summer, Naked and Afraid has been a winner for Discovery Channel. The show is part of a gantlet of programming that made it the no. 1 cable network for men last month, and made pseudo-celebrities out of a bunch of people who list their occupation as “survivalist.”

With the third season of the show wrapping up last night (reruns will keep airing for a while), my love for Naked and Afraid has never been greater. Equal parts curiosity, admiration, and “WTF why are they doing this?” kept me tuning in each week, yet there were still unanswered questions. As someone with little to no experience as a survivalist (and even less with being naked on television), I reached out to two of my favorite contestants, Laura Zerra and Adam Young, to find out what it’s really like to survive out there in the wild for 21 days.

“A lot of times people think they know me from somewhere,” two-time Naked and Afraider Zerra told me. “I have to tell them, ‘Well, you’ve probably seen my butt.’”

Despite being stripped down quite literally, the show is hardly sexually exploitative (although I do admit sometimes I wish it were more so). These people are stalked by jaguars, tormented by spider monkeys hurling nuts, threatened by caiman, and practically eaten alive by bugs. There’s nothing romantic about sand fleas in your eyeballs. Matchmaking is better left to Chris Harrison.

When the show premiered, critics were quick to judge the true danger that the contestants face, but there is no denying that these people are exposed to the full gamut of the elements. Take the episode “Man vs. Amazon.” The conditions promised to be so tough that a male contestant tapped out before filming even began. Plagued by harsh weather and an onslaught of mosquitoes, the next two contestants, Tyler Steinle and Amanda Kaye, didn’t make it past Day 6.

“13 months in Afghanistan didn’t do to me physically and mentally what this five days in the Amazon has done,” Steinle said on the show, after his Amazon escape. “When we were out in the front line, Taliban were coming in, and we were getting shot at and blown up. The worst parts of Afghanistan do not begin to equal how bad it is here.”

After the departure of Steinle and Kaye, two former participants, Zerra and E.J. Snyder, were brought in at the last minute. Although they’re seasoned vets, the duo went 14 days before securing their first meal. “It’s 100 percent real,” Zerra told me. “I’m a good survivalist and I wouldn’t have lost the weight I lost if it were not 100 percent real.”

Contestants are allowed to bring one survival item to help them make it through the three-week ordeal. Everyone on Naked and Afraid has a different strategy. Some bring a fire starter or a machete as their survival item, and some — or actually just one guy — bring duct tape — as he liked to call it, “a redneck’s multi-tool.” 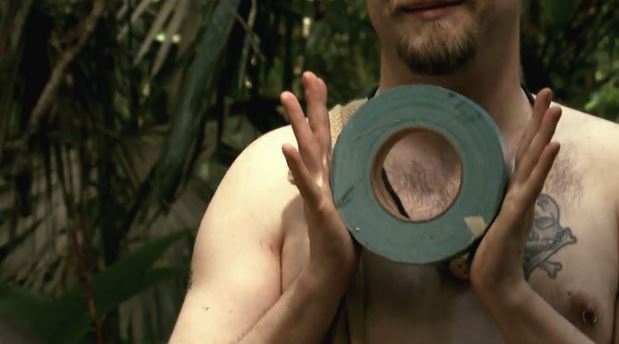 The conditions are just as varied as the strategies. From scalding heat to hypothermia-inducing cold, each episode is like a main course from a Hells of the Earth buffet. 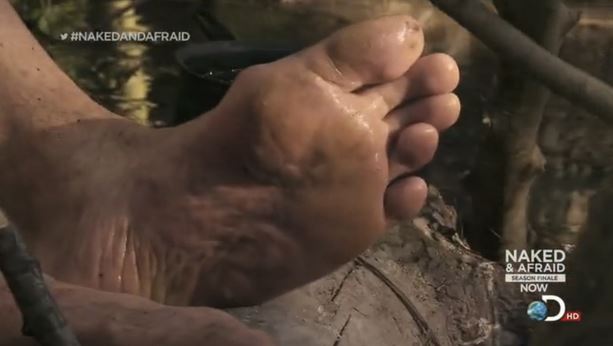 (Sidenote: You will never convince me that there is a worse place on the planet than the Louisiana Bayou.)

Regardless of how bad it gets, contestants are on their own. There is a small production crew, but Young, a contestant in Nicaragua, insists they are just there to document the experience. There is very little interaction barring a life-threatening injury.

“They never intervened. They had a talk with me the night before and were like, ‘Tomorrow is game day. This is the real deal. We are here to document this situation.’” Young told me. “Their specific words — and I remember it very, very well — were, ‘We are not your safety net. We are not going to be there to catch you if you make a mistake. We are there to document.’”

And mistakes are definitely made. One contestant nearly became human firewood when the campfire was left unattended. Contaminated water has infected several contestants with dysentery, the gift that keeps on giving. Another was so hungry that he picked mushrooms off the ground and ate them in desperation. I know very little about wilderness survival, but I sure as hell know you’re not supposed to eat wild mushrooms.

The crew is not immune to danger either. Executive producer Stephen Rankin — no stranger to the wilderness, having also worked on the popular Discovery Channel show Man vs. Wild — was bitten by a fer-de-lance, one of the deadliest snakes in the world, while scouting a location. Rankin had to be carried for two miles by members of the production team before he was airlifted to the hospital. A few weeks later, two contestants started their task of living 21 days in the snake-infested environment.

Rankin is not the only one who has experienced long-term effects as a result of this show. Panama contestant Manu Toigo contracted a life-threatening case of dengue hemorrhagic fever.

“I’m gonna give you full warning to every single one of you. When you’re sitting out there thinking you can do this, this is no joke,” Toigo says while writhing in pain in the above video. Yet despite undergoing months and months of physical therapy to cope with muscle atrophy and nerve damage, Toigo says she would “absolutely” do it again.

What? No, seriously. What?

That’s the thing about this show: Naked and Afraid is not the gimmick we all thought it was when we first read the press releases. It’s real. It’s raw at times. It sucks you in. And it leaves you wanting more. Maybe not in the same way that Toigo wants more, but this show taps into your survival instincts and the primitive desire in all of us to provide and endure. I can only imagine the rush of this experience is like a marathon. You’re vomiting and wishing for a swift death halfway through, yet after you’re done and despite all the pain, somehow you want to see if you could do it again.

“I would love to have another go of it,” Young told me. “I sincerely would.”

I find myself wondering if I could last for 21 days out there. Then I hear the ding of the microwave or the whirl of my ceiling fan and realize naked survival is probably best left to the experts.