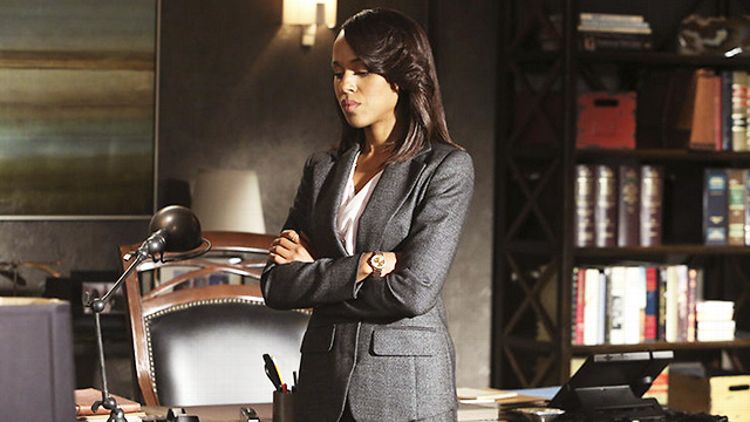 Dancing With the Stars

Last December, Nielsen announced it had partnered with Twitter to create a ratings system based on tweet chatter. The press release seemed as though it had been written by aliens or robots, even more so than the usual PR statement: You know, everyone’s “looking forward to collaborating with Twitter ecosystem partners on this metric” and “we are pleased to see Nielsen and Twitter join together to provide a comprehensive measurement system that will allow us to employ these social networking tools to their full advantage.” Humans! We welcome with excitement the diplomacy of your hashish tags and will feed them into the mouths of our processing units, releasing the data into your atmosphere from the seven Earth days before today’s rising heat orb.

Yesterday, the results of the first Nielsen Twitter TV ratings were released, crowning the third season premiere of Scandal with the first-place position after the show received 713,000 tweets. MTV’s Miley: The Movement came in second, with the Cyrus-hosted episode of Saturday Night Live ranking third.

The Twitter TV metrics include not just missives fired off in a program’s honor, but also the audience of listeners who are exposed to those missives (Scandal-related tweets reached 3.7 million feeds). There’s a sizable discrepancy between the Twitter TV rankings and Nielsen’s analog system: The only shows predicted to appear in both top-10 lists are The Voice (one spot for each of its two weekly episodes) and Dancing With the Stars, which both creamed Scandal’s Nielsen-box numbers despite being dwarfed by its social buzz.

Nielsen ratings have long been regarded as mysterious and sometimes maddening, and the reality they reflect has never seemed more warped than it does today. Nielsen has been forced to adapt its formula to reflect the time delay between a show’s airing and when we actually get around to watching it on our DVRs, and just this year started incorporating data from broadband devices into its equation. Our lazy watching schedules and chaotic means of tuning in on a variety of glowing screens is not conducive to easy math or impatient executives who demand their numbers reports while you’re still filtering spoilers out of your life. Netflix’s decision to shield its ratings from view keeps it safe from the type of indignities suffered by shows like The Newsroom, which, though HBO makes its living via subscribers instead of advertising, was monitored and ratted out by virtue of Nielsen set boxes. Netflix’s strategy is also like a red envelope arriving at Nielsen’s door containing not a DVD, but a raised middle finger.

So, why would Twitter want to collaborate with the electronic equivalent of a mean, rich old dictator who once murdered your favorite underrated television show and spies on a small portion of the country every night via a box? The unveiling of this union came in advance of Twitter’s impending IPO, and it makes sense that the site would want to take advantage of the potential for capitalizing on the lucrative market of TV deals. (ABC News reported that Twitter currently gets 1 percent of its revenue from such partnerships, but an analyst estimated that number could grow to 15 percent in the next three years.) This lends Twitter credibility to advertisers, the people who have the most dough to shell out and who pay more attention to Nielsen ratings than anyone else. Plus, it dresses up Twitter’s reputation as your couch buddy, replacing its sweatpants with business-casualwear.

Twitter, however, is a wacky pal. It’s easily manipulated by evolving PR bots, who force it to drink putrid spam liquor until it vomits. It hangs out with a very specific, TV-tweeting crew of people who are only slightly more illustrative of an actual audience than Nielsen’s original system. And it’s snobbily inaccessible to plenty of people who might be swayed into buying a jar of pickles or adult diapers targeted to their demographic. It would be uglier accessorized with more visual noise, of course, which is a terribly unfriendly look for someone you hang out with when you’re vulnerable and want to post a thought. Plus, of all of you who tweeted about Sharknado, how many of you actually watched it? None! You’re web-liars! You also web-lie by omission, because you’re not online to be sold to; you’re mostly there to sell the best possible version of yourself. Now that you know Big Brother is watching you watch Big Brother, and that even mentioning it is like stuffing dollars into the devil’s pocket, it may change your behavior and make the truth about who’s watching what even more elusive.

One of my takeaways from Grantland’s “Best Song of the Millennium” bracket was how difficult it was to even know what we were measuring. It wasn’t for lack of trying — and how I loved watching you fight! — but it seemed like we were all digging for the truth in a sandbox the size of the entire solar system, and we didn’t even know what that truth looked like. Something popular, something marketable, something worthy that wouldn’t embarrass us all later (and this last one, most of all, proved impossible).

Nielsen’s monitored audience when it made the jump from radio to television in 1950 could choose from three networks to watch on its set, the only platform that existed. Now we’re running in so many different directions to get our programming, and at such varied speeds, that it’s nearly impossible to capture our valuable, super-important opinions and nail down our crazy viewing habits. It’s information we’re reluctant to release to entities that exist only to sell us things, but we’re used to being chased for it. The results will make us mad, causing entire demographics to look at themselves in the mirror and shriek, “No! This is totally wrong! This isn’t me at all!”

Knowing yourself doesn’t necessarily mean knowing your own marketability, and I guess resistance is futile. The story of what we collectively watch now has three sides: old-school Nielsen, Twitter Nielsen, and the truth. And no one is lying.

Filed Under: Dancing With the Stars, Saturday Night Live, The Voice, TV

More Dancing With the Stars

See all Dancing With the Stars