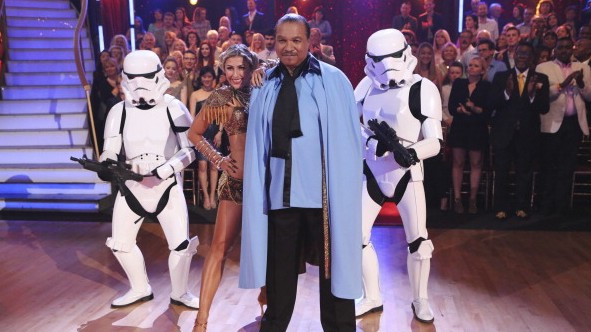 Billy Dee Williams, perhaps the smoothest man who’s ever existed, was on the Season 18 premiere of Dancing With the Stars last night. Before getting into that, here’s a very important supercut of Billy Dee walking into rooms on sitcoms.

Billy Dee’s ability to make a room melt and then evaporate — still — is a thing of wonder. Which is why it’s exciting to know that, at 76, he continues to pop up in random places like Dancing With the Stars. But then you consider a few things, like that he’s 76. And that the premise of the show is stars (like Billy Dee) dancing with professional dancers. And you get worried.

But then you punch yourself in the face. Because this is Billy Dee Williams. Doubting that man when it comes to anything involving charisma or the ability to woo is like betting your Timex on the 16-seed. It’s idiotic. And shows zero reverence for historical trends.

Before we get to the Dancing With the Stars clip, however, an Entertainment Weekly headline must be addressed.

Ignore “ties lowest ever.” That’s not important. “STAR-FREE” is the blood-red flag, seeing as it implies that a thing involving Billy Dee Williams is somehow “star-free.” It’s unclear how this headline writer lives with himself or herself while breathing in all this Billy Dee air, drinking all that Billy Dee Water and/or Colt 45, but I’m looking into it.

But I digress. Dancing With the Stars, Season 18, Episode 1:

The scene: Billy Dee Williams and his partner, Emma, doing the cha-cha with the help of all things Star Wars, because Billy Dee invoking Lando Calrissian will never die.

In just two early dance moves, it looked as if Billy Dee had already locked up the victory.

That could have been the end of the performance. He honestly could have walked off and I’d be satisfied. But, out of the kindness of his heart, he decided to keep going. For us. And for his partner, Emma.

It’s important to note that, while this is Dancing With the Stars — a show where the “star” is supposed to become an expert dancer — common rules for common stars don’t apply to Billy Dee Williams. Because that’s not how he lives. He lives by his own code, and the show, regardless of how it has operated for 17 previous seasons, should adapt to the legend who has blessed it with his time.

For example, these things must be given high marks:

• If Billy Dee doesn’t want to dance for a moment and lets his partner shimmy around him, you reward him for taking a responsible breather. 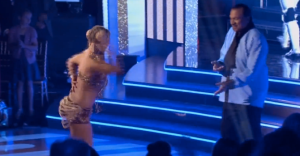 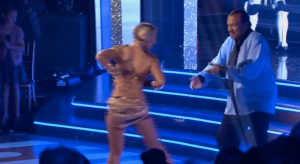 • If Billy Dee wants to count off in his head and treat this entire performance like a father-bride wedding dance that they learned via YouTube, you reward him for keeping up with the technological times, as well as for respecting the institution of marriage.

• If Billy Dee wants to walk as if he’s crossing the street, even while his partner puts on a one-woman show, you reward him for staying true to his best Billy Dee self, as well as for looking both ways.

When the routine was finished, the crowd erupted. Because that’s what happens when Billy Dee is in the room. Remember?

What did the judges think? 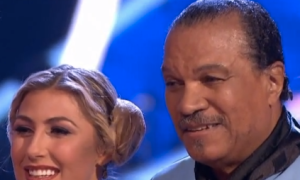 I know, right? Yes. Of course. I’ll make some calls.

This is so disrespectful. Wait, Billy Dee, why are you laughing? 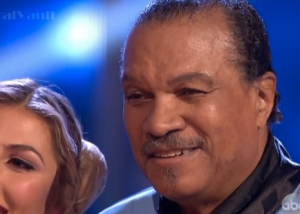 Of course I still have the number of the guy who erases people’s identities, BD. I’ve got you. In 48 hours, like usual?

“You’re definitely the most relaxed dancer I’ve ever seen.”

I feel like this isn’t a compliment. Billy Dee? 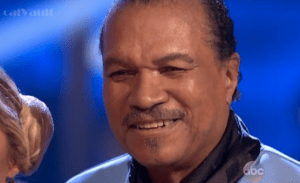 Twenty-four hours? I’ll see what I can do.

“We’re going to need a little more from you next week, it was a little too simple.”

It’s funny that she said “we” as if she’s going to be here next week. Any thoughts, Billy? 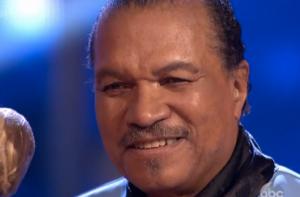 At this point, a second round of boos have come from the crowd. Everyone in the crowd. 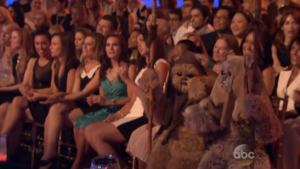 They’re booing because these judges have completely lost it. This isn’t Ray J, Carrie Ann Inaba. This is Billy Dee Williams.

“You didn’t forget your routine, it was entertaining.”

Finally. Someone with some sense.

“You need to come out with a little bit more —”

He did not just bring up your hips and call you 77 instead of 76. HE DID NOT DO THAT TO YOU, BILLY DEE. DEEP BREATHS, BILLY DEE. 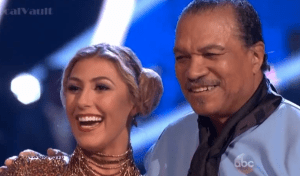 After the travesty that was the judging round, the ruling: 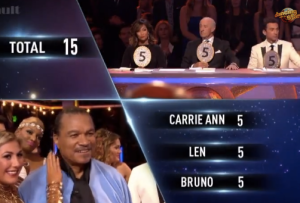 I haven’t watched DWTS in years, so I was forced to assume the scale had a maximum of 5 and that 15 was a perfect score. But then the boos came back. Don’t you dare tell me this is out of 10 as in they got a 15 out of 30 as in the B team City High of judging panels just gave Billy Dee Williams a 50 percent as in an F in most school systems.

Don’t tell me that.

But it was. When asked about the scores, compared to the outcry of support from the audience, a statement from Billy Dee Williams:

He was speaking to everyone in the studio. But also everyone on Earth. Billy Dee Williams’s Earth. Because he knows we’re here for him. And because of that, only one thing matters between now and Monday.

Grantland.com promises to keep you updated on all things Billy Dee Williams and Dancing With the Stars and any changes that happen with the show’s judges. Because, hypothetically, you never want to walk to your mailbox and find a GIF. And additionally hypothetically, you certainly don’t want that GIF to be this GIF.

Let’s just say I’m excited to see what the judges think of Billy Dee next week. Should be fun. And — finally — fair.

Filed Under: TV, Billy Dee Williams, Dancing With the Stars