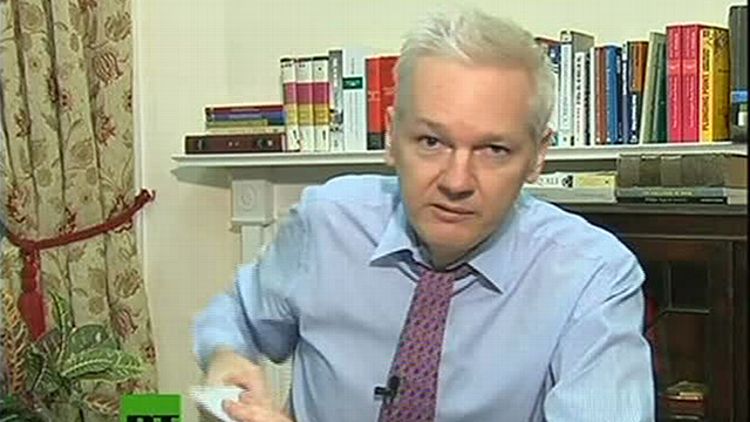 The trailer for The Fifth Estate, the WikiLeaks movie from Bill Condon (Chicago, Dreamgirls, Twilight: Breaking Dawn — Parts 1 AND 2), debuted last night, along with a few select interviews from Condon. As Billy Boy explains, beleaguered WikiLeaks head honcho Julian Assange — played here by a platinum-ed out Benedict Cumberbatch, doing a nifty little Australian mumble thing — “sort of was against us right from the beginning.” That’s because the movie is based in part on Inside WikiLeaks, a book by ex-WikiLeaks spokesperson Daniel Domscheit-Berg, with whom Assange had a falling-out.

In fact, in the grand tradition of ‘Uardo and Zuck, the relationship between Domscheit-Berg (played by Inglourious Basterds’s Daniel Bruhl) and Assange makes up a large part of the trailer’s proceedings. (When Bruhl juts out a finger and yells, “It’s just you, and your ego, and the lies you tell to get whatever you want,” I can’t be the only one flashing back to “Sorry! My Prada’s at the cleaners. Along with my hoodie and my ‘fuck you’ flip-flops.”) But I got a feeling that, by the time this thing drops, Assange will have come around. Whether it’s with a flip of his golden locks or an emphatic punch on a laptop keyboard, Cumberbatch seems to be playing Assange as exactly the kind of world-changing truth-telling hero that, for better or for worse, he sees himself as. The Fifth Estate is out in October.