The Dude Who Wrote Cool Runnings and Little Giants Was on Heroin the Whole Time, Tells Reddit About It 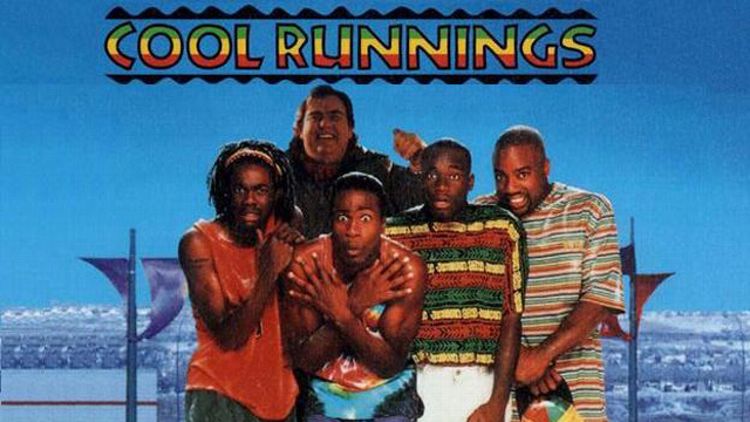 His name is Tommy Swerdlow, he’s been clean since 2007, and the reason we’re talking about any of this now is that he’s trying to crowdfund a movie loosely based on his drug experiences, and he’s using a Reddit AMA, which has of course explored in part what it was like writing Cool Runnings while high as balls, to do it.

OK, first, the movie: It’s called The House Itself, and it’s based on a short film Swerdlow made along with a couple of his friends from his AA group home. On the plus side, they’re all clean now. On the gnarlier side: It wasn’t until suffering through “open heart surgery, a near fatal bleeding ulcer and two brutal months in the hospital” that Swerdlow was able to kick the habit. And it’s unclear what exactly the plot is, but, from the trailer on the Indiegogo page, it seems to revolve around Swerdlow (who had acted, way back, in such films as Howard the Duck and Real Genius) trying, and mostly failing, to get drugs. Also, and it’s not clear if this part is a joke, Bill Pullman is going to be in this thing too?

Now for the really important stuff: How, exactly, did Swerdlow — who also has writing credits on Bushwacked, Shrek (he did the first pass, before it was handed off to an army of other writers), and, hello Cuba!, Snow Dogs — create such screen gems while not in his right mind?

As he explains in the AMA, he was working as a script doctor, coming in to shape up other people’s ideas, and wasn’t exactly crafting his vision (although he is super proud of Cool Runnings, as of course he should be). So, you see, it didn’t interfere with knocking out pages: “it made no difference … it was like using oxygen it didn’t get me high … just let me function.” Oh, but then again, maybe it actually helped? “[The best part of heroin is] the structure. it allows you to be rebellious and at the same time, completely structures your time and focus. it gives you everything and it asks for everything.” Meanwhile, the very generous Writers Guild picked up the slack when the ol’ ticker started acting up: After Swerdlow racked up a $1.2 million hospital bill to address a “heart valve infection i got shooting narcotics,” the guild’s health insurance paid “every penny.”

Things got strange: “You don’t want to know [the weirdest thing I did while high] but the 11 o’clock new[s] was involved … the worst thing i did was spend a million and a half bucks i could really use now.” Also, at one point he rode “in the back of a dark freight truck on scrap car parts for 3 hours from somewhere around bakersfield all the way to LA. i thought the truck drivers were gonna take me somewhere and chop me into pieces.” And then again: “i had an evening with john candy that transcends the word “party”. he was a beautiful, sweet and painfully insecure comic genius.”

And, finally, two anecdotes about Shrek, and one about Little Giants, that might just shake the very foundation of everything you hold to be true and good:

[Shrek was a children’s] book that i was hired to turn into a movie. the movie i based the relationship on between the donkey and shrek is midnight cowboy.

chris farley was in the process of recording the shrek voice when he died. mike meyers replaced him. recorded it without the scottish accent and was appalled when he realized eddie murphy was blowing him off the screen. he went back and rerecorded the entire roll with the accent due to this.

i don’t know [what happened to Devon Sawa]. we wanted jonathan taylor thomas who acted the part much better but spielberg wanted that kid.