The Check-In: Wow, Dads Is Somehow Even Worse Than the Pilot 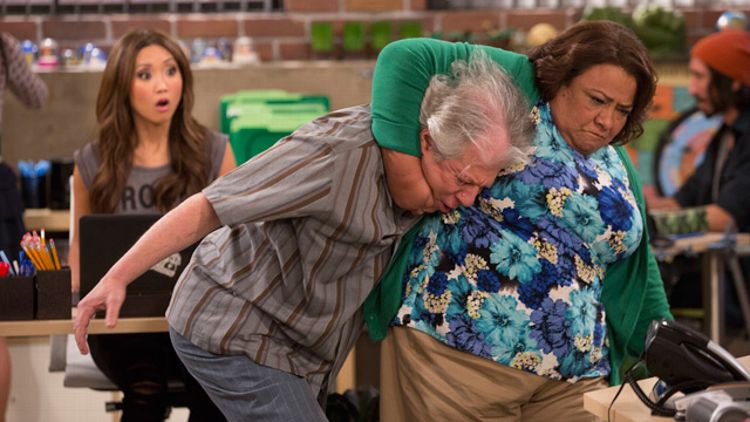 In my column yesterday, I moaned, wailed, and generally gnashed my teeth about the disappointing state of the television business. It was the sort of story that is written in a rush, fueled this time by a deep and sudden pessimism over TV’s sci-fi-obsessed, spin-off-chasing, cynical future. It wasn’t intended to deny all the perfectly good-to-great things currently on the air, but rather to rattle some cages — especially before we all have to hide in said cages to keep from being devoured by zombies.

This context is important. I need you to understand the way I was feeling about TV on Tuesday, a full 24 hours before a certain conniving editor [Editor’s note: Hi!] suggested I spend an evening catching up on Fox’s Dads. That happened last night. Suffice it to say, if I were writing my column today, I wouldn’t be nearly so restrained.

Dads doesn’t just make me feel bad about being a television critic. It makes me feel bad about owning a television. The Fox comedy — from the puerile, fantastically wealthy minds of Seth MacFarlane and his frequent collaborators Alec Sulkin and Wellesley Wild — debuted in September to general horror and disgust. The pilot, in which two juvenile assholes (Seth Green and Giovanni Ribisi) are forced to live with their douche bag fathers (Peter Riegert and Martin Mull), managed the neat trick trying and failing to be funny and yet proving able to offend nearly everyone in the process: Asian Americans (Hmong-Thai cast member Brenda Song was dressed up as a sexy Japanese cartoon character in order to seal a deal with Chinese businessmen), women (see above), upright bipeds with opposable thumbs (see the show). Dads was crude, cheaply made, and titanically pleased with itself. To say that it was schlock would be an insult to schlock. I guess Martin Mull delivered his lines with aplomb. There, now that I’ve said something nice I can say anything at all.

What was fascinating to observe is that the show may have actually gotten worse since its Hindenburg of a pilot. In the ensuing episodes it’s possible to feel the notes of a worried network leeching into the scripts, to see the overt racism being gently peeled away, like the rough outer skin of an onion. No, that’s a bad food metaphor. It’s more like slicing away the mold growing on a piece of fruit, as if the apple underneath wasn’t already rotten to the core. Dads emerges from such a dark, mean place of laziness and resentment — two of humanity’s most dependably hilarious emotions — that even when it tries to clean up its act and focus on the relatively innocuous foibles of its characters, it’s still nasty. Men act like boys. Boys act like infants. Women and minorities act like props. There’s nothing explicitly offensive about the sight of Tonita Castro, as Eli’s maid, silently scrubbing in the background as the studio audience brays like lion fans in the Roman Coliseum. But there’s nothing nice about it either.

The fifth episode, “Oldfinger,” was built around the single longest take I’ve ever seen on television, the junkcom equivalent of the Copacabana scene from Goodfellas. For untold seconds, the camera focused lovingly on Giovanni Ribisi’s face, morphing from horror, to pain, to deep pleasure, as an elderly doctor administered a prostate exam. That future Emmy clip was only the beginning, as the story soon turned into a farce straight out of Noël Coward: It turns out the doctor dropped dead mid-digit. Soon, the entire cast is gathered around Ribisi’s full moon, making jokes about “Brown” University and how the San Francisco PD really ought to be used to dealing with this sort of thing. This is comedy in the same way throwing a blender, a Baby Ruth, and a lemon into the oven is cooking. It’s Mad Libs as written by a slumber party of snickering 12-year-olds.

More recently, as Dads has turned its razor-sharp satirical eye to even hotter-button topics like theater (it’s stupid because they pretend!), the show has decayed from the sort of terrible that inspires outrage to the kind of slothful bad that doesn’t inspire anything at all. Seeing Dads try to hide its true nature felt wrong, like when your racist uncle forwards chain emails under an assumed name. So it’s been almost a relief of late to see the floodgates once again thrown open and to feel the warm trickle of hatred seeping back into the show. Jews, I learned the other night, love free things. Asians “don’t dream” because it’s a waste of time. (It’s particularly vile the way Song is the mouthpiece for some of the show’s most venomous barbs. And also its lamest: “Me hate you long time,” was her reply to Green’s panting Eli on Tuesday night. At least Riegert is granted the honor of not having to spend his screen time counting shekels and scheming to control the world economy.) And women — ugh, women! — are always ruining things by caring about stuff and having goals or whatever. When Vanessa Lachey’s Camilla, who is married to Ribisi’s Warner for some reason, expressed interest in auditioning for a play, Ribisi adopted his most smarmy smile. “Why the sudden need to be interested in things?” he asked. “Don’t I give you enough money during the week?”

Outside of slavish, terrified loyalty to MacFarlane, it’s hard to tell why, exactly, Fox recently granted Dads a full-season order. The ratings, while not awful, are nothing special. And the show rests on the tip of the network’s otherwise strong Tuesday-night lineup like an unseemly boil. Contrary to what Fox chairman Kevin Reilly said in his press release, Dads is not an “asset we can grow.” I think “metastasize” is the correct word when speaking of something cancerous.

Look, I like humor about risqué topics. I like humor about assholes. I wish I could lighten up about Dads, but there’s absolutely nothing here that’s funny. “C’mon,” say the show’s defenders, “it’s just having fun! No one comes off looking well in this thing!” But “equal-opportunity offender” is a garbage, nonsense term, as if dignity were some sort of zero-sum game. When the only people laughing are the ones telling the jokes, it’s not comedy. It’s just cruelty. And Fox really ought to know better.