The Case Against Apple’s Animated Emoji 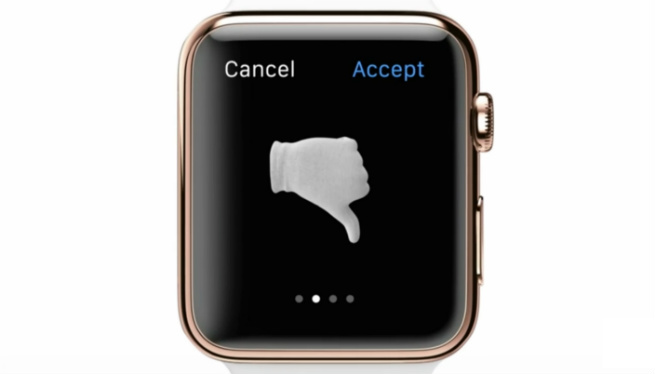 There are a few days out of the year when I palpably feel at a distance from the rest of human society, and those moments always seem to mysteriously land on the same days as Apple Keynotes. Yesterday a bunch of dudes piled into a room in Cupertino and we all found out about some new things we can buy from the Apple Corporation, each one a mere drop in a bucket of our overall advancement as a society — still a drop, though, which is something, I don’t want to downplay it! The iPhone keeps making bold strides toward being a palm-size two-dimensional plane, which is encouraging. Of all the developments, I’m most excited for Apple Pay, because I can’t wait to buy the iPhone 7 with my iPhone 6. But the final gadget to be revealed was the Apple Watch, an already divisive piece of equipment, but one that is a mere Trojan horse for a far more sinister development.

As a culture, we tend to default to a not-terribly-well-thought-through sense of hierarchy, especially when it comes to graphics and aesthetics. We assume that computer animation is more advanced than hand-drawn animation. We assume that 3-D is more advanced than 2-D. Some of these things may be true, and some might not be; but we don’t take very much time to really consider why we prioritize what we prioritize. We want some things to be bigger and more high-res while striving to make other things more minimal, often completely arbitrarily.

The new animated emoji that will be released with the Apple Watch are reportedly customizable; you can widen its smile, raise its eyebrows, manipulate it to convey your actual emoji-tion. This is supposed to be useful for the Apple Watch because of the difficulty of typing on such a limited screen space. Instead of finding the characters for “N” and “O” on a tiny interface, you can just send a floating, gloved hand giving a thumbs-down sign. The animated emoji, in other words, is supposed to be shorthand for texting. It’s supposed to convey actual primary emotional information. And that Apple would propose such a usage is a fundamental misunderstanding of how emoji are used today.

Plenty of things have been invented for a a purpose that ends up not being the most common use for it. When was the last time you used a pipe cleaner to clean a pipe? Unicode emoji were introduced to Apple’s iOS in 2010, after a development process by an international body of coauthors from the Unicode Consortium. Which, LOL — something called the Unicode Consortium decided we needed to have a flamenco dancer character in our phones. They also decided what flags would be represented in the character set (part of an overall system of regional indicator symbols.) All of that to say this: Emoji were designed to be useful and to convey primary, practical information. And now we use them to react to new Katy Perry singles.

Every time you see some BuzzFeed post in which someone attempts to tell a complicated narrative solely with emoji, isn’t the joke about how woefully inadequate they are for such a task? Emoji are funny, but it’s not because of their comedic precision. We’re not laughing at the emoji, we’re laughing at the gulf between our complex, nuanced experiences and the dead-eyed baby with the halo. (In most cases. OK, OK, I’m totally laughing at the poo emoji.) In what world would you want an emoji that more accurately mimics your own face? How does the waggling tongue of a 3-D smiley face prove more helpful to my friend who is inquiring about how I’m enjoying my dinner?

But at the same time, the one-size-fits-allness of emoji has the potential to be a great uniting force. When you reach for the weeping emoji, whether driven by a sudden outpouring of positive or negative emotion, you are acknowledging that what you’re feeling can be conveyed, for the moment at least, by a single symbol used countless other times by countless other people in countless situations. When we use emoji to tell people how we’re feeling, we are relinquishing our claim to absolute special-snowflake uniqueness, which can be comforting. The cry-face emoji comes with an intrinsic “you know what I mean?” after it, with the hope and expectation that, yes, someone else does know what you mean, and you are not alone in the universe.

The ability to manipulate and customize emoji takes away from their universal qualities as a collection of static symbols. I could be open to an argument that animated emoji are more like a new, high-res typeface for an existing pictorial language, but it fundamentally changes the use of that language in a way that, say, anti-aliasing does not. It’s pretty bold of Apple to try to reclaim a corner previously held by these guys, but nobody’s complaining about the emoji we have right now. In fact, people seem to really like them. I suppose a lot of it will have to come down to simple aesthetics; that waggly tongue will speak to some people more than it will speak to others. Call me a Luddite, but I prefer to think of myself as a person with passionate aesthetic principles. And while you’re busy manipulating all 100,000 pixels of your emoji’s uvula, I’ll be over here

The Replacements, Perfectly Imperfect, Return to 30 Rock to Play 'The Tonight Show'