Dystopia Is the New Western: ‘The Rover,’ ‘Doomsday Preppers,’ ‘The Walking Dead,’ and Our Obsession With the End 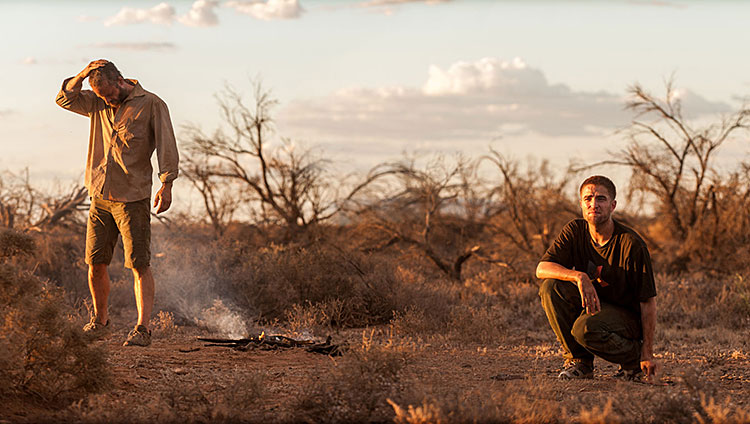 “Where life had no value, death, sometimes, had its price. That is why the bounty killers appeared.”—Title card, A Few Dollars More

Fiction that explores what the world would look like stripped of the rules governing human interaction has never been more popular. Probably because the real-life prospects of such a world has never seemed more real. Increasingly, we seem to be preparing, through fiction, for the possibility that we may have to kill each other in real life. You know, just in case the shit goes down.

Take The Rover, for example. The Rover is a movie that came out this summer, starring Guy Pearce and Robert Pattinson. It is set in the Australian outback, 10 years after an unspecified global collapse. There is a scene, about an hour in, when the protagonist, a loner named Eric (Pearce), who has been trying to recover his stolen car through a rugged landscape for most of the film, is arrested by a soldier. He is about to be shipped off to what is left of civilization in Sydney when he confesses to the soldier that what hurt him, “more than getting his heart broken,” was how, after he committed a terrible crime, no one, no sort of authority, came after him. He realized then that life and death were valued the same. Which is to say, they were both worth nothing.

The Rover has been described as Dystopian Western. Which is aesthetically apt, but, I think, incomplete. Because the dystopian story is actually the new Western.

Westerns, for all their lawless violence, are essentially about civilization transforming the wilderness. They’re about Progress. I would argue that Westerns — even the savagely dark ones — are essentially optimistic, because the end result is the world we know. 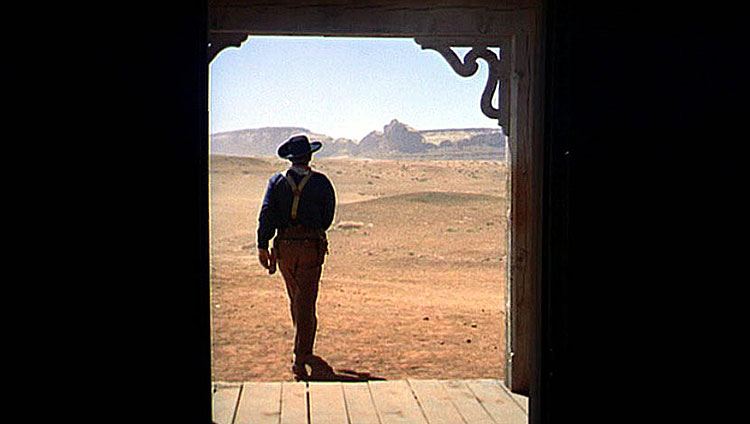 Ethan Edwards might’ve left a trail of Native American corpses from Texas to New Mexico and come this close to murdering his niece in The Searchers, but now there are three Walmarts, two Starbucks, and a dozen McDonald’s along the same route. In Westerns, the stranger with the gun makes things right. “Why are you doing this?” asks the hostage Marisol of the Man With No Name after he frees her in A Fistful of Dollars.

“Because I knew someone like you once and there was no one there to help,” he replies.

Modern life is way too dark for stories about building great nations. Tides are in full ebb. Dystopian fiction and media is a reaction to our reaction to the now constant whisper of bad fucking news: terrorism, financial crisis, the erosion of the middle class, historic drought, racial animus, global warming, choosing between water and energy. In dystopian stories, as in real life, the only sane reaction to a stranger with a gun is fear and flight.

Dystopias reflect the fear that our future will be one of scarcity, without the the promise of a great manifest destiny. “In a way, how can you be a sane and compassionate human being and not be increasingly alarmed by what’s happening to the planet, when it’s potentially civilization-ending?” said author David Mitchell (Cloud Atlas) recently in the New York Times.

Dystopian fiction takes the stark drama of the frontier and moves it into your neighborhood. This modern-frontier idea manifests itself most tellingly on reality television. Shows like Doomsday Castle and Doomsday Preppers take environmental and economic fears and view them through the lens of America’s demographic shift.

Both shows can be summed up as terrified white people stockpiling food and guns. One man on Doomsday Preppers explains his system for hiding and securing food supply caches thusly: “Out here in the rural areas, people are going to be spilling out to take what farmers have. I’m not going to allow my family to be a target.” 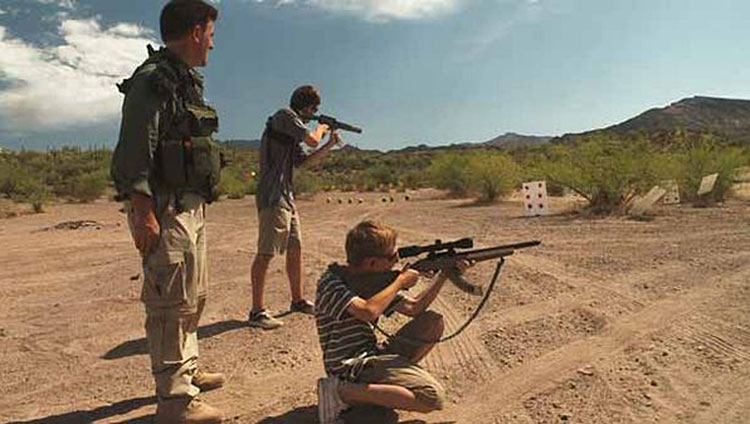 Another guy, preparing to defend his Texas compound from post–nuclear apocalypse refugees, talks about customizing a belt-fed machine gun to be used by a single person: “this machine gun offers enough protection to be able to defend yourself from hundreds of people, if it comes to that. At a cycle rate of about 650 rounds per minute, the gun will actually work like a knife blade and cut through what it is focused upon.”

If there were reality television in the 19th century it would not be hard to imagine some homesteader saying the same thing. It is akin to gearing up to reenact the end of The Wild Bunch on your front lawn. Now, instead of “Indians,” what we’re most afraid of is us.

In The Walking Dead, the central hero is an emotionally troubled lawman, complete with cowboy hat. He and his followers are always falling back to one Fort Apache to another. The savages of Western lore are now an even more comfortably anonymous, morally unambiguous, and implacable threat: the zombie. It is never not OK to kill zombies. They don’t care about having their treaties honored or retaining their traditional lands, or even stealing your stuff. They will never be retconned as noble victims or reassessed by future historians. They just want to eat your brains. They are everyone you’ve ever wanted to kill expressed in their most killable form and, also, most notably, at one time your neighbors.

What has always disappointed me about The Walking Dead is its unwillingness to truly engage with the bleak, hopeless world it has created. With ample supplies, it feels strange that the show isn’t about people trying to rebuild, in some small sense, civilization. The Walking Dead tries to create a sense of vulnerability and tension by forcing its characters into an endless kaleidoscope of zombie decapitation and stranger danger. It’s not really a show about survival, because the survivors never want for food and ammunition.

Filed Under: Movies, the rover, The Walking Dead, Jason Concepcion

The Case Against Apple's Animated Emoji