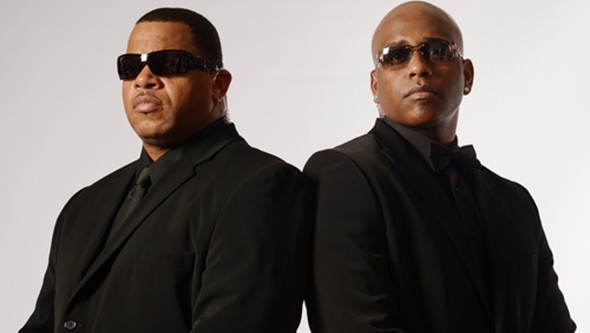 “The vultures. They’re going to start coming now. Everybody is going to want something, and nobody is going to trust anybody else. You’re about to see the ugliness in people. Just wait.”

Their account is detailed in Remember the Time: Protecting Michael Jackson in His Final Days, a back-and-forth exchange between the two men as told to journalist Tanner Colby. To say it’s captivating is an understatement, because its noticeable lack of sensationalism launches you into a world in which you become enthralled with the idea of Michael Jackson doing normal things. Or at least attempting to do normal things.

A sizable portion of the book is dedicated to showing Michael, the family man, through a wide lens. There are no glimpses, because until the final days, when those “vultures” Whitfield spoke of fully took control of his life, around the time of the This Is It tour, they saw everything. They traveled with the family from home to home as Michael attempted to get further and further from the limelight, creating a semi-nomadic, borderline-homeless existence for him and his children. They took every security measure necessary to escort the family through public spaces, occasionally going unnoticed, but typically being outed, forcing the team into security overdrive. They were tasked with responding to every one of Michael’s objects of intense paranoia, particularly his obsession with not having his children photographed. This wasn’t because Jackson was a freak — as he’s commonly thought of — but, he reasoned, because if no one knew what they looked like, that increased the likelihood they could exist in plain sight. Like normal children.

The rationale Whitfield and Beard offer for some of the King of Pop’s decisions may force you to reconsider your feelings about him. Their prose is shockingly agenda-free. When I sat down with Colby before reading the book, he mentioned that Whitfield and Beard had been offered the opportunity to write “tell-alls” for years, but repeatedly turned them down. They weren’t trying to become one of the “vultures,” he said. They weren’t trying to make money off of Michael’s name, like everyone else. Before reading the book, you hear that and think, Well, they just wrote a book, aren’t they kind of doing that?

But then you read it, and it makes sense. They knew those vultures up close and personal, and reviled them. The book is strictly a fly-on-the-wall account of everything they saw in the world surrounding Jackson during one of the least understood, shoddily documented, rumor-filled periods of his life. And although so much is dedicated to the Jackson family doing things any other family would do (things you’ve never imagined Michael doing), like chomping French fries in the McDonald’s parking lot, this is still Michael Jackson. And some of the things Whitfield and Beard saw and experienced are beyond comprehension.

Like the time Michael’s miserable brother Randy Jackson drove a Mercedes SUV through Michael’s gate, demanding to speak to him.

Whitfield: I came between [Randy’s car] and the house, drew my pistol and took aim at the driver. I had the laser sight right on his chest and the only thing running through my mind was, Whoever this is, they’re about to get shot. The driver ducked down and out the corner of my eye I saw this woman in the passenger seat. That threw me. I wasn’t expecting to see a woman. Then the driver lifted his head up and I saw who it was and I froze. Holy shit, I thought. That’s his brother. That’s Randy Jackson.

Whitfield: I didn’t care what he wanted. I just wanted him outside the gate. I put my pistol away, trying to cool things down. I asked him to exit his vehicle so we could talk in a civilized manner. He refused. He just sat there in the car, threatening to call the press if he didn’t get to see his brother. I didn’t want him to call the press, and I couldn’t call the cops because that would just bring the press too. I was stuck. I had this angry little asshole cussing in my face, and I couldn’t do anything about it.

Eventually, Whitfield tells Mr. Jackson — as they refer to Michael throughout the book; that or “boss” — who simply says, “Get rid of him.” Eventually, in an odd turn of events, Whitfield and Beard call Joe Jackson, of all people. “Randy’s a grown-ass man, and here we were calling his daddy to come and clean up his mess” said Whitfield, which eventually led to Joe showing up and convincing Randy to leave.

This is a wild story — though par for the course for the wild Jackson family — but the context is equally bizarre. That night, Michael, with Whitfield and Beard in tow, prepared to make a rare public appearance at Elizabeth Taylor’s 75th birthday party. Michael was as excited as ever because he was going to surprise his dear friend Liz. He’d flown Roberto Cavalli out to Vegas, where they were living, so he could make Michael a custom outfit. Whitfield and Beard purchased new suits, at Michael’s request. The house was buzzing that day — this kind of glitz wasn’t normal at this stage of his life.

And then stupid Randy showed up and ruined it all. Michael, devastated by the incident, couldn’t do anything but retire to bed.

The story is action-packed, drama-filled, and a gossip magazine’s dream. But in it are a handful of common themes that run throughout the book. Especially the idea of Michael being debilitatingly nonconfrontational, exhibited here by not wanting to deal with his family’s mess himself, and also his family’s being a mess. (During this time, Michael demanded that everyone in the family make appointments, with this exception of his mother.) But, more than anything, it illuminates Michael wanting to do “normal” things, only for the plan to somehow go awry.

And as was with the offhand mention of Elizabeth Taylor and Roberto Cavalli, throughout the book you learn who Michael came in contact with through these final years. There are multiple mentions of Will.i.am, Akon, and Kanye West spending time in the studio with Michael, house visits by Chris Tucker, Eddie Griffin, and former Atlanta mayor and U.S. ambassador to the United Nations Andrew Young. There’s the time they went to Jesse Jackson’s birthday party. And there’s the story of Michael Jackson and O.J. Simpson being friends from back in the day, capped by Michael telling Whitfield and Beard that O.J. stayed at the Neverland Ranch after he was acquitted.

The stories Whitfield and Beard relay are startling to read now, but they’re also highly amplified by what fantastic storytellers they are. When the job became aggravating — they went unpaid for long periods at a time — you can feel the frustration in their words. When the job became stressful, that stresses out the reader. When they were worried about the children missing out on a proper childhood, or concerned about how they’d learn about Michael Jackson’s passing, you can feel how close they’d grown to this family. When they were defensive, you could feel them ready to fight on Michael’s behalf (examples: Randy Jackson, Katt Williams, hecklers on the street). When there was doubt about working with Michael Jackson, you could really understand their internal struggles. And when spending all your time with Michael Jackson seemed funny, they somehow make it seem even funnier in the retelling.

I don’t care what anybody says about Michael Jackson trying to act like or turn himself into a white man. Anybody who insists on taking his own spray butter and hot sauce to a movie theater? That man is black, ghetto, and hood.

From Michael sitting in the car, obsessing over the Bobby Brown song “My Prerogative” to Whitfield attempting to prevent a public scene by telling a police officer that Michael was actually Prince (causing Michael to say “No wonder why they left us alone”) to learning of all the twisted ins and outs of the sad, conniving world of Michael Jackson’s business affairs, this account has dozens of worthy stories. It also has something truly valuable: it’s fair.

It’s a simple notion, fair, but it’s rare in the telling of anything related to the life of Michael Jackson. It’s a fair account of what they saw and what they felt while seeing it, an account that truly separates it from the rest.