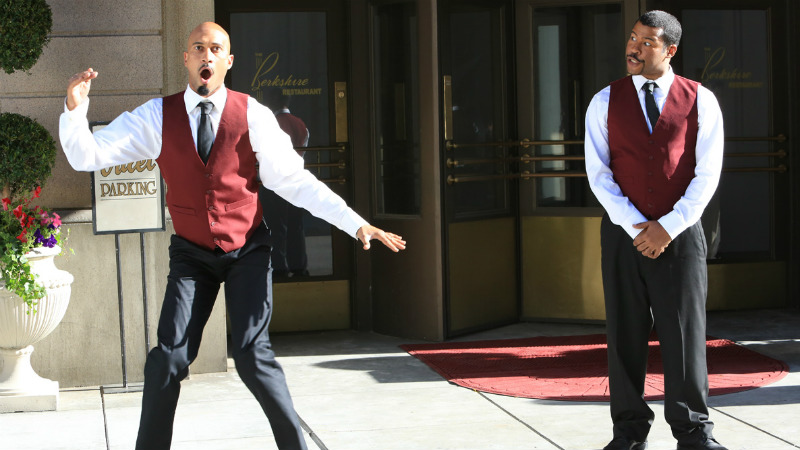 CBS announced on Wednesday that The Big Bang Theory has been reelected for another three-year term, keeping it on the air through at least the 2016-17 season. For everyone keeping score at home, that means the show’s lifespan will be no less than 10 seasons and 230 episodes. Deadline writes that it’s the show’s “second consecutive three-season pickup, a commitment reserved only for the biggest shows on television.”

Big Bang’s top stars — Johnny Galecki, Jim Parsons, and Kaley Cuoco — currently make about $350,000 an episode, a figure that could jet to roughly $1 million per episode, Friends-style. (Are they realllly worth that? you ask. Yeah. The show is, per Deadline, “head and shoulders above any non-sports series on broadcast TV and still posts year-to-year gains seven seasons into its run.” It’s currently averaging 19.79 million viewers — a 4 percent rise from last year — and a 6.1 rating in the 18-49 demo. That’s $1 million–per-star-per-episode shit. On a show with 24-episode seasons. Definitely.)

Over at Comedy Central, Key & Peele seemed like a solid bet for a fourth season. The pleasant surprise, though, is that it’ll be a 20-episode fourth season, after previous years featured eight, 10, and 13 episodes. “Keegan and Jordan keep generating such a limitless supply of funny, inventive sketches, I’m starting to think they are not only 1/2 black and 1/2 white, but also 3/4 alien,” says Kent Alterman, Comedy Central’s president of original programming. I’m unsure if hard connections have been drawn between alien life-forms and comedic productivity, but can’t argue with the initial premise.

BUT THERE’S MORE: Vandaveon Huggins and Mike Taylor, Key and Peele’s YouTube alter egos who give amateur critiques of the episodes later on YouTube, are getting a (presumably made-for-television) spinoff. “In the animated project, Vandaveon and Mike are 12-year-old hall monitors navigating their way through middle school,” Deadline writes. So yeah — K&P Central.

And for the stat-hungry folks wondering exactly how strong the network’s bets on Keegan-Michael Key and Jordan Peele are: Season 3 averaged 2 million viewers, the YouTube clips have resulted in more than half a billion streams, and nine of the top 10 most popular clips on Comedy Central’s YouTube channel come from Key & Peele. “Substitute Teacher” holds the fort with more than 47 million views, which surpasses no. 2, the sensational “East/West College Bowl,” by 25 million.

The Andy Greenwald Podcast: Danny Pudi of ‘Community’ and New 30 for 30 Short ‘Untucked’