The Audacity of Neesons: Liam Neeson Continues to Fight About the Horses 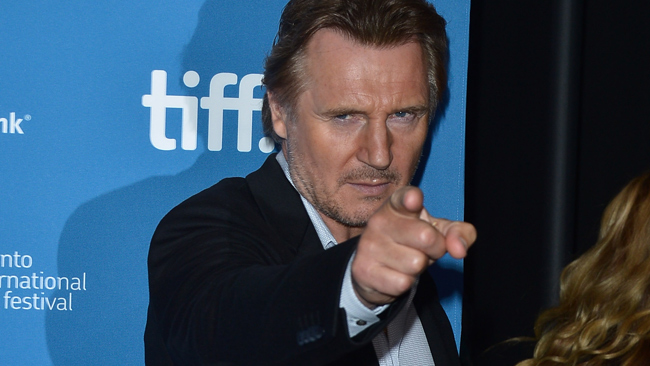 It’s remarkable that Neesons has taken it this far. That he’s found a new way to force my hand and get me to continue to cover his cause, a cause as appealing as making elementary school kids file taxes.

There have been moments since the last time I wrote about Neesons and horses that I’ve almost caved, but I found ways to show some restraint. But it’s been hard. Like the time I walked by Central Park to get a smoothie and saw this: 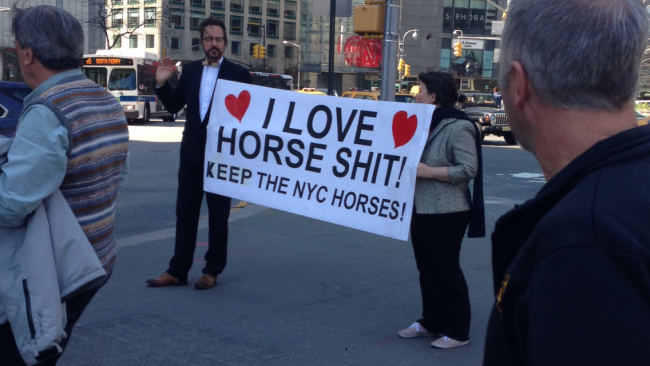 But whatever. Just some adults not at work fighting for Neesons. Nothing to see here. But then this: 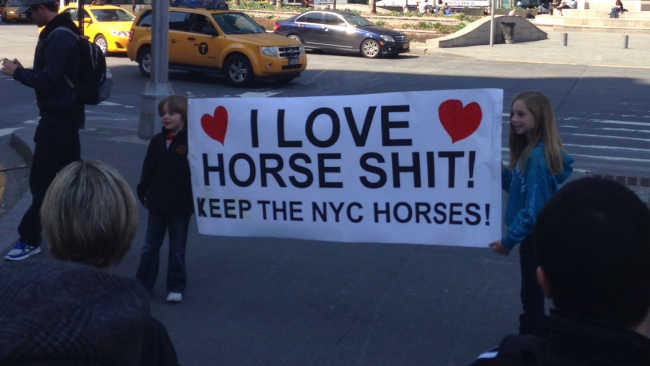 Wow, Neesons. Your cultish ways have infected the youth. They know not whom they follow, Neesons. They’re only very, very small adults, after all.

But still. I didn’t write about it. I hoped it was just a phase. A fad. And who likes to write about fads twice?

So it was over. Weeks went by and no Neesons lip. It looked as if it were over. Mayor de Blasio could go on leading his city through the 19th straight month of winter, the horses could finally become emancipated, and Neesons could go back to find his recently kidnapped daughter.

But nothing’s that simple when you’re dealing with Neesons. Nothing. Because — somehow — this man got an op-ed in the New York Times. Tuesday.

ABOUT THE DAMN CENTRAL PARK HORSES.

It’s a doozy, more of the same pabulum as before, but this time with DATA. Numbers seem to be what got him out of Jon Stewart cable purgatory and next to David Brooks. Just unbelievable.

Do read it yourself here, but if you prefer your Neesons in print, here’s my annotated version of his manifesto, brought to you by the 10th-grade English class ghost of myself that has a gift for doodling, underlining everything, and taking highly illegible notes, perfect for the night before the test. 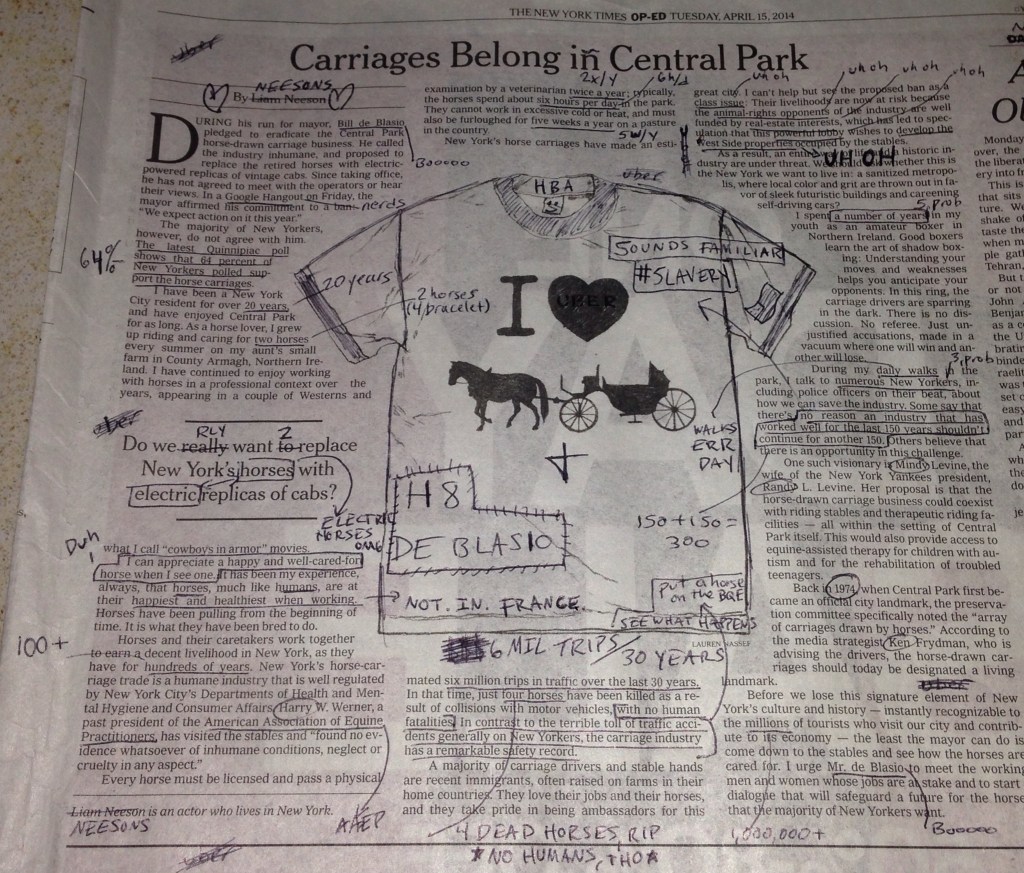 'Mrs. Doubtfire' Is Getting Sequelized