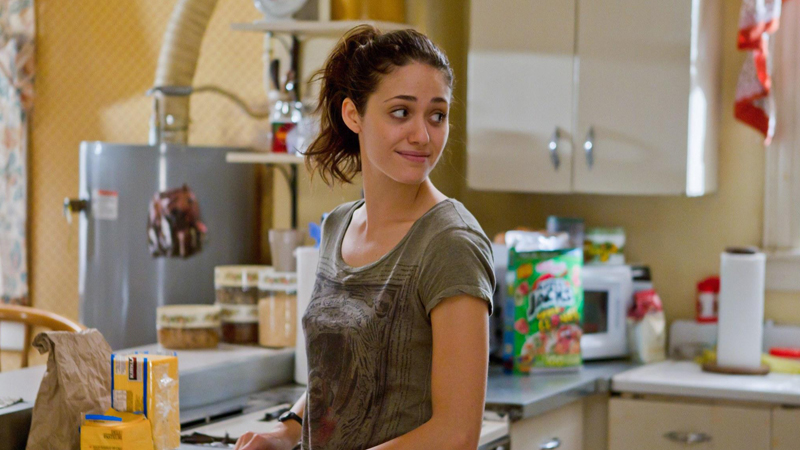 This season on Showtime’s Shameless, Emmy Rossum has had to portray the downward spiral of Fiona, once the only upwardly mobile member of the fractious Gallagher clan. But the other week in New York City, Rossum was just playing the part of a successful Hollywood actress in town for a day, bouncing from one media opportunity to another. After a busy morning chatting with Kelly & Michael and cooking with Gloria Estefan and Mario Batali on The Chew, and just before crashing the red carpet for Nymphomaniac Vol. I, she stopped by a Manhattan studio to record a podcast. She was easily the best dressed person ever to appear on my show — even after she kicked off her Louboutin heels — and one of the feistiest.

After explaining her regimen for portraying Fiona’s decline (it involves documentaries about death and running barefoot through the Chicago snow), Rossum pushed the conversation way off track. Soon we were discussing the long list of things she would never do (including most drugs, skydiving, and roller coasters), the time she ate pie with Bobby Duvall, and how the Knicks are more depressing than Frank Gallagher’s late-stage liver failure. The life of an actress is always strange. It was fun sparring with someone who is more than willing to admit it.

'The Walking Dead' Recap: There's No 'I' in Team, But There's an 'Us' in Terminus

‘The Comeback’ Might Be Coming Back to HBO, More Relevant Than Ever