Sometime every March, I sit down with a list of the movies opening in the summer — really, I should start in February, because anyone who doubts that climate change is real just needs to look at the blockbuster release date. The climate has changed. That second Captain America movie — The Winter Soldier — opened on April 4, missing actual winter by only two weeks. Doesn’t March 28’s Noah, with its on-trend end-of-the-world chest beating, constitute a kind of summerness? With blockbusters, “summer” has been open to interpretation for four decades — when it starts, what it is, and who should star in it.

We’ve been arguing about that last question for decades, because for decades it’s been men. But this year things appear to be looking up. Seventeen of the 40 major or majorish studio movies scheduled for release between May and Labor Day (what? I’m a loose traditionalist) star a woman or prominently feature women in an ensemble. It’s true that only one of those movies is directed by a woman (that would be Lana Wachowski), but the number of non-male faces fronting those movies represents a significant improvement over last summer, when The Heat’s Sandra Bullock and Melissa McCarthy were almost the only non-girlfriend, non-sidekick women you could find. In 2014, the air of womanliness is strong. The Loft (August 29), for instance, is about five philandering husbands and a dead mistress but inconveniently evokes Ann Taylor, too.

Those 17 movies include something like X-Men: Days of Future Past (May 23), which according to the new poster is set entirely inside the body of Jennifer Lawrence. But that number does not include The Amazing Spider-Man 2 (May 2), lest it be perceived as encouraging the film industry to continue both the love-interestification of Emma Stone and granny-ization of Sally Field. These are crimes and ought to be acknowledged as such.

There’s a lot these numbers don’t do. For one thing, they don’t portend quality. Excellence would be a bonus. But a real mark of achievement would be that the failure of, say, Maleficent (May 30) — heaven forbid — would result only in fewer 38-year-old movie stars playing evil stepmothers, queens, fairies, etc., and not in fewer summer movies starring Angelina Jolie. All of these movies can’t be hits. But there’s a kind of pressure on them. If they don’t work, executives might draw the wrong conclusion about why they didn’t take off. Of course, there’s no guarantee executives will draw the right conclusion even if they do work. As deeply curious, for instance, as I might be about the idea of Emily Blunt repeatedly instructing Tom Cruise how to be an action hero, as appears to be the case in the alien-invasion extravangaza Edge of Tomorrow (June 6), I’m hoping its possible success wins us more Emily Blunt movies.

If we’re celebrating anything, it’s simply that some area of the playing field is being leveled even somewhat. It’s that Natalie Portman can star in her own Death Wish (no matter how troubled) — an avenging-wife drama called Jane Got a Gun (August 29). It’s that Luc Besson’s vacation from writing and producing AARP action thrillers has been devoted to directing a superpowers blockbuster called Lucy (August 8) built around Scarlett Johansson. This is not an original idea. Johansson has been doing reliable assistant work in a wing of the Marvel universe for a couple of years. But unlike the men at Marvel, Besson can look at Johansson and think, This woman needs a blockbuster of her own. He likes tough ladies, whether they’re Anne Parillaud as la femme Nikita or Michelle Yeoh as Aung San Suu Kyi.

What’s exciting about these movies is that they’re not about a bunch of chicks with guns and superpowers. (No one appears to be going for Barbarella, either. Mila Kunis begins the Wachowskis’ intergalactic fantasia Jupiter Ascending (July 18) as a Russian janitor in a flannel and jeans.) Shailene Woodley gets to take her Divergent fame for a test spin in an adaptation of the young-adult, tragic-realist bestseller The Fault in Our Stars (June 6), which is another of those dying-girl romances. Again, stuff like content, quality, and AYFKM can wait until the end of summer. Of course, by then, whoever Woodley’s playing in this movie might not live that long. I’m also getting death vibes from If I Stay, which is also based on a young-adult novel (by Gayle Forman), starring Chloë Grace Moretz as a musician in a coma. Sounds grim, but YA fiction is to some girls what comic books are to some boys: New Testament. 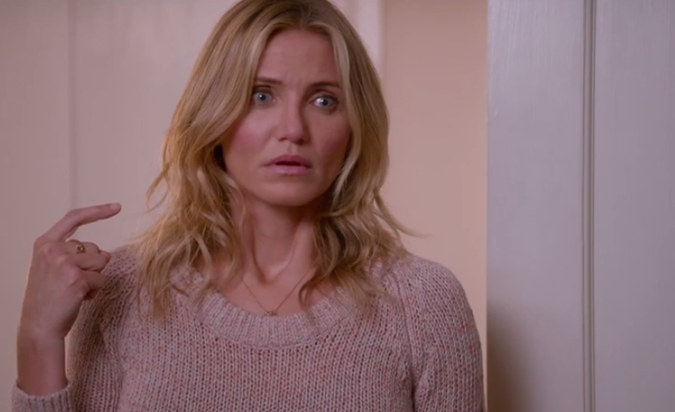 The lessons of summers past have told us the season is an ideal time for women to make us laugh, but that should not be construed as meaning an ideal time for us to laugh at women. Cameron Diaz and McCarthy have become experts in walking the tightrope between the two and usually come out on top. Sex Tape reunites Diaz with Jason Segel and the director Jake Kasdan, two of the gang responsible for Bad Teacher, a not-that-funny, semi-hateful comedy that was a minor hit in the summer of 2011. (Diaz has become the Floyd Mayweather of misogynist “hilarity.”) In Sex Tape (July 25), she and Segel play a married couple whose recorded tryst goes missing. The credited screenwriter is Kate Angelo, a TV veteran, and one of paltry few women scripting our summer entertainment.

McCarthy happens to be another such woman. She wrote Tammy (July 2) with her husband, the actor Ben Falcone, who also directs her in this movie about a newly fired waitress who trades her cheating husband (Nat Faxon) for a road trip with her grandmother. This is a generic scenario, but the news that Susan Sarandon plays the grandmother strikes a note of promise. Of course, only 24 years separate these two. So even if the road trip doesn’t end with the two of them driving a car into the Grand Canyon, logical casting has already leaped off a cliff.

A trusty barometer of the legitimacy of a women’s movie is the famous Bechdel test, whose three benchmarks are (1) whether the movie has at least two women, (2) whether the women talk to each other, and (3) whether they talk about something other than a man. Presumably, Tammy passes the test (it also has parts for Toni Collette, Allison Janney, Sandra Oh, and Kathy Bates). Who knows whether these are movies anyone will want to see, let alone women? But it’s encouraging that Warner Bros. is opening Tammy for the Fourth of July holiday, which used to be called Will Smith Weekend.

FiveThirtyEight writer Walt Hickey rigorously put the Bechdel test through its paces a few weeks ago, and concluded that the stigma against movies carried by women is unfounded. Movies that pass the test actually perform well commercially. All anyone talked about in 2012’s absurdly enjoyable Think Like a Man was the opposite sex. So it failed the Bechdel test but spawned a sequel — the illogically redundant Think Like a Man Too (June 20). It would have been easy to drop this movie in February or October. But February might have given audiences a Kevin Hart attack and October might have sent them into withdrawal. Hart is getting the crucial “and” billing this time, but if memory serves, it was Regina Hall and especially Taraji P. Henson who stopped him from stealing the whole show two years ago. This time everybody’s going to Sin City — not that Sin City, although that Sin City is back, too, as Sin City: A Dame to Kill For (August 22). It’s unclear who was clamoring for another dip in Robert Rodriguez and Frank Miller’s pseudo-feminist pulp film noir with its abused women, exotic dancers, and femmes fatales. But it’s coming. Blunt may be starring in Edge of Tomorrow. A Dame to Kill For already feels like Edge of Yesterday.

It might work. Even so, you might need a movie like this to know how far things have come and how far they have to go. It’d be nice if even more of these movies were being produced, approved, written, and directed by women. How precisely that would change the type of movies we get is unclear. But it would represent a change. For a moment, it seemed as if the spoils of Bridesmaids and Bad Teacher had gone mostly to TV (Bad Teacher is now a sitcom). So two megaplex comedies starring women, for example, feels like an absurd, shameful rarity. We might have to wait a year to see that many in one season again. Moreover, Diaz and McCarthy shouldn’t be doing it alone, although many of us would pay a lot of money to see them do it together.

Aaron Sorkin on ‘The Newsroom’: ‘I Apologize and I’d Like to Start Over’

"It's not gonna happen." —Courteney Cox on the 'Friends' reunion that was never really happening, so maybe we stop constantly asking them about it? (Fine. Let's ask Schwimmer. He gets things done.)