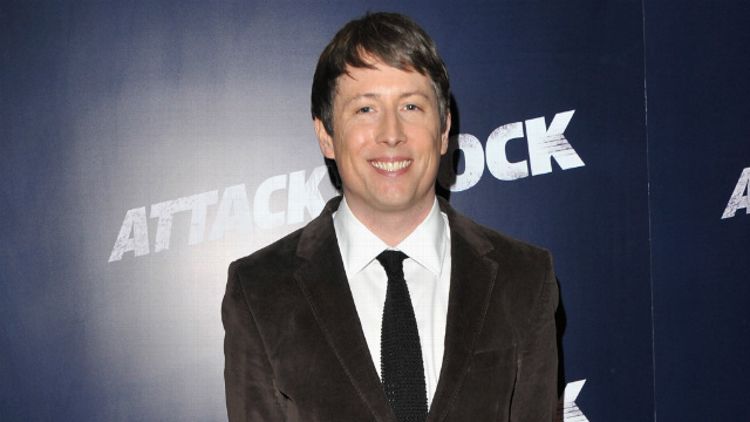 J.J. Abrams has been vocal about the impossibility of directing Star Wars: Episode VII as well as another Star Trek movie. It’s just too much space for one man; his insides would get all goopy and he’d start muddling Yoda’s catchphrases with Spock’s. With that reality starting to sink in, Paramount is reportedly looking at England’s Joe Cornish for the follow-up to this year’s Cumberbatchtastic Star Trek Into Darkness. Cornish became a known quantity in 2011 with Attack the Block, a low-budget alien-invasion flick that oozed cool. Since then he’s cowritten Steven Spielberg’s The Adventures of Tin Tin and Edgar Wright’s upcoming Ant-Man. The man is ready for his shot.

“Doing a movie like this would certainly put his career on a warp speed path,” Deadline writes, going on to remind us that Cornish is currently in the process of adapting Neal Stephenson’s prophetic cyberpunk novel Snow Crash. Should Cornish fall too deeply into the tale of Hiro Protagonist and start finding Kirk and Scotty dull and old hat, there have been rumors about Jon M. Chu and Rupert Wyatt as potential directors. Chu wouldn’t be the most inspiring choice, having directed two Step Up movies, a pair of Justin Bieber documentaries (a pair!), and G.I. Joe: Retaliation. Wyatt, on the other hand, did the well-received Rise of the Planet of the Apes and has an Abrams endorsement on his side — “He’s incredibly talented and we’d be lucky to have someone as talented as Rupert.”

The threequel is slated to film next summer. Abrams will stick around as producer and feels, as he recently told Collider, confident the franchise will maintain its integrity. “Whomever it is that directs the film will be someone we all know is going to keep the cast and crew in good hands,” he said. “I feel very lucky to have been part of it, and it definitely feels like the right time to let someone come in and do their own thing. I certainly don’t want someone to come in and try to do what I would have done. We want to hire someone who’s gonna come in and bring their own sensibility. I’m very excited to see what comes next, despite feeling jealous of whomever that person is.” Hear that, Joe Cornish? You can lead your résumé with “Made J.J. Abrams Super Jealous.” What else is there to consider?