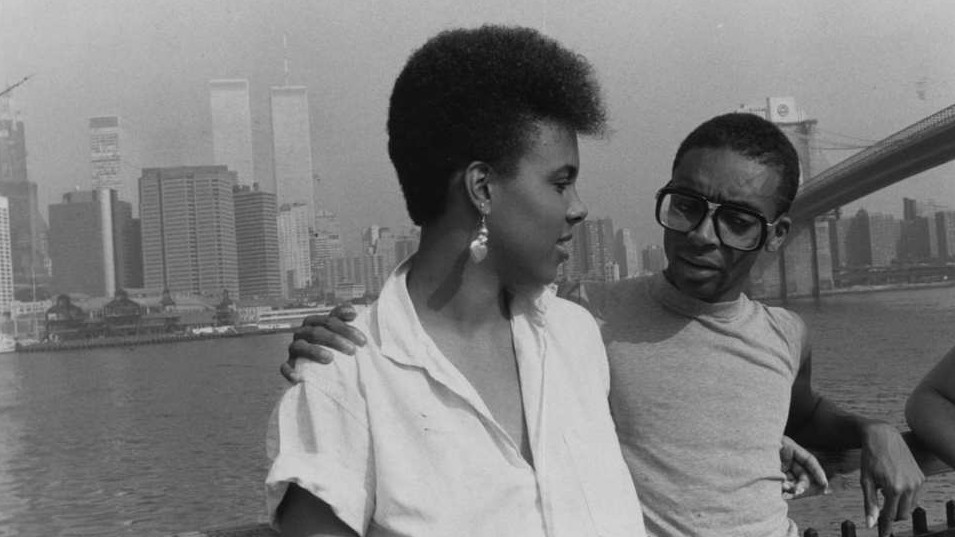 In the summer of 1985, fresh out of NYU film school, a leaner, smilier, far less grizzled Spike Lee gave us his first proper feature film, She’s Gotta Have It. A charmingly rough black-and-white comedy shot for $175,000, it follows the exploits of a sex-forward young lady named Nola Darling and the men she juggles (including, of course, Spike himself, as future Nike mouthpiece Mars Blackmon). Usually, after that kind of precocious debut, the next question shouted out with great import is “Can this talented young person fulfill his potential?” But just three years later, Spike would give us the incendiary Do the Right Thing, so definitively answering that question that it rendered its initial asking, in hindsight, a bit preposterous. All of which is to say that, if She’s Gotta Have It doesn’t immediately flash into your brain as the first great blow from the Spike Lee empire, that’s understandable. And now that we’re all caught up, the news: As Deadline reports, Spike is writing and directing a She’s Gotta Have It half-hour series for Showtime. Mars lives!

The news comes roughly two years since HBO passed on Lee’s Da Brick, a drama scripted by 12 Years a Slave Oscar winner John Ridley, loosely based on Mike Tyson’s upbringing and starring newly minted Star Wars dude John Boyega. Now Spike’s heading back to TV, with an adaptation. Says Deadline, “The project is taking a new, contemporary look at the characters and will explore Lee’s unique and provocative points of view about race, gender, sexuality, relationships, and the gentrification in Brooklyn.” (A debate Spike has been embroiled in recently, loudly and publicly.)

So: Spike Lee, who’s repeatedly griped about how hard it is for him to get funding these days, attempts to embrace television once again. He’s not giving up on the movies, oh no: The other project Spike has in the oven is Da Sweet Blood of Jesus, perhaps better known as “Spike Lee’s Kickstarter vampire movie.” That means he’s following up the indie Red Hook Summer with an even smaller indie, one fully funded by its controversial crowd-sourcing campaign, and which stars a few recognizable names (Michael K. Williams, Felicia “Snoop” Pearson) alongside mostly newcomers. Official description: “Human beings who are addicted to blood. Funny, sexy and bloody. A new kind of love story (and not a remake of ‘Blacula’).” Got it!

Which means that, if the trend holds, and things work out with Showtime, Spike might yet have himself a future with the small screen. So let’s cut to the chase: Which of his other movies should Spike consider adapting for TV?

Malcolm X and Do the Right Thing were, to understate things a bit, fine the first time, and should not be touched. A lot of the other early films (save for probably Jungle Fever) have in common an insular, defined community — the college campus of School Daze, the jazz scene of Mo’ Better Blues, the Bed-Stuy of Crooklyn — and so seem to make sense for a TV transposition. (For as much as the Roots have gotten from the “people don’t come” scene from Mo’ Better Blues, they should obviously do the theme music for that one.)

Clockers, with a screenplay adapted by Richard Price from his own novel, would be a perfect gritty crime series (yes, Price wrote for The Wire, but before Price came along, The Wire, by David Simon’s own admission, borrowed from Clockers). Get on the Bus, Girl 6, She Hate Me, and Summer of Sam probably don’t have the name recognition needed for this kind of thing (even if Summer of Sam would make a pretty good, sweaty miniseries and She Hate Me had Kerry Washington way before Scandal). Bamboozled is a carefully calibrated kind of movie, and so that’s another one that shouldn’t be tampered with. I’d say the same about He Got Game, but we were just talking about a sequel that may never happen, so why not straight to TV? You wouldn’t want 12 episodes about a whole new Jesus Shuttlesworth fighting his way out of Coney Island?

Similarly, Spike’s still mad he never got to make Inside Man 2 (we’re mad too!). But that flick — structured as it was around an inventive little bank heist — doesn’t seem to lend itself to repetition. Not sure how they’d replicate The 25th Hour, either, although they could just run this virtuosic scene over and over and the audiences would probably be pretty rapt.

By the way, Spike’s got one other TV project in the works: He’s directing ascendant comic Jerrod Carmichael’s first stand-up special for HBO. You know what? On second thought, maybe Spike doesn’t really need our advice?

Filed Under: TV, spike lee, She's Gotta Have It, Showtime