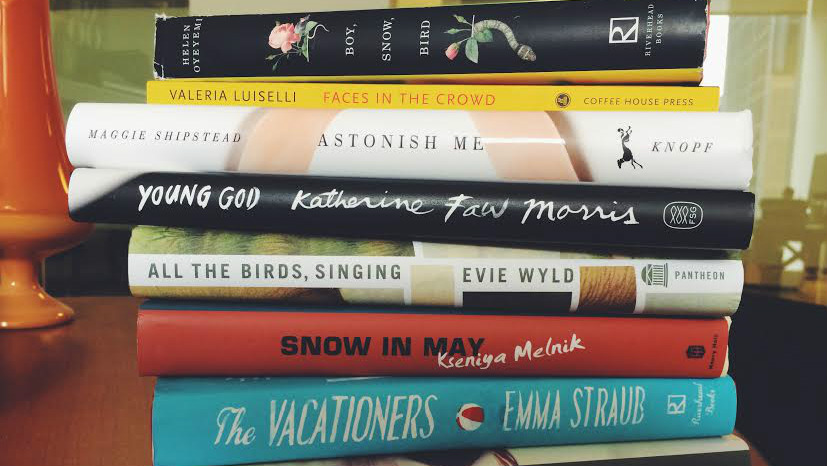 Earlier this year, under the hashtag #readwomen2014, a small movement of bookish Twitter users said that this would be the year they only read women. Sure, it’s a little extreme, but I can’t knock anyone for wanting to bring more attention to female authors.

Still, I found the recommendations to be a bit predictable and somewhat homogenous. Does the work of Edith Wharton really need more advocates? If there are women that deserve our literary attention, it’s the talented young novelists whose books represent the most ambitious and daring novels being published today.

Helen Oyeyemi’s Boy, Snow, Bird is a rare contemporary novel that’s not afraid to confront race. It’s also the rare novel that isn’t heavy-handed or humorless while doing it. The book opens in the ’50s, where Boy Novak runs away from New York to a small town in Massachusetts to escape an abusive parent. She meets a widower named Arturo, but when they have a dark-skinned daughter together, she discovers that Arturo’s family has been passing for white. Boy, Snow, Bird is not willing to give easy answers on the morality of passing, but it does deliberate on the notion of beauty and race as things that are perceived. Without giving anything away, the book’s final twist will be divisive. But it’s actually the book’s boldest, most interesting risk. I’m unsure how Boy, Snow, Bird will be looked at in years to come, but I wouldn’t be surprised if it’s remembered as one of the great passing narratives, one that stands proudly along Nella Larsen’s Passing and Charles W. Chesnutt’s The Marrow of Tradition.

Translated from Spanish, Faces in the Crowd by Valeria Luiselli has a lyrical cadence to it. It moves in hazy, dreamlike moments rather than scenes. (“Not a fragmented novel,” the narrator declares. “A horizontal novel, narrated vertically.”) Two things are happening in parallel: A translator is thinking back to her days in New York, as a young mother watching her marriage deteriorate; she also looks at the work of Mexican poet Gilberto Owen, whose life begins to resemble things closer and closer to her own. The observational structure recalls Renata Adler’s Speedboat, but by the end, when the two stories become interspersed, Faces in the Crowd changes shape entirely. The narrator’s life becomes hard to distinguish from the poet’s, and in Luiselli’s narrative experimentation, we find gravitas in her character’s confusion.

Maggie Shipstead’s Astonish Me spans several decades, realizing the life of a ballerina named Joan. The book opens in the ’70s, in the midst of the Cold War, when Joan’s relationship with a Russian dancer helps him defect to the United States. But their affair ends when it becomes clear that Joan’s talents don’t match those of her lover’s. Astonish Me is thoughtful and carefully observed. It also helps that the world of ballet is endlessly fascinating — a brutal environment that hides jealousies and battered bodies in order to surface something elegant and artful. This same necessity of discipline and pain is one that influences these characters’ lives. Joan’s childhood sweetheart, Jacob, whose affections are at first unrequited, acknowledges that love is an imbalance: “[W]hat he wants is impossible — he wants to change the past, for everything to happen in the right order. He wants them to love each other equally, but he is afraid of what it would be like if they did.” Despite its affairs and drama, Astonish Me is mostly quiet and nuanced; the bittersweet pieces come together in a way that feels less written and more choreographed.

Modern Southern Gothic lit is predominantly written by men — Daniel Woodrell, Ron Rash, Donald Pollock, to name a few of the genre’s best authors. But with her debut, Young God, Katherine Faw Morris shows touches of these Gothic greats with a self-assured voice of her own. In following 13-year-old Nikki, we discover the backwoods of the Carolina hills, a place where drug production, prostitution, and bloodshed all function as territories that need to be claimed and protected. It’s gritty and violent, and through Morris’s flash-fiction trickery, we are shown glimpses of humanity throughout, like breaths of fresh air from Young God’s bleakness. It’s a novel that engages all the senses, and despite its brevity, one that lingers like a bruise.

Almost as dark as Young God is All the Birds, Singing. This haunting second novel by Evie Wyld features a tough heroine, Jake Whyte, who lives on an isolated British island with her sheep and her border collie. The book opens with Jake discovering one of her flock mangled, and each night, she finds another of her sheep mutilated by something sinister. In tandem, the novel also splits its time with flashbacks to Jake’s past in Australia — a different landscape that hides even shadier secrets. Several unnerving tensions run throughout All the Birds, Singing: the question of what’s killing the sheep, the mysteries behind Jake’s exile, and a peripheral maybe-supernatural quality that pervades each of these careful pages. The ending is a bit of an anticlimax. But it’s entirely satisfying, without answering all of those open questions, because it turns out that the external mysteries All the Birds, Singing opens with are not as important as the interior ones it ends with.

It may be a collection of nine stories, but Kseniya Melnik’s debut, Snow in May, has the thematic breadth and cohesion of a novel. Though they move back and forth from past to near-present, these stories all center on the Russian town of Magadan. Some of them take place in other places — Moscow, North Dakota — but they all come back to Magadan, a former gateway to the Gulag, Stalin’s forced labor camps. Melnik unpacks her Russian American heritage, and you can sense she’s writing about a place she cares about while making sense of its dark history through a number of perspectives. In “Love, Italian Style, or in Line for Bananas,” a married woman is tempted by an Italian soccer player; “The Witch” finds a mother taking her daughter to see a mystical healer; “Rumba” is about a dance instructor. The variety results in a portrait of regional character, one marred by past atrocities but lightened by beautifully drawn characters. It’s an impressive thing, the way Melnik is able to evoke so much from a landscape of frozen tundra.

If a vacation is an escape from problems at home, how long can those pressures be buried? For the Post family and their two-week getaway to the island of Mallorca, it turns out not very long. In her clever second novel, The Vacationers, Emma Straub has written something decidedly more accessible, and it seems like a more comfortable fit for her. Still intact are the important things: Few writers can infuse a sentence with as much wit as Straub can. The Post family constantly bickers and pokes at each other’s flaws, and yet every character is handled with such empathy. In fact, the most interesting one is Bobby Post’s girlfriend, Carmen, a personal trainer from Miami who is largely disliked by everyone because she’s not as bookish as the rest of the Manhattanite Post family. Still, Carmen is portrayed with warmth and humanity. The book is propelled by family drama — some funny, some sad, all told with a sense of optimism — making The Vacationers a near-perfect high-brow summer novel.

No one understands the social dynamics of teenage girls better than Megan Abbott. In her past two novels, Dare Me and the underrated The End of Everything, Abbott explored the psychic wounds and adolescent cruelty of middle school and high school girls (think erudite Pretty Little Liars). With The Fever, Abbott’s best work, she places the reader in a sleepy suburb where a group of close friends have all succumbed to a mysterious illness — a sudden seizure followed by intense hospitalization. No one knows what’s causing the sickness, whether it’s infectious, or just how dangerous it is. Abbott plays with our expectations for what the “fever” means — both as a plot and literary device. Is it the reckoning for the sins of these girls’ parents? A metaphor for the loss of sexual innocence? Or some kind of STI? Abbott’s prose has a jagged, stilted quality to it, which might be jarring at first. But settling into The Fever, one realizes that Abbott is setting a rhythm, one that’s measured and paced with the brilliance of one of the best living mystery writers.