Songs of the Week: The Majestically Underwhelming Return of U2 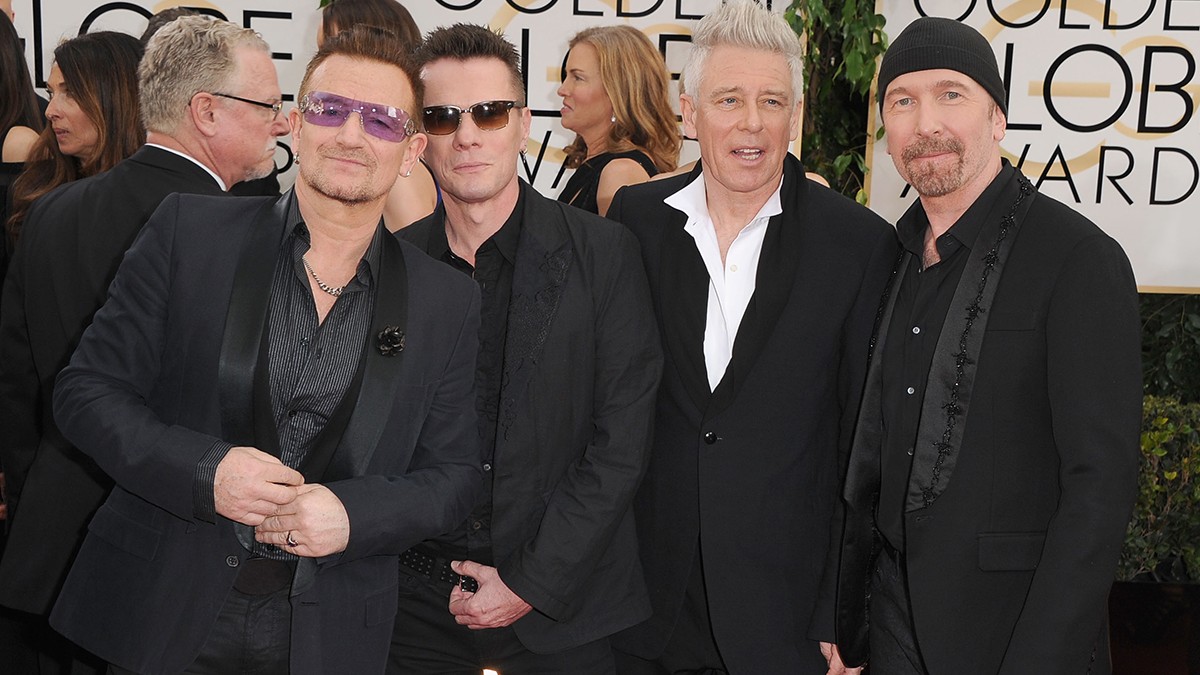 If Beyoncé represents a new model for how superstar pop acts roll out a new album, you could say U2 pulled a temporary, half-measure Beyoncé with latest single “Invisible.” The song was made available (in very 2010s fashion) as a free download on Super Bowl Sunday and promoted (in very 1990s fashion) with an expensive game-time commercial. As a sneak preview of the new, in-the-works U2 album, “Invisible” hints at a more consistent though ultimately safer LP than 2009’s No Line on the Horizon. For all its clunkers, Horizon represented a swing for the fences. “Invisible,” meanwhile, is U2 in How to Dismantle an Atomic Bomb mode, sticking to the center lane rather than haphazardly “reinventing” itself. So, yeah, given the pageantry of the song’s introduction, “Invisible” is a little underwhelming. But the sound of the Edge’s guitar is like French fries on my musical comfort-food menu, so I remain (perhaps irrationally) interested in what comes next.

Miguel is most celebrated for his Marvin Gaye–conjuring soul singer side. But as the title of 2012’s Kaleidoscope Dream suggests, he also has a serious jones for nocturnal psych-tinged moodiness. Miguel’s new song “Simplethings,” recently featured in an episode of Girls, subverts the silky come-ons of his monster hit “Adorn” into a vaguely sinister love ballad about wanting someone to smoke with that sounds like one of Trent Reznor’s self-hatred hymns from The Downward Spiral.

This song may appear on Ross’s forthcoming record Mastermind, due out March 4. Or it might not. It might just be a very lush snapshot of Ross enjoying a prerelease meal of Red Lobster takeout in the passenger seat of a 2014 Maybach coupe. Either way, the Bawse appears to still be the Bawse.

The Tuareg “desert blues” group Tinariwen made its most American-influenced album yet with 2011’s Tassili, enlisting the talents of TV on the Radio, Wilco’s Nels Cline, and the Dirty Dozen Brass Band. For the band’s seventh record, Emmaar, Tinariwen decamped to the desert setting of Joshua Tree, California, more out of necessity than aesthetic preference. Political unrest in the group’s home in northern Mali has led to persecution of musicians at the hands of extremist Muslims. One of Tinariwen’s members, Abdallah ag Lamida, was actually kidnapped, preventing him from contributing to Emmaar. (He was freed in January.) In spite of the terrible circumstances of its creation, Emmaar is a characteristically mesmerizing guitar record, as evidenced by the smoldering “Imidiwan Ahi Sigdim.”

Woods of Desolation, “This Autumn Light”

In the wake of Deafheaven’s awe-inspiring Sunbather (my favorite album in 2013), mainstream attention is focused like never before on rock bands that bridge the gap between black metal histrionics and ’90s shoegazer-style guitar dynamics. One of the most celebrated bands working this terrain is the French band Alcest, though the group’s gorgeous new LP Shelter is essentially a “shoegazer metal” record without the metal. (The single “Opale” is a straight-up Slowdive homage.) While Shelter is good, Sunbather fans will want to head next to Woods of Desolation’s As the Stars, which similarly juxtaposes ugliness and beauty with heart-exploding emotional payoffs. Lest anyone accuse the Australian band of trend-hopping, Woods of Desolation has been at it since the late ’00s, and has two previous albums. But As the Stars will likely garner the most attention yet, and deservedly so. The record sounds huge, but it’s also surprisingly digestible, with seven songs coming and going in just over a half hour. “This Autumn Light” is almost catchy, even.

Dum Dum Girls’ latest record, Too True, has been my default at-work music lately, partly because I like it, and partly because witchy ’80s-sounding girl-group pop is maybe the easiest music on earth to zone in and out of. It’s like the “All Things Considered” of rock. But after all those listens, I’ve just now noticed that Dee Dee is pronouncing Rimbaud incorrectly. Now I worry that this record won’t glide bump-free across my cerebellum any longer.

More shoegazer metal! (Have I mentioned I’m stuck in a rabbit hole?) The reference point for this Philadelphia outfit isn’t so much Just for a Day as the big-time alt-rock of Siamese Dream. (Or, for real alt geeks, Mezcal Head.) No screaming or shrapnel-shooting riffs here. When Nothing’s forthcoming debut, Guilty of Everything, hits hard, it’s almost always a passive-aggressive gesture. This is a record composed of abrasive but ultimately beatific guitar tones that emphasize introspection rather than violent physicality. Really wussy stuff, in other words, which explains why I like it so much.

Confession time: I’m an idiot. Because Tenement is from Appleton, Wisconsin, my hometown. I know the band’s frontman, Amos Pitsch, a little bit. The group has been around since the mid-’00s, but until recently I had never heard its music, even though I generally like to keep up with great bands from the Appleton area. (Shout-out to the late, great Obsoletes.) Tenement has gotten some wider exposure lately from touring with Screaming Females and Waxahatchee, which is how I finally started listening to these guys. (“Wouldn’t Let You Go” is Tenement’s contribution to a recent split 7-inch with Screaming Females.) I’ve since discovered that Tenement’s 2011 album, Napalm Dream, is really great in-the-red pop-punk in the vein of Hüsker Dü and the Descendents. So, I’m an idiot because I was asleep until now. Don’t be an idiot like me.

Riff Raff and Action Bronson, “I Should Have Won a Grammy”

Are you going to argue with them? Because I’m not.