Songs of the Week: Joey Bada$$, Ke$ha, and Also People Who Don’t Have Dollar $ign$ in Their Name$ 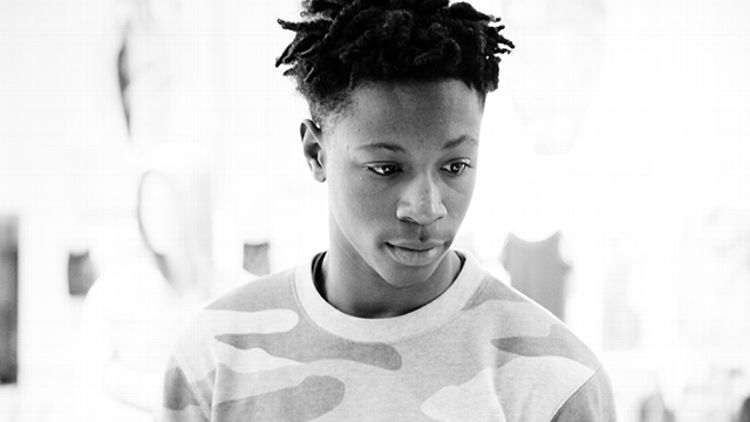 Joey Bada$$’s breathless, mind-boggling ’90s fetishization — the kid was born halfway through the decade — rolls on. I mean, I don’t know for a fact, but I’m pretty sure the last person to have said the phrase “word is bond” had just unironically purchased limited-edition Brand Nubian vinyl and was wearing an upside-down/backward Puma visor.

So Ke$ha is now, it turns out, explicitly biting the locks and looks of the World’s Greatest Vine’r. Asked about the follicle inspirations in this new “Crazy Kids” video, she told MTV, “Well, I love Riff Raff. I love that reference [with the braids]. I like kind of looking like a gangster … I’m just really proud of that hair.” Jody Highroller: the greatest cultural influencer of our generation?

Here is your “idea so good it’s amazing no one thought about it before” for the week: L.A. electro-pop outfit Capital Cities got Frank Tavares from NPR to drop a bunch of gobbledygook all over this track in his soothingly flat radio voice. We have “Support for Capital Cities comes from … lazy hooks” and “National Public Radio” and “Daniel Day Lewis” and “Back to the Future [pause] Two.” So mesmerizing, you almost forget Three Stacks is on this thing too.

As Vice explains, Daddy is James Franco’s “woozy trip-hop duo … that features Franco’s art school buddy Tim O’Keefe. The two met at the Rhode Island School of Design, just before James finished his senior thesis, which happened to be a book of erotic fiction accompanied by a plywood house with the words ‘Fucking James Franco’ emblazoned in neon above the door.” Serious thought: eventually — as professional dilettante James Franco moves from prestigious institution of higher learning to prestigious institution of higher learning, racking up temporary collaborators who’ll never again know the heights of playing around on an 808 with a movie star — will we be forced to face the reality of an I Used To Make Art With James Franco support group?

The Swedish purveyors of slick, high-end pop music follow up “I Love It” with an update on Tupac’s “Me and My Girlfriend” (which took a pit stop on Jay-Z’s “’03 Bonnie & Clyde”) that converts his ride-or-die jam into a BFF female empowerment anthem. Pac would be spinning in his grave (if he of course weren’t alive and well and running a juice stand in south-central Rio de Janeiro)!

Consequence of Sound has the backstory here: “Before [Guns N’ Roses and Hollywood Rose], Axl had a guitarist named Kevin Lawrence, and together they were known as Rapidfire. For two months in 1983, a pre-everything Rose was the lead-singer of the L.A. outfit, winning a battle of the bands at the now-defunct Sunset Strip venue Gazzarri’s and recording a five-track demo.” Now Lawrence has released some of that music for the first time, saying that if he’s approached with the right offer, he’ll release the rest. I don’t know about you guys, but I’m into this. I mean, pre-GNR unfamous Axl! So evocative! Listening to this lost tape, it’s like you can actually hear Axl leave the session, chug a half-bottle of André, call his dealer, and peel out of the studio in a fire-red Camaro convertible while being passively demeaning to his catalog model girlfriend.

The title of this track reminds me of a quick tangent. Remember the Jagged Edge classic “Where the Party At“? There’s one line that I always remembered as “It doesn’t matter who you are / all that matters is who you is,” and which I found to be quite profound. It was a kind of subtle nod, I believed, that there’s a perceived reality and a true understanding of self, and of course it was only the latter that you should ever concern yourself with. Later, I found out the line was “It don’t matter what you wear / all that matters is who you with.” Whoa! I was way off!

Quite a double-doozy provided here, via French producer Para One’s music video for “Every Little Thing.” First, a talking Cam’ron doll. Second, an all-grown-up Brendan Sexton III, a.k.a. Warren from Empire Records, a.k.a. “who glued these quarters to the ground?” Yes, I know. It’s a lot. To prevent excitement-based hyperventilation, you might want to watch in installments.

On the subway in New York, you have deranged lone-wolf types babbling about the Boer Wars and trying to steal your Chipotle burrito bowl. On the Metro in Paris, apparently, you have ethereal indie-crooner up-and-comers singing you sweet songs. French people, man. Don’t know how good they have it.