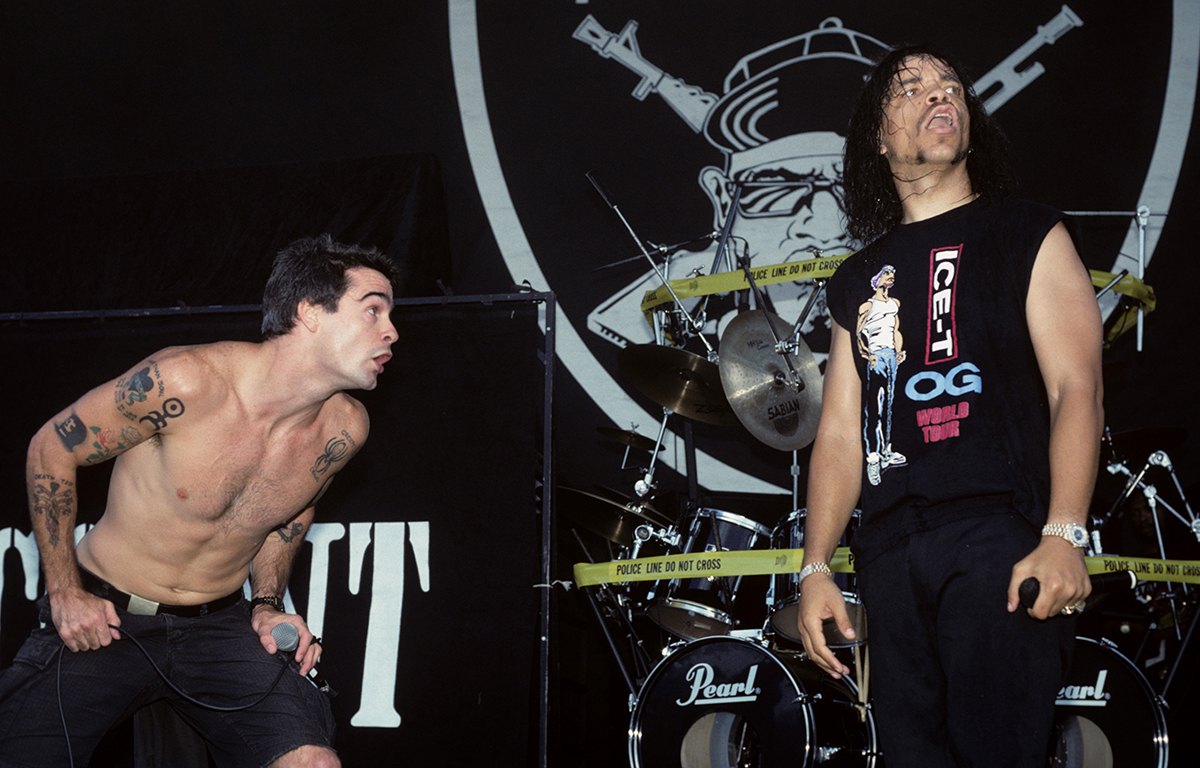 Ice T debuted a new Body Count song, “Talk Shit, Get Shot,” on his Next Level podcast this week. (You can hear it at the 34-minute mark.) As readers of Ice T’s memoir already know, Ice T does not enjoy it when people speak about him disparagingly. However, not everyone has read Ice T’s memoir, which necessitates “Talk Shit, Get Shot,” about how Ice T will murder you if you say something bad about him. It’s pretty dumb/kind of awesome.

Sylvan Esso is a synth-pop duo from North Carolina composed of musicians best known for playing quietly questing Americana: Singer Amelia Meath is a member of Mountain Man, and instrumentalist Nick Sanborn plays with Megafaun and was part of the late, great Milwaukee band Decibully. While Sylvan Esso’s austere electro-funk seems like a stylistic left turn, the soul and spookiness of Meath and Sanborn’s past projects is in full effect.

I loved this New York band’s previous record, 2011’s Senses Alien, but based on “Jackson” I’m fully prepared for next-level greatness from Cymbals Eat Guitars’ forthcoming LP, LOSE (due August 26). “Jackson” starts out in a post-traumatic stress fog of grief and pain, and then culminates with the most edible guitars yet in the CEG canon.

Sharon Van Etten, “Your Love Is Killing Me”

Over the course of three full-lengths and one great EP (2010’s career-best Epic), Sharon Van Etten has established herself as indie rock’s foremost lonely hearts bard. “Your Love Is Killing Me” (from the upcoming Are We There, due May 27) is a self-explanatory triumph in that regard. “Break my leg so I won’t walk to you,” she sings in that knockout weeping-willow bellow of hers, before listing several other requests for mutilation in lieu of exposure to a poisonous relationship.

https://www.youtube.com/watch?v=gbD71ychUO8
I wrote about my no. 2 “most surprisingly good” album of 2014’s first half earlier this week. No. 1 is David Crosby’s Croz, which came out in February and garnered as much media coverage as albums with 72-year-old men on their covers typically draw. Now, I’m a fan of David Crosby solo records (particularly 1971’s If I Could Only Remember My Name …, a classic of post-’60s downer vibes), but I didn’t expect much from the man’s first album in 20 years. But as “Radio” demonstrates, it truly is first-rate yacht rock with a heavy dose of stoner mysticism.

Your midcolumn heavy-metal smoke break, courtesy of Agalloch’s new album, The Serpent and the Sphere.

Canadians continue to export a prodigious amount of quality pop-rock to this country, which over time has created a considerable trade deficit for the U.S. Arkells will likely add to this imbalance when it releases its third record this summer, judging by the single “Come to Light.”

The Donkeys, “Blues in the Afternoon”

Last weekend I obsessively listened to Ride the Black Wave, the new album by left-coast folk-rockers the Donkeys. Black Wave has been crafted as an “at dusk” record, with its mesmerizing blend of spacey keyboards, lonesome harmonies, and shadowy melodies. I put it on in the car and the next thing I knew I was driving around aimlessly for hours.

'Interstellar' Trailer: The McConaissance in Space