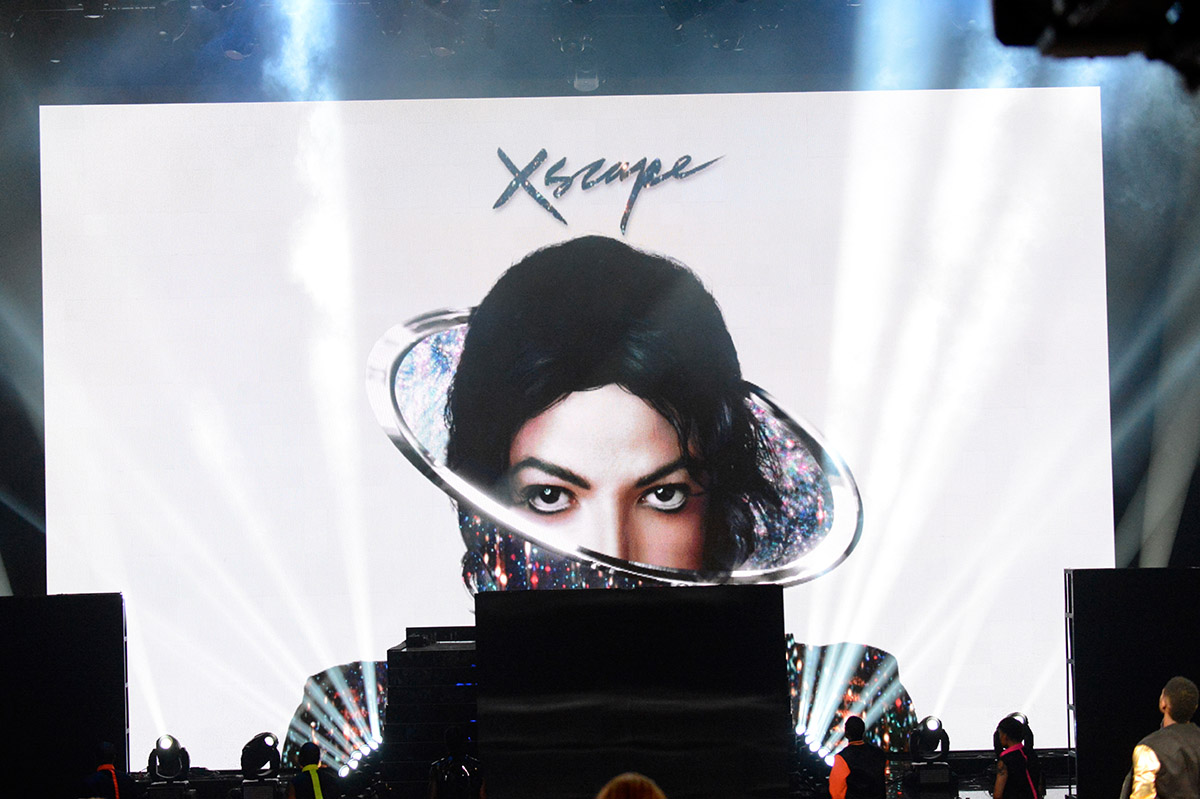 You are reading a website that covers sports and pop culture. You think you’re doing this because you care about sports and/or pop culture. But in reality you’re distracting yourself from a question on which some part of your brain (consciously or not) is always fixated.

What’s going to happen when I die?

If you were hoping to not briefly ponder the question right now, I’m afraid you’ve poked your head down the wrong rabbit hole. No matter its musical merits, the “new” “Michael Jackson” album Xscape will inevitably prompt a response rooted in the listener’s perspective on the endless void that awaits us all. As a record, Xscape is extremely well-vetted pop music. Jackson’s vocals, culled from a cappella tracks recorded for several boxed-sets’ worth of unreleased (for now) songs, are nimble, supple, forcefully percussive, and uncannily alive. The music — mostly overseen by Timbaland and his partner J-Roc with assists from Rodney Jerkins, the Norwegian production duo Stargate, and Jackson estate co-executor John McClain — manages to sound both modern enough to make Xscape a legit vehicle for hit singles and retro enough to appease the aging loyalists that compose Jackson’s core fan base.

There isn’t a “Don’t Stop Til You Get Enough” or “Wanna Be Startin’ Somethin’” in the bunch — in case you’re crazy enough to expect songs of that caliber on Jackson’s second posthumous release — but all of the tracks are at least good and one is near-great. That song, “Love Never Felt So Good,” appears three times on the deluxe version of Xscape — first as the sort of exceedingly charming disco-pop swoon that Pharrell Williams has been rewriting for the past two years, second as an ebullient keys-and-finger-snaps demo that qualifies as Xscape’s most heartrending moment, and third as a potential “song of the summer” blockbuster co-starring Justin Timberlake. At no point during these various incarnations does “Love” (co-written by Paul Anka!) wear out its welcome. Along with the other unimpeachable highlights of Xscape — the seething insinuations of the title track, the autoerotic robo-funk of “Slave to the Rhythm,” the menacing synth chill of “Do You Know Where Your Children Are?” — “Love” represents the most purely enjoyable music to bear Jackson’s name in nearly 25 years.

So long as you disregard the context, that is. If not, the question looms. Xscape, like 2010’s Michael, bears an invisible asterisk in Jackson’s discography. It will never be a “proper” Jackson release, because the man himself did not authorize its release or craft the final product. Jackson’s admirers/beneficiaries are responsible for Xscape — Epic Records label head L.A. Reid, the album’s producers, and Jackson’s insatiable audience, which the label expects will buy enough copies of Xscape and future archival projects to justify the quarter-billion dollars Epic paid to the Jackson estate in 2010 for access to his unrealized work. It’s true that Jackson wrote most of the songs on Xscape, contributed his incredible vocals, and (if Timbaland is to be believed) spiritually guided the producers tasked with shaping Jackson’s sketches. But this record does not belong to him, it belongs to us. And this is where the enjoyment of Xscape becomes a little less pure.

Getting back to the question: Do you believe that a person’s spirit “lives on” after he dies, enabling him to observe and even care about what happens in the physical world? Or do you believe that people simply cease to exist after death, enabling those of us who are still alive to utilize the dead as an abstraction in any way we see fit?

I’m sorry, is that too heavy for a light Internet read? Let’s ask these questions in a different way: Did it bother you to see 2Pac turned into a hologram? Do you think it’s inappropriate for the Fast/Furious series to continue on without Paul Walker? Do you believe Kurt Cobain’s privacy was violated when the contents of his wallet were shared with the world on the 20th anniversary of his death last month?

In the case of Michael Jackson and Xscape, would it have been better to let these songs sit in a vault so as not to appear disrespectful of a deceased genius who has essentially been disenfranchised from piloting his own art? Or is continuing to put Michael Jackson forward as a pop star the best tribute that can be paid to one of modern music’s most ruthlessly competitive artists? Or are both of these questions irrelevant, because Michael Jackson is no longer a flesh-and-blood human being and therefore is incapable of being disrespected, disenfranchised, or saluted?

Is the living reanimating the dead for entertainment purposes gross, noble, or merely a personal prerogative with no moral dimension? I ask because I don’t know. Neither do the people who made Xscape, which is why the album settles on an uneasy détente between all three options. The level of care and respect for Jackson’s artistry and his forever ambiguous “original intentions” is beyond reproach on Xscape. Demo versions of each track are included on the deluxe Xscape, though it should be noted that even the demos have been cherry-picked from a wide array of alternate takes. (A guitar-heavy iteration of “Do You Know Where Your Children Are?” found on a bootleg version of Xscape that circulated online last week outpaces the demo on the proper record.) In only two instances do Jackson’s demos on Xscape stand above the 2014 reworkings — “Blue Gangsta” unwisely jettisons the insinuating tango rhythm for a more conventional electronic pulse, and Stargate’s redux of “A Place With No Name” wrongly transplants the acoustic guitar strum that directly (and bizarrely) ties the track to its initial inspiration, America’s “A Horse With No Name.” Otherwise, Xscape successfully “contemporizes” (to use an awkward term from the liner notes) Jackson, reinvigorating the energetic, quick-witted, “weirdest guy in the room but in a cool way” persona of Jackson’s peak in the late ’70s, ’80s, and the pre-abuse-scandal years in the early ’90s.

I wrote about Michael, Jackson’s little-loved first posthumous LP,when it came out a year and a half after his death. I’d play Xscape 100 times before putting on Michael again. (At eight songs and 34 minutes, Xscape invites multiple plays in one sitting.) But in some ways I think the more blinkered Michael might’ve been the “truer” Jackson record. Xscape is open and outgoing in a way that Jackson’s music decidedly was not since at least Dangerous. At the time it was easy to dismiss Michael as an exploitative money grab because it also happened to be a dispiriting, poorly executed, and altogether terrible album. My feelings about Xscape are more complicated. Is Xscape less exploitative than Michael simply because the music is so much better? Or am I just more comfortable living with my fantasy of Michael Jackson now that I’m several years removed from the dead human being?

Surely if Jackson were still alive, Xscape would have a little (probably a lot) more of the maudlin ickiness that made Michael so unbearable. And the paranoia and self-pity pushed to the margins of Xscape’s title track would likely be turned up in all sorts of troubling directions. A living Michael Jackson definitely could not get away with uttering the chorus of “Do You Know Where Your Children Are?” without inspiring a litany of thinkpieces or even police investigations. The real Michael Jackson would’ve made us grapple with the dense web of contradictions that defined his life and art — as well as the culture that revered and vilified him — rather than allow us to merely luxuriate in the splendor of his voice and bliss of his melodies. But that Michael Jackson is gone and never coming back. How convenient.

Do You Like Prince Movies? Podcast: ‘Neighbors’ and ‘Turn Down for What’ Questions