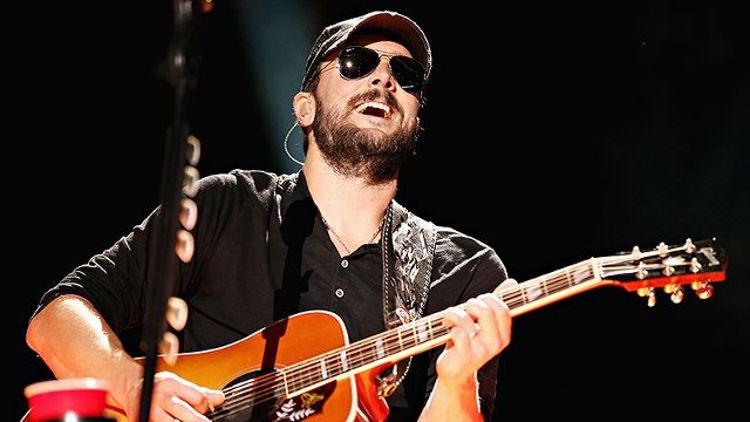 Church is ostensibly a country singer, but “The Outsiders” — the title track from his upcoming album, due in February — is totally a heartland prog-rock song, like “Born to Run” with 2112 chops. It’s not really the kind of tune that’s considered pop music anymore. But because Church has a mainstream country façade, he was able to perform “The Outsiders” at the CMAs on Wednesday. Here’s what happened: A grand total of four loud guitarists formed a loud guitar army. Flames shot in the air. A ripping Geddy Lee bass solo was ripped. It was the proggiest musical performance to air on prime-time TV since (I’m guessing) 1981. To say that I am now mildly excited about this record would be an understatement.

I already professed my love of the latest mixtape by Action Bronson and Party Supplies, Blue Chips 2, in a footnote to my Eminem review this week. But “Pepe Lopez” deserves an encore. I don’t know if sampling “Tequila” is stupidly brilliant or brilliantly stupid, but I predict that this song will be cheering me up when I need it for a long time to come.

For beard-y, folk-leaning, mid-’00s indie-rock outfits like Midlake, 2013 is like 1997 was for alternative bands. The cultural expiration date for these groups has been breached, and the music press is swiftly shooing readers away elsewhere. This is doubly troublesome for Midlake, which already was dealt a significant blow with the departure of lead singer Tim Smith after 2010’s narcoleptic The Courage of Others. All signs pointed to the new Antiphon being the band’s “left for dead” record. And yet, somehow, Antiphon is probably the best LP Midlake has ever made, even better than the group’s 2006 breakthrough The Trials of Van Occupanther. That album’s lead-off track, “Roscoe,” garnered all kinds of mid-’70s Fleetwood Mac comparisons, but Antiphon is overall much worthier of this anointed Mac-ness, with its tighter song structures and punchier hooks. (I’m also happy to report that this record has far fewer flute solos than Others.) On “Vale,” Midlake even rocks out in its own buttoned-up librarian sort of way, exploding a pretty chamber-folk melody with some moderately heavy guitar riffage.

Grantland’s own Steve McPherson described the Minneapolis improvisational dance-rock collective Marijuana Deathsquads as a “high-wire act of endlessly unfolding possibilities” powered by “faith, instinct, adrenaline, and Ryan Olson,” the mastermind behind the seductively tawdry indie R&B of Gayngs and Polica. That sort of dynamic can be difficult to capture on an album, which might be why Marijuana Deathsquads waited several years to put out its first full-length, Oh My Sexy Lord. “Ewok Sadness” doesn’t totally get there — I suspect the release in the song’s back half truly demolishes in concert — but it comes close to capturing the group’s loose-cannon energy.

Swearin’, “Dust in the Gold Sack”

Like her sister Katie (who records and tours as Waxahatchee), Allison Crutchfield specializes in introspective coming-of-age anthems set to sloppily melodic ’90s-inspired college rock. Both of the albums she’s made as part of the Philadelphia quartet Swearin’ are dotted with enjoyably fuzzy tunes like “Dust in the Gold Sack,” which is so good I wish the rest of the recent Surfing Strange was equally strong. Too much of Strange is submerged in an indeterminate murk that obscures the sharpness of the songwriting. I suspect that these kids are too indie to hire Butch Vig and make the huge-sounding mall-punk sellout record that they could absolutely slay. But “Dust in the Gold Sack” makes me hope otherwise.

Pitching a remake of Silence of the Lambs where this song scores the “Buffalo Bill dances with his penis between his legs” scene.

Hospitality, “I Miss Your Bones”

2014 indie pop scouting report, Part 1: Proudly twee Brooklyn band Hospitality won’t release its very good second album, Trouble, until January. Fortunately, one of the record’s best songs, “I Miss Your Bones,” dropped online this week, and it introduces a little jammy sprawl and a dose of sinister sexuality into the group’s sweet aesthetic.

2014 indie pop scouting report, Part 2: I was a fan of this Massachusetts band’s 2011 debut, and was pleased to see that Quilt’s forthcoming sophomore effort, Head in Splendor (due out January 28), takes the group’s ’60s psych-folk influences in weirder and often prettier directions. The album’s leadoff track, “Arctic Shark,” is a chilled-out prelude to Splendor’s head-turning explorations.

Like if Dylan had tried to write an Otis Redding song during the Blonde on Blonde sessions, and then changed his mind around the 1:38 mark. (Not to oversell it or anything.) Just as you’d expect from a band named after a place that houses coat.

Filed Under: Action Bronson, Songs of the Week