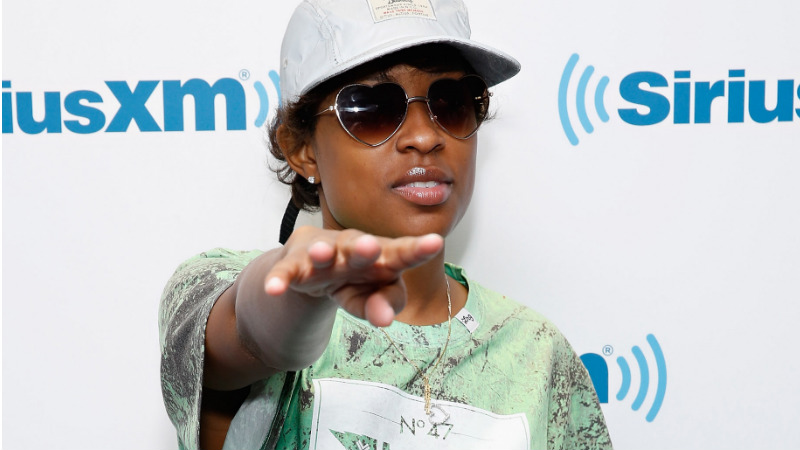 Not since “Shmoney Dance” have I heard a song blare from so many car radios in New York. “Try Me,” by Detroit rapper-crooner Dej Loaf, is having a moment right now. It’s a mystifying song, because you spend the first four to five listens just trying to place her accent. But it’s infectious. And one of the lines is “rock that all-white when I’m feeling godly,” which I think she incepted from the soul of Kanye West. Also, Aubrey Drake Graham likes the song, which probably means a remix is coming, followed by a record deal, further expanding his OVOmpire.

Sometimes I miss being a teen. You know, just sitting in a room, doing things, making things, and then falling asleep. That’s what the video (and the overall delivery) of “Look at Wrist” evokes, brought to you by three perfectly weird Atlanta boys: Father, ILOVEMAKONNEN (recently signed by Drake after Drake hopped on his song “Tuesday”), and Key!. Also, there are but a few things that make me happier in 2014 than acknowledging something good in the world (a sunset, a perfectly made grilled cheese sandwich, an email inbox at zero) and saying “Look at God.”

This song is not new. But it is not going away. And it’s growing in strength. And that’s great news.

The first track from Gambino’s new mixtape, STN MTN/KAUAI, is a dream sequence in which Gambino brings back all the things he missed from his old life in Atlanta. At the same time, DJ Drama is yelling. And then that’s followed by Gambino rapping over two great beats, Ludacris’s “Southern Hospitality” and Rich Kidz’s “My Partna Dem.” It’s a fun five minutes that serves as a good opening for a very above-average mixtape.

DJ Quik is still such a good rapper. Also, he’s out here talking about gangster rap in 2014, showing sadness about Arsenio getting canceled, and matching his shirt with his Compton cap. It should feel dated, but it doesn’t. It’s very right now, which is an accomplishment.

I recently learned that this Y2K tour de force held the record — alone — for most weeks at no. 1 on the Billboard Hot Rap Singles chart, with 18 weeks. The record was held for 14 years until earlier this summer, when the feat was tied. By Iggy Azalea. If “Fancy” had made it to a 19th week, I’d be furious, but there are worse things in life than a tie. And at least the tie gave me a reason to start listening to “Hot Boyz” again.

Usher is the most important male R&B singer of the past 20 years. And when he’s on, he is a legendary human being. Sometimes, however, we lose him. You can tell when he needs to buy a yacht or a small country, so he makes songs like “OMG” or “DJ Got Us Fallin’ in Love.” But once he’s done, he comes back and treats the masses with that voice. This song with Rick Ross and Singer X is the most recent example of this. The guy sounds amazing. Also, for your sake, the video is cued to begin with Usher, as to minimize time spent viewing Singer X. (With that said, watching Usher and Singer X dance together is Magic: The Gathering.)