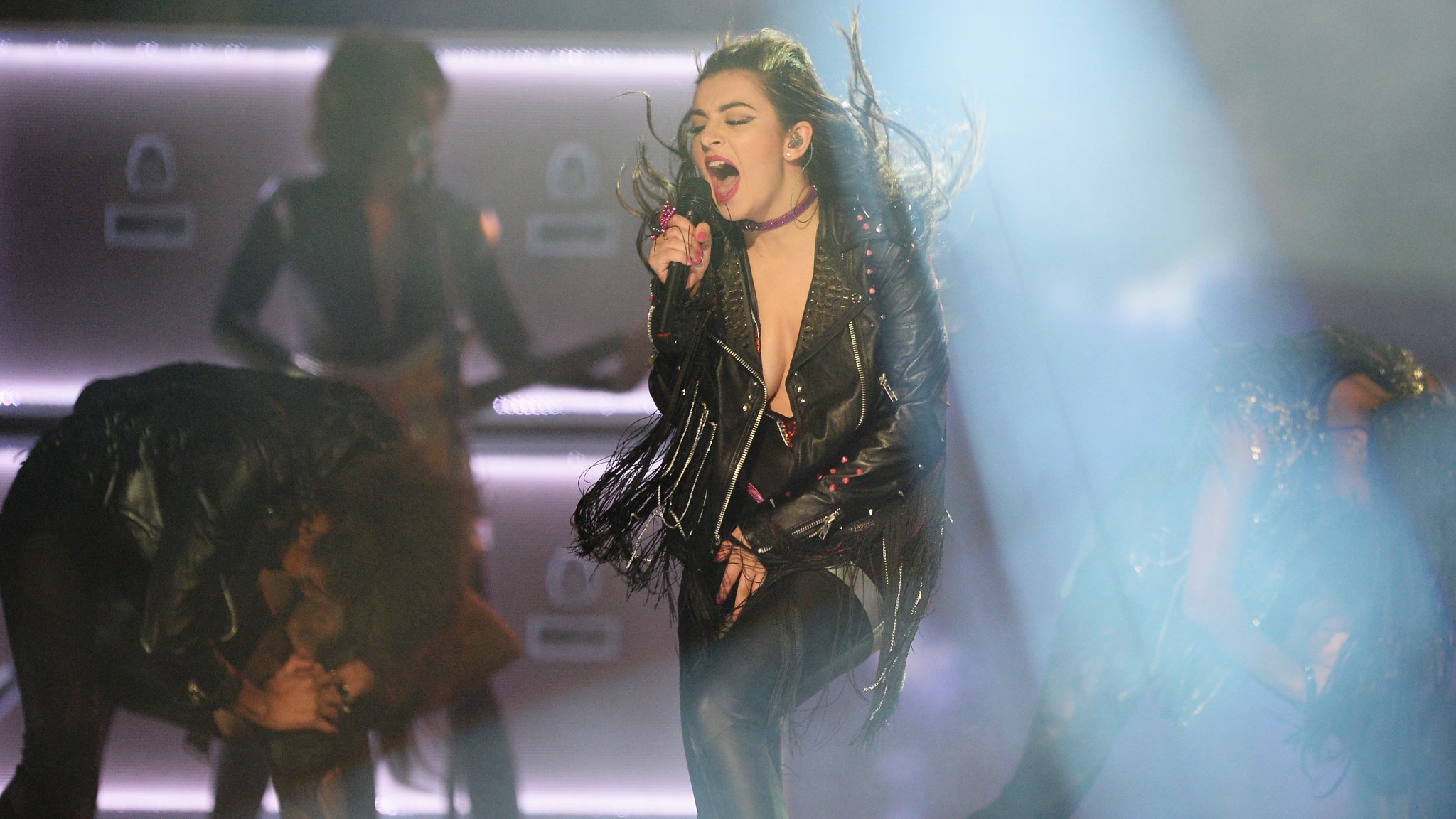 From the star-studded, Lorde-curated (Lorde-curated?! Lorde-curated!!) Hunger Games soundtrack comes this nice little ballad from Ms. XCX. Also involved here: Simon Le Bon, who chips in some swinging vocals a couple of minutes in, and Vampire Weekend’s Rostam Batmanglij, who cowrote the thing with a sauced-up Charli. (“We went to the Miley Cyrus show in L.A. and got really wasted. Then we went back to his house and I sat on top of his piano, and we wrote ‘Kingdom.’”) Unrelated to: Peter Berg’s The Kingdom; Saudi Arabia, as in “The Kingdom Of”; your friend Dominick who sometimes, when he’s really feeling himself, won’t stop insisting you call him King Dom.

Speaking of Lorde: This week, the budding powerhouse went on BBC’s “Live Lounge” to offer her take on Jeremih’s radio banger “Don’t Tell ’Em.” She croons the verse with her usual knack for the big moment, but the best part is right when the first chorus kicks in and she revs into full-on hand frenetics, on some [shoves everyone out of the way] “THIS IS MY JAM”–type stuff.

PPL MVR are an anonymous batch of fellows in yeti-like outfits and established personas. Says NPR, “The white one goes by the name SNWBLL, the black one is K-PO, and the brown one is Q. (We aren’t making this up).” Personally, I support any and all stagemanship (word to P.T. Barnum), and when it’s paired with a song this stomping, all the better. But the phrase “People Mover” reminds me of Detroit’s monorail system of the same name, which then reminds me of that once-great city’s possibly inexorable decline into despair. And that is NOT VERY ROCK ’N’ ROLL.

Juvie’s back on Cash Money, and so all is right in the world. Says the don Birdman, “Juve went under the water without us, and I wanted to bring him back to the surface and leave him there because he’s talented as a motherfucker. You can’t take that away from him. He can rap his ass off.” Yessir. Yessir.

This here “Waiting Room” comes to us via, as Pitchfork explains, Fugazi’s “first demo tape, which was recorded in 1988 at Inner Ear Studio after Fugazi had only played 10 shows.” It’s now streaming! This also reminds me of this one time sophomore year of high school when my buddy Max was listening to Fugazi while selling stuff on eBay, and he effectively convinced me that the music was, in fact, eBay’s proprietary, self-created soundtrack. And for years, I thought, Fugazi sounds a lot like eBay music.

Rozay has long since passed the “eye of the storm” segment of his career. To wit: His new album, Hood Billionaire, is out November 24, and you probably had no idea. But as he proved the last time around, with Mastermind (which only came out in March!) and “Sanctified,” he’s still liable to drop a monster on us at any point. “Movin’ Bass” isn’t quite that (and Jay’s only here for the hook), but you certainly won’t regret spending 4:26 with it.

SPOILER ALERT: At the end of this new video, from Australia’s excellent drone-punkers Total Control, nothing really happens. It’s just a dude driving around the whole time. But what moody driving!

I can’t really tell you much about the members of this band other than that they’re Swedish, they do dreamy dance-pop perfect for making vision boards, and at least one of them dresses like he’s late for motocross. In other words, I’m sold.

Someone once told me bears don’t really, fully hibernate, and it turns out it’s quasi-true. As Slate explains here, bears aren’t considered “true hibernators,” unlike some other species, like the Arctic ground squirrel, which drop “their body temperatures below the freezing point of water”; also, some species of bear don’t hibernate at all. But then again: “a bedded-down bear goes all winter long without defecating even once. They also forego urination. … Through some sort of uric alchemy, bears can recycle their waste products into essential amino acids—literally turning piss into protein.” Isn’t that amazing? Anyway, I wish it were summer.