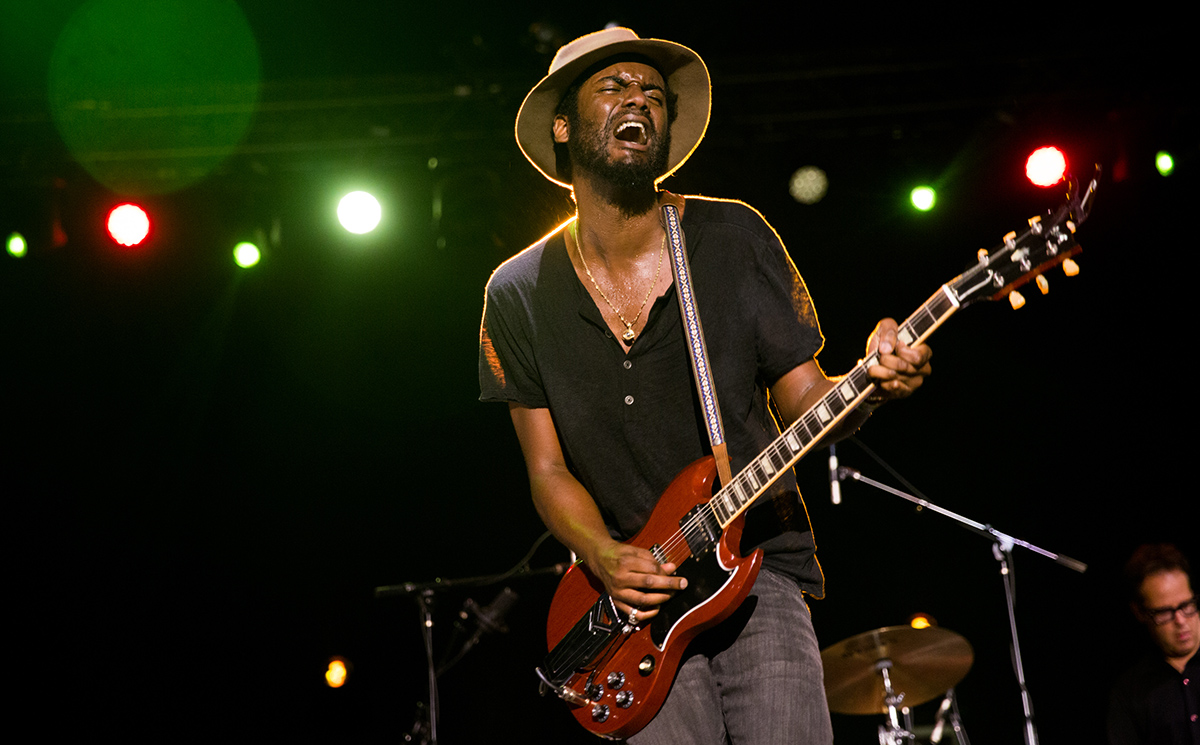 Listening to The Story of Sonny Boy Slim, the second studio LP by the much-hyped 31-year-old bluesman Gary Clark Jr., I was reminded of prime-era Michael Vick struggling to remake himself as a pocket passer. Like Vick, Clark is a virtuoso who is most effective when he’s allowed to show off his incredible ability, as he does on last year’s dazzling double album Gary Clark Jr. Live. In the studio, however, Clark is boxed in — by going along with pop convention, he’s nullified his talents and rendered himself frustratingly ordinary.

As with Clark’s full-length debut, 2012’s Blak and Blu, Sonny Boy Slim is a big-eared record incorporating soul, funk, and hip-hop. In contrast with the unruly, over-amped pyrotechnics of Live — or the rampaging set I saw him play as the opener on Outkast’s 2014 reunion tour — Sonny Boy Slim plays it straight and dull, trading Jimi Hendrix for John Mayer.

The best thing about Sonny Boy Slim is that it will give Clark an excuse to tour for at least another few years, though I suspect his draw as a concert act will always far exceed whatever business his albums do. It’s just disappointing that the most promising guitar hero of our time seems so reluctant to embrace the mantle.

Joe Bonamassa, “We Went Down to the Mississippi Delta … ”

At what point did being a highly skilled guitar player stop being awesome and start seeming corny?

Joe Bonamassa is among the most popular contemporary blues guitarists. He’s also a raging cornball. Admittedly, I’ve occasionally enjoyed Bonamassa’s corniness — I actually bought two albums by his blues-rock supergroup Black Country Communion, a lapse I blame mostly on the deadly combination of drinking and shopping late at night on Amazon. But his recent live record Muddy Wolf at Red Rocks is a bridge too far — the earnestness of the spoken-word introduction seems genuine, but Bonamassa’s delivery of Delta classics is pure Blues Hammer.

The subtext of Sonny Boy Slim seems to be, “I don’t want to be another cornball blues dude.” Perhaps this is the only way that guitar maestros who don’t want to be marginalized can operate in 2015 — your face-melting solos must exist as part of a forward-thinking package. No guitarist does this more effectively than St. Vincent, the rare instrumentalist who gets to cut loose without sacrificing cool points.

No guitar player is cooler right now than Omara “Bombino” Moctar, the breakout star from the deep bench of knockout Tuareg players. While Bombino’s mystical African desert music is closely aligned with American blues rock, he’s able to avoid the genre’s stodginess by using the guitar to express the vitality of his own culture. Bombino’s music isn’t a museum piece, it’s alive.

Along with Clark, Tedeschi Trucks Band is presently the most galvanizing touring act on the blues circuit, boasting not one but two guitar heroes, the husband-and-wife team of Susan Tedeschi and Derek Trucks. Backed by a large, diverse group, Tedeschi and Trucks frequently cede the spotlights to the other players, ensuring that this band isn’t merely a vehicle for wanky solos.

Unfortunately, Tedeschi Trucks Band is bugged by the same problem as Clark — their studio albums sound weak and average next to their live show, captured powerfully on 2012’s Everybody’s Talkin’, still the best gateway for neophytes.

If you’re looking for a straightforward power trio fronted by a hotshot guitarist, look no further than Screaming Females. Fronted by force-of-nature singer-guitarist Marissa Paternoster, the Females specialize in sludgy rock songs that are torn open with searing solos. This year’s Rose Mountain cleans up the muck a bit, but Paternoster still cuts loose on occasion.

Feted by Eric Clapton and worshiped by discerning guitar aficionados who prefer thoughtfulness and texture over Herculean feats of dexterity, Mills has made his biggest mainstream impression as a producer, pushing Alabama Shakes to unexpectedly weird heights on Sound & Color, one of 2015’s best rock albums. As a solo artist, Mills is a tinkerer, fiddling with the edges as much as the song at the core.

Steve Gunn and William Tyler have also worked as sidemen, accompanying Kurt Vile and the alt-country band Lambchop, respectively. On their own, however, they’ve successfully translated their beguiling, atmospheric playing to ’70s AOR, which has made albums like Gunn’s Way Out Weather and Tyler’s Impossible Truth essential listening for guitar fanatics. Naturally, Gunn and Tyler teamed up for an exploratory set of mind-expanding drone at last year’s Hopscotch Festival.

Surely the greatest country-music guitarist to ever come out of Estonia, Laur Joamets is a big reason Sturgill Simpson has gone from playing clubs to selling out theaters in the past year. As good as Simpson’s first two albums are, his live show is even better, particularly when Joamets is given space to blaze away. Here’s hoping a Sturgill Simpson live record is in the cards very soon.

A discussion about guitar heroes in 2015 would be incomplete without a nod to Trey Anastasio, the hero of one of the summer’s biggest live events, the Grateful Dead’s Fare Thee Well shows. But it’s his work with Phish that’s been truly extraordinary this year.

I realize that admitting that you like Phish in public is like Instagramming your collection of Precious Moments figurines, but any fan of good guitar playing has to give it up for Anastasio, whose joy was palpable during Phish’s triumphant summer tour. His playing is so good it justifies sitting through a 26-minute song.