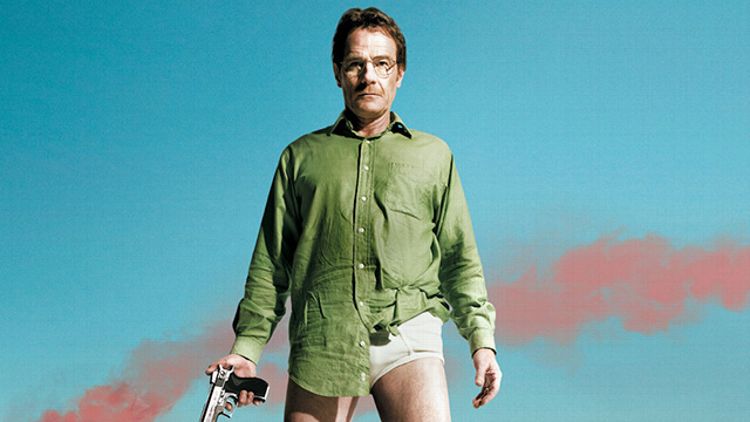 Or $9,900, actually, but that’s only $100 less gross. The auction of iconic Breaking Bad props happened over at ScreenBid, where more than 300 items were pawned off to shore up Vince Gilligan’s Vince Gilligan Is the Best Foundation. (We jest — Sony Pictures Television will net something like 80 percent of the $1 million haul, says Variety.) Fetching the highest price was Walt’s copy of Leaves of Grass — a gift from the late, great chemist Gale Boetticher — which went for $65,500. Hector Salamanca’s DING-DING-DING-BOOM-machine earned $26,750, while the shabby pink teddy bear from Wayfarer 515 will now terrify the child of some Breaking Bad fan at the discount rate of $23,250.

And those undies, the ones that sold for $2,000 more than Walt’s Pontiac Aztek? They’re on display at the Museum of the Moving Image until later this month. Then the new owner gets to start his or her own distinctly unappealing in-home Planet Hollywood. Next purchase: a swatch of the carpet Roger Sterling yakked on.