So This Is Weird: Damon Albarn and Noel Gallagher Are All BFF Now 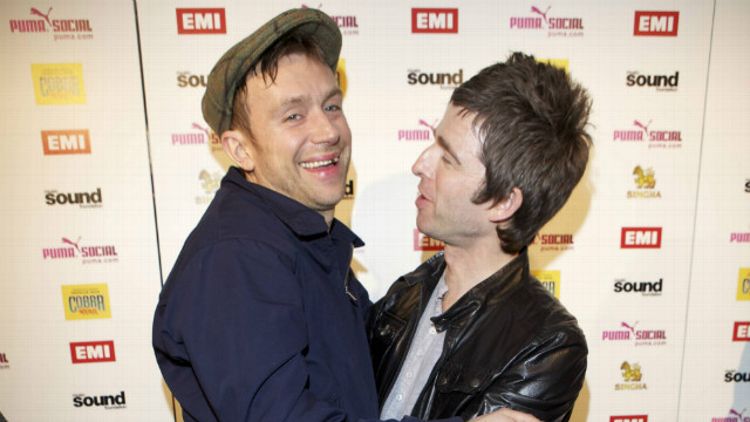 If you were sentient in 1995 — and also, you know, very invested in the validity and eternalness of Britpop feuds — you might have a hard time processing this bit of information. Ready? You sure? OK. So. Damon Albarn and Noel Gallagher — whose bands Blur and Oasis were not only the leading lights of U.K. rock and roll in the ’90s but also sworn enemies — are not only buds now, but also maybe even working on material together. What what what?!

Says Alex James, Blur bassist, while speaking with (of course) Hungary’s Sziget Festival website: “Damon and Noel Gallagher are working together on a lot of stuff, so whatever was back then is not relevant anymore.” And what was back then, you ask? Well, it was kind of a default thing, seeing as the two bands were top dogs. Specifically, there was also the Battle of August 1995, when Blur dropped the single “Country House” and Oasis came out with “Roll With It” in the same week, and Blur won the day via chart sales. Later, Noel would wish that both Damon and Alex “catch AIDS and die.”

The thaw was evident as early as this spring, when Noel joined Albarn and Blur’s Graham Coxon at a cancer fund-raiser to do a lovely “Tender” …

… and apparently has rolled on ever since. Now Damon and Noel aren’t just friendly, but actual collaborators! 1995 is freaking out.

Now let’s address the elephant in the room: Liam, who since the split of Oasis is not even on speaking terms with his brother Noel. Is it possible … even probable … that Noel’s doing all this just to piss his brother off? After the “Tender” performance, Liam tweeted, “Don’t know what’s worse RKID sipping champagne with a war criminal or them backing vocals you’ve just done for BLUE ! LG x” — which, once run through the Internet’s British-to-American translator (“war criminal” = Tony Blair, “BLUE” = a U.K. boy band used as a pejorative here to refer to similarly named Blur), means Liam is “slagging off” his big bro for backing Albarn and them. And, seeing as Liam is caught up in his own latter-day imbroglios, wouldn’t it be just like Noel to kick him while he’s down? All of which is to say: We might one day get a mind-blowing Damon/Noel collabo, and it’ll all be because the Gallaghers hate each other so, so much.

Do You Like Prince Movies? Podcast: Elysium and 'Tom Ford'