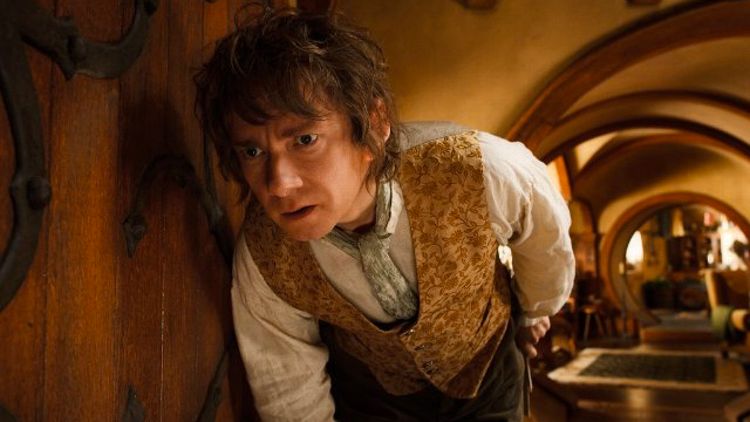 The Hobbit: An Unexpected Journey, Peter Jackson’s first trip to Middle-earth since his three-part, Oscar-winning Lord of the Rings sojourn, makes its long-awaited debut today. As you may or may not have heard by now, the visionary director is shooting this new Tolkien trilogy in “High Frame Rate” 3-D, utilizing a 48-frames-per-second speed that is double the usual 24 fps presentation you’re used to seeing on a movie screen. It’s impossible to discuss The Hobbit without trying to describe the unfamiliar, potentially deal-breaking High Frame Rate effect to potential audiences, and so our nation’s critics have been tasked with trying to evoke the unfamiliar experience of watching the movie in this novel, exciting, and amazingly divisive way. Below are selected blurbs about the The Hobbit‘s bold new look so that you can decide whether to seek out one of the few theaters projecting it as Jackson intended, or opt for the less-jarring, 24 fps version that will play on the vast majority of multiplex screens. And oh yeah: We may have made some of these up. The answer key follows the pull quotes.

1. ” … you are looking through a very clean window, but you have a slight ear infection that makes the world beyond seem too real and slightly sickening.”

2. “The immediacy of the ­actors is startling, but the background is weirdly foreshortened, the fakeness of the sets and makeup an endless distraction … [it becomes] something that resembles tatty summer-stock theater.”

4. ” … Faerie Tale Theater circa 1985, only in amazingly sharp clarity and with hobbits.”

5. ” … watching a 1976 BBC drama called The Hobbingtons Before Holiday about little people packing for a complicated vacation. But you can see every item as it’s squirreled away into a tiny valise with stunning detail, and that’s not nothing for anal-retentive suitcase enthusiasts.”

6. “[It] sounds miraculous, and you will indeed notice and marvel at the difference, but only if you happen to be a snowy owl who likes watching voles from a hundred and fifty yards.”

7. “HFR looks like a documentary about the making of a Cronenberg film shot with some unsettling new camera technology that makes viewers’ eyeballs vibrate at a very uncomfortable frequency before sprouting teeth and exploding from their heads.”

8. ” … like giving Bilbo Baggins a piggyback ride where he keeps playing peekaboo with your eyes, causing you to walk into a series of doors and walls. There’s a heady rush of amazing clarity as the doors and walls snap into incredible focus just inches in front of your nose, but then there’s the immediate and startling dislocation of actually slamming into the doors and walls as the Hobbit on your back cackles with impish delight.”

9. ” … brings the images to an almost hallucinatory level of clarity …. Over all, though, the shiny hyper-reality robs Middle-earth of some of its misty, archaic atmosphere, turning it into a gaudy high-definition tourist attraction.”

10. ” … I found myself doubled over on the floor in front of my seat, violently voiding the contents of my stomach over and over, so powerful was the effect of this bold new cinematic reality … the Haribo Gummi Bears I had just served back up glistened with an unbelievable radiance … I was not unlike an interstellar traveler finally wakened from my sleep-pod upon arrival at our decades-distant destination; the world had been a gauzy dream observed through a tiny window for as long as I could remember, but now I was a full participant in it, ready or not, and I gasped desperately for the breath that would come only after our robot manservant could assist me in clearing my lungs of the liquid oxygen that had sustained me in my slumber. And I said to him — it’s not really a ‘him,’ but his creators gave ‘him’ a male appearance — ‘This is some crazy shit, Steve.’ And he answered in a surprisingly gentle, empathetic tone, ‘Welcome to the future. There is no going back.'”

Filed Under: Peter Jackson, The Hobbit