Should We Be Excited for NBC’s Manson Family Drama? (Even If It Stars Agent Mulder?) 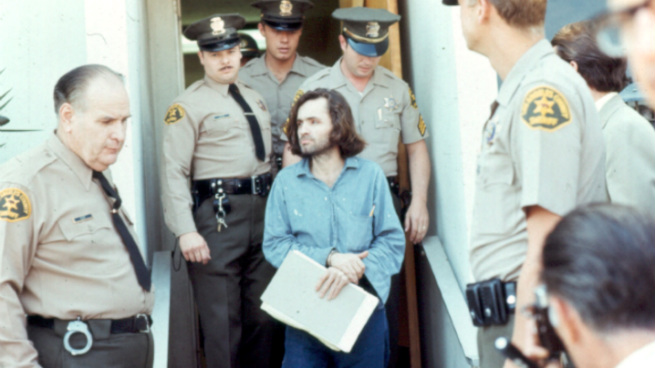 NBC green-lit Aquarius, a period thriller starring Duchovny as an LAPD sergeant who takes note of little-known folksinger Charles Manson in the years leading up to the murders of 1969. The series didn’t shoot a pilot, but was ordered directly to series by NBC brass. The show will be scripted by John McNamara, who has written for The Adventures of Brisco County Jr., Lois & Clark: The New Adventures of Superman, and more recently Fastlane and In Plain Sight. Those aren’t the most promising credits, but who knows? Maybe this is McNamara’s passion project. I’ll obviously give it a shot. I watched the entire one-season run of The Playboy Club, NBC’s last attempt at capturing the ’60s-lore-starved Mad Men audience. Throw in Mulder with a shag? I’m in for at least five episodes.

NBC’s Hannibal has recently pushed the limits for the amount of gore deemed acceptable on network television, and has been praised for its pulpy charms. One great network show that managed to straddle the gap between so-called high and low television was the Duchovny-starring The X-Files, which was so suspenseful that the network-stipulated institution of commercial breaks felt like little intermissions from holding your breath. Duchovny’s involvement in Aquarius is a hopeful sign that it’ll be more Kolchak: The Night Stalker and less CSI: Hollywood Hills.

There have been a lot of artistic attempts to capture the Manson murders’ mystique, but the best text on the murders is still Helter Skelter, the 1974 book written by prosecutor Vincent Bugliosi with crime writer Curt Gentry. However, a show about the Manson Family is tricky for a lot of reasons. It’s somewhat tacky to do a show about a real-life serial killer whose victims’ families are still alive. Any attempt to portray the cult of Charles Manson risks glamorizing it, particularly since Manson exploited a lot of elements of celebrity culture himself. Manson asked the murderers to make the killings look “witchy” because he knew the press would jump on these elements and further sensationalize the already outrageous facts. The Manson Family were celebrities in their own right, the living embodiment of a generation’s fears of their kids taking over.

Manson was a nightmare version of the hippie alpha male familiar to any former co-op dweller. He painted himself as a leader, and in doing so attracted those who wanted desperately to be followers. In the late ’60s, lots of hippie figures were establishing cults of personalities they could use for their own means. Manson was the dark version, perverting the commune ideal into something deeply sinister. He recruited young people, mostly girls, with backgrounds of abuse and mental health issues. He promoted psychedelic use among his followers not as a spiritual sacrament, but as a means to better exercise control (although, so did the U.S. government with MKUltra! #Xphile). He projected the trappings of the hippie movement, but instead of peace and love, he preached racism and evil, advocating an apocalyptic race war he called Helter Skelter, which he claimed to have heard predicted in Beatles songs.

Manson thrives on his own celebrity, and it would probably be best if we never talked about him again while he rots in jail. But his story, like those of other charismatic monsters of history, such as Adolf Hitler, is also instructive and should be told repeatedly to help ensure things like it don’t happen again. And just as Hitler’s failed painting career led to his rise to infamy, who knows what would have happened to Manson if he’d gotten that record deal? (The creepiest thing about listening to Manson’s music is that he’s really not half-bad.)

For a masterpiece about serial killers, iconography, and the late ’60s, David Fincher’s Zodiac is the current high-water mark. But Zodiac’s open ending, leaving the murder unsolved, probably wouldn’t be tolerated on network TV. Luckily for NBC, the Manson Family story does conclude after a satisfying third-act climax, when the bad guys get caught. The Duchovny character sounds like a blatant bit of historical insertion, though, since part of what is so unsettling about the Manson crimes is that the cops didn’t recognize a connection between the Tate and LaBianca murders for months. And there might still be at least a dozen open murder cases related to the Family?

The superficial elements of the murders are garishly awful, and I wonder if NBC or even HBO for that matter would have the cojones to show an image as intense as the crime scene photo of Sharon Tate’s nude pregnant body covered in blood. If the luridness is an obvious part of the story’s draw, it’s also the reason for my reflexive repulsion. Are critics of True Detective right? Is there something inherently kind of gross about exploiting a viewer’s desire to see a beautiful woman’s naked corpse? A show that really pulled off that visceral repulsion, that dared to show that horrible final image of Tate and also dared not to sexualize it, would be amazing. But I’m not sure Aquarius is going to be that show. And for some reason, when I try to imagine Aquarius, I just see the LSD episode of Dragnet, with Duchovny as Sergeant Joe Friday. Prove me wrong, show!

Showrunner Beau Willimon tweets out the first page of 'House of Cards' Season 3. And it's explosive.