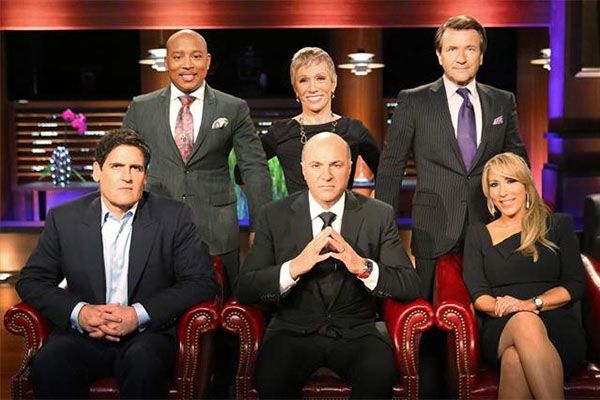 I put on my time travel glasses recently and peered back to the spring of 2007, when On the Lot premiered. I could see myself — younger, drunker, so hopeful — looking people in the eye and telling them, “I am excited to watch On the Lot.” I wasn’t lying; I really thought that I would enjoy this show. The pitch was solid: competitive filmmaking, a million-dollar DreamWorks contract, tight deadlines. Former nanny Mark Burnett generally has me pegged, plus I took a lot of media classes in college and felt that I would laugh poignantly with/at the contestants as they slaved over the production of their films only to get ripped to shreds by Brett Ratner and Carrie Fisher. This was not the case. The show was so bad that Chelsea Handler quit after hosting the auditions and was replaced by Adrianna Costa, who never got the hang of cue cards and (my memory is backed up on this one — thanks, forums) once called Carrie Fisher “Carrie Fishy.” Oh boy, was it a baddie. I have wiped most of it from memory and vaguely recall the fact that none of the online votes counted because the website died. The entertainment value of competitive reality shows defies metrics, it seems. For instance: You know what’s a kind of good show? Shark Tank.

Here is me pitching Shark Tank to a non-believer: It’s a show about investors and small-business owners/inventors. On a Friday night. With Mark Cuban. And there’s math involved. There is a long hall lined with aquariums, or maybe even just simulated aquariums, and occasionally one of the contestants will refer to a female investor (Barbara Corcoran or Lori Greiner) as a “sharkette,” which is bizarrely demeaning (lady sharks can reproduce on their own!). At least once per episode, one of the investors will say the word “money” like he or she is spitting the sharp pit of a kalamata olive directly into your eye through your television; usually it’s investor Kevin O’Leary, who for whatever reason also goes by “Mr. Wonderful” or “The Undertaker.”

The pitches range from cakes to Bluetooth implantation devices to “man candles.” There is something about these pitches that is endearingly reminiscent of high school PowerPoint presentations: sweaty brows, abundant use of props, wild contrast between the introductory videos (a small family assembling 800 sippy cups on a living room floor, personal “journeys,” makeup spatulas being made by hand, the oft-quoted self-compliment “I’m a hustler”) and the title sequence in which the sharks board and de-board their private jets. It is an underdog competition, but the underdogs are frequently very greedydogs who sit under the table and beg for, like, $6 million. However, some of their ideas are pretty brilliant. Some of them are uniquely stupid (Wake n’ Bacon, I see you), but that’s all the more reason to watch. Shark Tank (how many times have I typed “Shart Tank”? Five) is really a reality show about inventors, not investors, which is probably why it’s started to gain so much ground, and has attracted everyone’s favorite person Seth MacFarlane as guest-starring bait on behalf of some lucky inventor’s new flytrap.

I have not seen the BBC’s Dragon’s Den, or the mother ship of the whole competitive-investment television genre, Japan’s Tiger of Money, and it’s difficult for me to tell you about the latter because the Google translation of its Wikipedia page involves sentences like “Even after the formation of money, I will be ‘Nomane’ If you can not reach the quota is discovered or lies and deceit in the presentation at a later date, also had planned.” But I can tell you that Shark Tank manages to incorporate some of my favorite elements of reality shows — watching people eat samples of food (in some cases, ice cream for dogs) and recoil in horror, bickering, personally useless lessons (“don’t give up half your business under any circumstances, ever”), and angry exit interviews — and that I bought a DaisyCake based solely upon Barbara Corcoran’s expression as she ate one. It was an expression that said “I’m not screwing around, I will drop 50 grand on this confection.” It was a really good cake. I ate the whole thing. I felt very American at the time. There was icing everywhere. It tasted like small business ownership.

Corcoran is, without a doubt, the most likable shark. She endures insults slung in her direction (“old crab” can stick in your gills, amirite?) and keeps her pixie-cut class intact; she appears tender when confronted with a sob story and sometimes seems to make an offer just based on pity. I love that. Lori Greiner absorbs numerous barbs relating to QVC, some so potent that you feel compelled to stand up for it (“what’s so wrong with QVC? It’s not quite “Juice by Tappy”!) and still, the show’s drama comes off as totally inoffensive and impersonal. Being slammed for a shitty idea is different than being slammed for being, say, a creepy person. I suppose the stakes are high, in that a contestant could stand to make hundreds of thousands of dollars, but there’s no viewer guilt of witnessing a character assassination in progress. At the very worst, an idea cooked up at the kitchen table by a misguided lady or gentleman after three nights of extreme “I’d like to quit my job” brainstorming is murdered by a few people in leather armchairs, and the day job remains unaffected.

The show has the mysterious momentum of TV anomalies like Alf and Dancing With the Stars (still cannot bring myself to dance with the stars, but I have nothing but respect for those who two-step with Emmitt Smith): How do you explain the sensation of becoming engrossed with entertainment that feels so irrefutably, almost biologically, off-putting? But isn’t? It must be accidental, a weird conflation of personalities and chemistry that opens the crawlspace in your mind to an attic filled with boxes you never knew you cared about (investment capital, equity stakes, units sold, markets captured). It mimics a night of rampant Wikipedia browsing, where you start at Point A and end up wrapped around the tail of Point Q. It is the most interesting thing about media, the way that it can engage you despite the Sahara dryness of its subject matter. And I’m not just saying that because I have a great idea for a portable umbrella with a blanket that folds into its skeleton ribs (Funbrella Shadytown XX5005™. Barbara? Hey? I’ve been building these things in my living room and I could really use $100,000).

Charles Dickens would have loved Shark Tank. After all, he was a master of marketing: He modified his fiction based on critical response (like, say, from his wife’s chiropractor). What is more compelling, more Dickensian, than a show on which fate is driven by a jury of wealthy benefactors, modern-day Abel Magwitches, Mr. Brownlows, and Angela Burdett-Couttses? It’s the ultimate aspirational symbiosis, a post-industrial love story between a normie wearing a cartoon light bulb above his or her head and various incarnations of Daddy Warbucks. A title card informs us that the sharks invest their own money at their own discretion — which seems crazy, until you see them in a nutso frenzy over a smiley face sponge and realize that you are already 15 percent closer to buying that product. You’ve sat through a halfway-convincing pitch, you’ve etched that smiling yellow kitchen tool into your brain, and somehow you feel as though you’ve invested by proxy. The face behind the smiley sponge is now one with a narrative, giving it a powerful edge when you see it side by side with a Dobie in the cleaning aisle. You have been completely and inextricably manipulated by benign exposure, and I don’t doubt that even the people who waltz into the tank with beer ice cream in coolers see some kind of a lift in sales after they appear on the show, even without an investment. There is a level of involvement and participation that you can’t get from The Bachelor, a nakedness and honesty that feels somehow unpackaged and progressive. Selling love now feels fabricated; selling products and asking for money — well, what could be more straightforward?