Seth Rogen Brings Kevin Hart Back Into the Apatow Fold 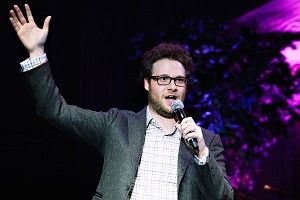