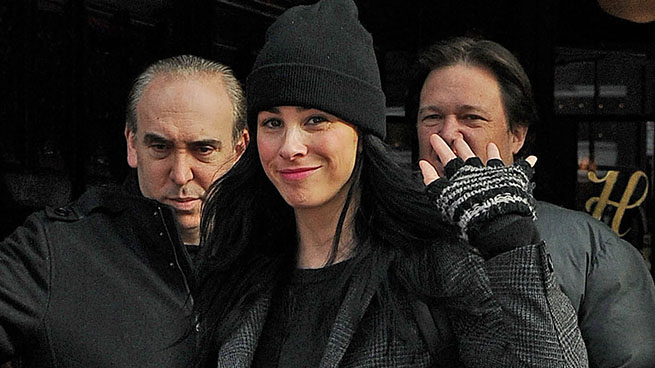 Praise the mercurial deities of humor: Sarah Silverman is going to have a significant part on a steady, excellent series (with her current boo, no less)! Showtime’s Masters of Sex is bringing Silverman aboard to play Helen, a recurring role we know absolutely nothing about. Season 2 premieres July 13, so we’ve got a little more than two months to dream up some terrific Sarah Silverman/Lizzy Caplan buddy episodes.

The Simpsons sunk to its lowest ratings ever, drawing 3.4 million viewers and a 1.5 rating in the 18-49 demo.

Steven Spielberg is directing a live-action adaptation of Roald Dahl’s The BFG. Exciting/nerve-racking!

Unlabeled floppy disks reveal a bunch of art that Andy Warhol crafted on an Amiga 1000 computer.

And another sad R.I.P. to Chicago’s DJ Rashad, who was found dead from a suspected drug overdose. He was 34.

Paul Simon and Edie Brickell were arrested in Connecticut “with a misdemeanor for disorderly conduct Saturday night, after the couple — which has been married since 1992 — engaged in a minor altercation.”

Fox is developing Nazareth, about … well, you know who.

And here’s a new, long trailer for HBO and Damon Lindelof’s The Leftovers. (PS: It’s coming two weeks later than it was supposed to.)
https://www.youtube.com/watch?v=Shn1mPejr_4