RZA on Raekwon’s Wu-Tang Defection: ‘When You Form Voltron, You Need Every Piece’ 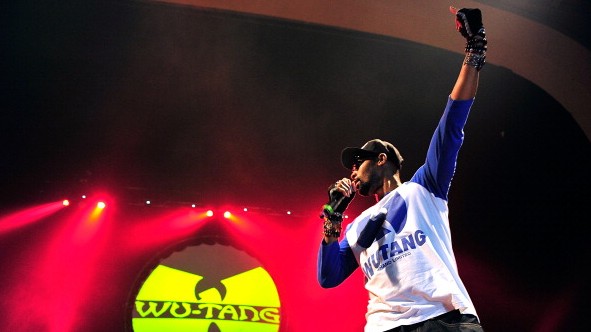 Another day, another development in the RZA-Raekwon impasse. Just last week, RZA politely explained that Rae was absent from recording sessions for the new Wu-Tang album, and that he was sorely missed; Rae, in turn, explained that he was absent because he was silently protesting the new album’s sound, and that he was fully in his right to do so, and that RZA was an irrelevant liar who needs to sit the hell down. Now RZA has responded to those allegations, and has continued his quiet diplomacy. Speaking with Hot 97 (via Rolling Stone), RZA sidestepped an escalation of animosity, choosing instead to, once again, invite Rae back into the fold.

Simply enough, RZA says, “When you form Voltron, you need every piece. We need him there. I want him there. I ask him over and over to be there. Let’s just come together. Put some time together and make some music and see what comes out of it.” Also: “We did speak six, seven days ago and he gave me his demands, which we presented to the company. If they can be reached, they can be reached. If they can’t, they can’t. And if they can’t, then we have to reevaluate what we’re going to do.”

Those demands, if Rae’s previous statements are to be understood, would involve RZA sitting out some of his traditional supervision/production duties and letting some non-Wu-stable new-school dudes create the music. And RZA, apparently, has put it to a group vote? This isn’t awkward? Like, “Do you guys agree? Am I, indeed, an irrelevant idiot?” Interesting!

By the way, this continues to be a win-win. Sure, it’s a bit embarrassing to air out your infighting like this, but it’s nothing new for the Wu. In the meantime, we tide ourselves over from lack of new Wu music with an abundance of Wu bickering. And when — yes, sir, I say, when! — that new Wu album does come, we’ll all, definitively, get to pick a pro-Rae or pro-Abbot position. And then the whole process will repeat itself again, hopefully, forever and ever.

“We have a centipede that is made of prison inmates, and they’re all hooked together. When you see this, you will never want to commit a crime and go to prison. It’s REALLY horrible.” - Eric Roberts on 'Human Centipede 3'