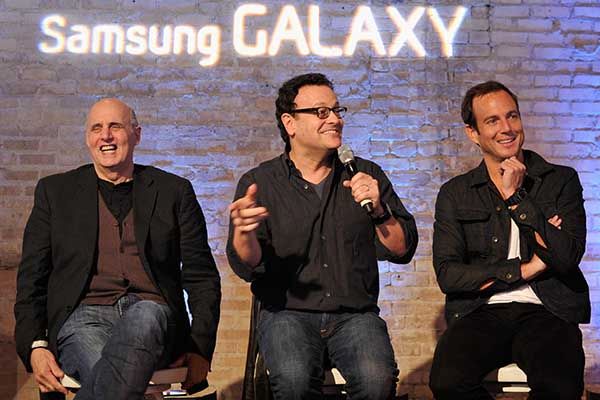 Beyond all the music shows, and film premieres, and obnoxious start-ups with their obnoxious apps and obnoxious vowel-less names and obnoxious T-shirts and obnoxious dreams of a cloud-based B2B push notification water filtration-augmented reality show, Austin’s South by Southwest festival is really a giant exercise in colonization. There is nothing more precious in this town for 10 days than land. Because if you have land, as both Columbus and Trump have taught us, you can do whatever you want.

In the upcoming days, as the music crowd begins to take over Austin, outlets like Fader and Spin and Filter, as well as web entities like Spotify, will acquire spaces for multiple days at a time and proceed to throw events with the entertainers they enjoy, and people will stand in line for hours to finally get the opportunity to step foot on their land. And they will be happy.

One of the entities that will also do this through music, but got a head start during the Interactive portion, was Samsung. What did they decide to do with their land grab?

Invite Arrested Development creator Mitch Hurwitz for a Sunday-brunch Q&A session, as well as actors Will Arnett and Jeffery Tambor.

Why did they do this? Simple: They have land, so they can do whatever they want.

In some ways, this session was troublesome, because Samsung tried to kill us by feeding us grilled cheese sandwiches and French fries at 11 a.m., but in every other way it was glorious, because for an hour, the three men answered questions from Arrested fanboys moonlighting as journalists about the past, present, and future of the series.

Even when their answers about the future of the show weren’t definitive (because the exact future of the series beyond the upcoming Netflix run of 14 episodes is still up in the air), they were still quite charming in their vagueness.

Tambor: “I will tell you, the fans that come up to me in the airport, old and young, assume that this is the precursor to a movie, and they seem to think it’s going series-movie-series-movie-series. I’m not kidding. That’s what they think. So I think the good people at 20th [Century Fox], if they aren’t in touch with their fans, they will have missed an opportunity.”

Hurwitz: “I want to make it really, really clear that they’ve been really, really generous … I’m not claiming they haven’t done anything. We have to bring a plan.”

Arnett: “I want to be the most vocal about how supportive they’ve been. About the great job they do at NewsCorp. in general … “

It was great. And one left the talk very excited about seeing the Bluth family on some sort of screen in the near future.

AND THEN THEY SHOWED TWO CLIPS FROM THE NEAR FUTURE.

Usually, the “turn off camera, no videotaping” warning is met with the same respect as the pre-flight takeoff “shut down all electronics” statement, meaning no one listens, but this time they weren’t asking. They were demanding. And not just once. Multiple times.

After their last warning, however, they also let a few more people into the room. One of those people: The Most Innocent Girl in the World.

Most Innocent Girl in the World positioned herself in the back and, upon seeing an exclusive clip of Arrested Development appear on the screen, did what most would do in that situation: She pulled out her phone and began taping it. Three seconds later, The Most Innocent Girl in the World might as well have had seven red sniper dots on her person. Quickly scolded, she was not kicked out, nor did she have her device confiscated, but TMIGITW was so publicly shamed that she was effectively the room leper for the remainder of the talk.

BACK TO THE TWO CLIPS FROM THE FUTURE.

The two clips were rough cuts for whatever future iteration of Arrested Development takes place, and while I obviously cannot provide any video to watch, here’s all you need to know about them to assure yourself that the Bluth clan is still the funniest family. Ever.

Clip 1: A three-minute scene [previously screened at the Television Critics Association’s Winter Press Tour] of Lucille (Jessica Walter) taking a drag of a cigarette inside her home, and then Buster (Tony Hale) running over to put his mouth right over her mouth before she exhales (a nicotine baby bird, if you will). After doing this, Buster runs to the door, opens it, and puffs out the smoke. This happened for three straight minutes, until Buster finally fell on the floor and the set erupted into laughter.

Incredible, especially seeing that Hurwitz noted Hale had never smoked a cigarette in his life.

Clip 2: A scene about Gob (Arnett) force-feeding Michael (Jason Bateman) his medication of choice, “Forget Me Nows” (which are just roofies), after Michael witnesses a visitor in Gob’s home that he’d prefer Michael not remember.

Incredible, especially when it ends with Gob cradling his brother in his arms and stroking his hair.