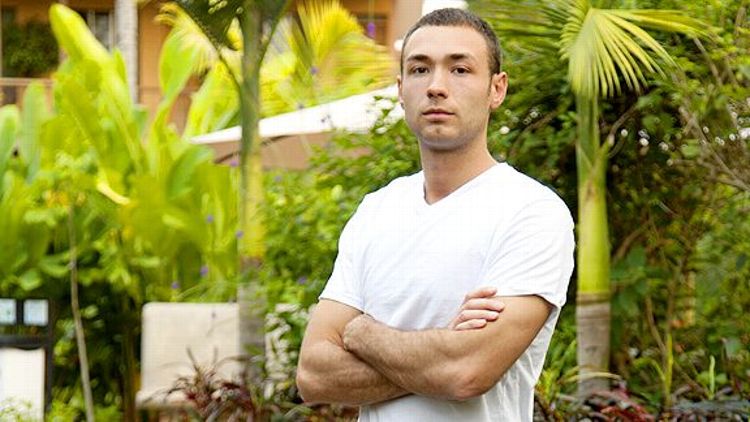 In case you hadn’t noticed, the Grantland Reality TV Fantasy League is stupid. It’s a league in which reality-show cast members were drafted onto teams to score points for reprehensible behavior. Participating in such a league makes you question things. Such as your intelligence, your priorities, and whether C.T. will commit cannibalism during this season of The Challenge.

The GRTFL draft is a lot like the NBA draft — nervous general managers shape their franchises by selecting players based on past performance, Internet reports, and how cool their names sound (Love in the Wild‘s Steele Dewald was our Bismack Biyombo). But instead of evaluating a pick’s potential to defend, rebound, or score, the GRTFL GMs looked at less easily quantifiable qualities such as emotional instability, tendency to respond to conflict with violence, and, of course, vomitability. These character traits won’t get you invited to dinner parties, but they’ll certainly score you points in the GRTFL, in which stats are compiled by league commissioner Katie Gorman on a Microsoft Excel spreadsheet so detailed that, if it were ever printed out, you’d hear the far-off screech of undiscovered species in the Brazilian rainforest becoming extinct. The scores for the first three weeks of league play have been totaled, and it’s clear that the inclusion of MTV’s The Challenge: Rivals (which premiered on Wednesday) is going to shake things up.

The Challenge couldn’t have come at a better time, because the other two currently airing shows in our league are becoming unwatchable. The Bachelorette is so boring it could end the NFL lockout. If you put the reps for the owners and player’s union in a room with last week’s episode of The Bachelorette on a loop, then locked the door until they made a deal, we’d be watching the rookie-hazing episode of Hard Knocks by next Sunday.

Adam Royer (The Challenge: Rivals, Simmons): 164 points
Adam Royer is who we thought he was. The game came easy to him. During his brief stint on the recent season of The Real World, getting slammered, thrown out of nightclubs, and in fights with inanimate objects was all in a day’s work. He showed such promise that he was selected by Bill Simmons as the first pick in our draft. And in this week’s Challenge premiere he flourished early. The GRTFL commissioner awarded him 9 points for extreme intoxication (mild by Royer standards), then he scored 5 points for verbal fighting with Ty (over what it was unclear), 25 points for punching Ty, and another 25 points for being lectured on camera by Challenge production staff. But, as with Len Bias, he left us wondering what might have been: Adam was thrown off the show, packed into an SUV, and driven off into the Costa Rican night, netting him another 100 points. It was a bittersweet single-episode 164 points for team “The Right Reasons.”

Ryan Park (The Bachelorette; Connor): 50 points
How boring is The Bachelorette this season? So boring that Ryan was somehow able to participate in a Muay Thai boxing match (25 points for physical fighting) and send his opponent to the hospital (an additional 25 points for decisively winning the fight) without making the show the least bit entertaining. And don’t get the wrong idea — Ryan isn’t exactly Mike Tyson. He beat up a guy named Ames who had never thrown a punch in life and has a forehead the size of a helipad.

Paula “Walnuts” Meronek and Evelyn Smith (The Challenge: Rivals; Jacoby and House, respectively): 35 points
This season of The Challenge is special. Last October, professional BMX rider and Challenge host T.J. Lavin had a horrific crash, sustaining injuries so severe that doctors put him into a medically induced coma. Some doubted that T.J. would live, let alone return to host The Challenge. But he did both of those things. And on Wednesday, when Paula and Evelyn won the elimination challenge (10 points apiece), T.J. triumphantly bestowed them with his signature catchphrase: “You killed it!” (25 points for both Paula and Evelyn). No, T.J. — you killed it. You are an inspiration.

Evelyn Lozada (Basketball Wives; Connor): 30 points
After a 70-point performance last week, Evelyn returns to show that she’s more than just an violent, assault-requesting drink-thrower. On Monday night’s episode, she showed her softer side when her daughter announced intentions to attend college in California (5 points for crying), then she plugged her “YOU ARE A NON F’N FACTOR B!TCH” T-shirt line (20 points). If Evelyn continues to put up numbers like this, Conner’s controversial acquisition of the future Mrs. OchoCinco will drive Grantland’s EIC to either write a slew of angry e-mails or commit a violent crime. Let’s hope for the former.

Ty Ruff (The Challenge; House): 29 points
Ty’s first episode of The Challenge was a strange one. He kicked things off by announcing he hasn’t “gotten laid in a year and a half.” When asked why, he responded, “Because I live in L.A.” Then, for reasons unknown, he insulted Laurel’s physique and engaged in verbal fighting with Adam Royer (5 points). This led to a request to be assaulted (10 points), with which Adam was only too happy to comply. The GRTFL commissioner awarded Ty 14 points for extreme intoxication, but it was probably more like 10 points for drunkenness and 4 for just being insane.

On The Bachelorette, Blake and Ben F. both enjoyed open-mouth kisses with Ashley (5 points each), and Blake, Mickey, J.P., Ryan, Ames, Nick, and Constantine boxed against each other (25 points each for physical fighting). On Basketball Wives, Tami and Meeka exchanged some loud words (5 points each for verbal fighting). On The Challenge, Robin Hibbard cried (5 points) when she thought about how far the show’s $300,000 prize would go in providing for her son; Jenn Grijalva cried (5 points) when she saw T.J. (a moment which caused me to wonder, does my team score points if I cry?); Mandi scored 5 points for extreme intoxication; and Ty and Jasmine put up 5 points apiece with a quick open-mouth kiss that happened immediately after Jasmine declared intentions to stay faithful to her boyfriend back home.

Bill Simmons (The Right Reasons): Years and years from now, I’ll feel the same way about picking Adam Royer no. 1 overall that Elgin Baylor feels about taking Michael Olowokandi and MJ feels about taking Kwame Brown — I will try to spin it in my own head, justify it, and tell myself things like, “He did go down in flames with a 164-point night.” But deep down, I will never get over the anger and shame of how it played out. I wish I had just taken C.T. That’s what my fans wanted, that’s what I wanted, that’s what every Masshole in America wanted. The good news is that I’m still having a better week than Veena Sud. Unrelated: I hate Connor.

David Jacoby (Blanket Coverage): I built my team around C.T., so you can imagine my concern when he underperformed during preseason practice. He was distracted during the erection-concealing drills and his assault requests lacked the panache I had come to expect from my first-round pick. I think this was because he was distracted by teammate Mandi Moyer. A change had to be made. So I traded Mandi to Lane for Jasmine Reynaud. I don’t feel great about it, but I need C.T. performing at his best.

Lane Brown (The Blurcle Jerks): The Bachelorette put me back on the board this week by sending three of my players on a show-sanctioned group date that involved Muay Thai boxing. I feel guilty about taking 75 “physical fighting” points for mandatory violence. But I lost 25 points last week when Mickey did compulsory volunteer work, so I guess I can live with it. (Another thing I can live with: Ames’ concussion. You suck, Ames. Every day I regret drafting you more.) Next week, though, I’d like to see my team improve its stats the honest way, by violating religious beliefs, clumsily hiding boners, and making Dr. Drew cry. Which reminds me: Celebrity Rehab premieres on Wednesday. Bai Ling, my blurcled angel, don’t let me down.

Jay Caspian Kang (Fraudulent Coitus): Even though I drafted her, I’m glad Aneesa got booted off The Challenge this week. There’s something about the way she blinks that makes me extremely uncomfortable — the left eye closes before the right and it does so verrrrry slowly. My neighbor in North Carolina drove an IROC Camaro with flip-up headlights, and by 1993, they were just like Aneesa’s eyelids. The left one would pop up a good second after the right one. I love symmetry, so it always pissed me off, and I won’t buy an American car to this day. I only drafted Aneesa because I forgot about the eye thing and because I thought she was going to walk around in a banana hammock and rack up huge blurcle points.

Joe House (The Fantashiques): It came to light this week that Simmons Googled “Bachelorette spoilers” before our draft. Simmons, you are an absolute ass-dancer. I’m not sure what I find more offensive — the idea that you would try to gain an unfair advantage or that you’d waste time on something so dumb. You are a grown man with a wife and two kids! You have a job and a mortgage and an IRA! What, was your Angry Birds app malfunctioning? Were you bored with posting on your Facebook wall?!? I believe in karma. In just the past few weeks, we’ve seen the Dallas Mavericks triumph over Miami, Rory McIlroy triumph over his insecurities, and Twitter triumph over Anthony Weiner. So I take great comfort in what I expect to befall your team over the course of the summer, because there are two things I know: (1) you can’t outwit a reality TV draft, and (2) Adam Royer was a terrible first overall pick.