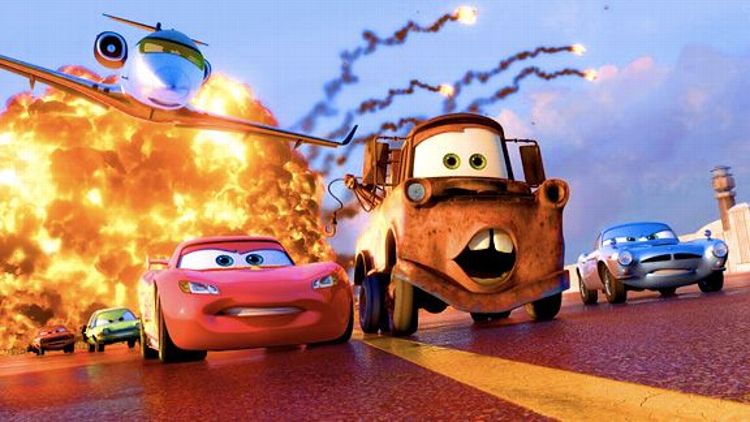 Every summer it happens, as reliable as fireworks or Shark Week: The geniuses at Pixar release a new animated film, delighting children and melting the persnickety hearts of their finicky parents in the process. Nothing has changed in 2011 — except the last part. Today Pixar releases Cars 2, a sequel to what had previously been the beloved studio’s least loved effort. And the early word isn’t pretty. (Quoth the New York Post: “They said it couldn’t be done. But Pixar proved the yaysayers wrong when it made its first bad movie, Cars. Now it has worsted itself with the even more awful Cars 2.” Snarks the Minneapolis Star Tribune: “With Cars 2, Pixar goes somewhere new: the ditch.”) With a Rotten Tomatoes score currently parked at a putrid 36 percent fresh (by way of comparison, Toy Story 3, last year’s offering, sports a show-offy 99 percent), not even the wizards of Emeryville can ignore the ominous rattling coming from their animated engine.

And so this past week has been dominated by the sight of the mighty Pixar resorting to something new: distraction. First came word that a sneak-peek trailer for its 2012 release, the Scottish fairy tale Brave, would be attached to every print of Cars 2. But then, with the critical knives slashing ever louder (the Times on the increased presence of Larry the Cable Guy’s talking truck character, Mater: “Pixar has now found its Jar-Jar Binks.” Woof!), the studio breathlessly announced a top-secret (read: top-quality) project coming in 2013 from Up director Pete Docter. Sure this all sounds great, and, should the world still be in existence, we’ll be first in line to see these promised good films. But it’s disconcerting to see a studio known for its outrageous consistency acting so downright Wimpy, forced to spin tall tales about tomorrow to take attention away from the turkey of today.

To be fair, it’s not hard to see the thinking behind Cars 2. For one, the original film was a labor of love for Pixar founder John Lasseter, who reportedly has a Seinfeld-ian passion for four-wheeled machines that go vroom. (In the cutthroat world of Hollywood, if the boss wants to make a movie about talking sedans that get involved in an international spy ring, the only smart thing to say is prego!) It also made sense from a business standpoint: Pixar’s last two original films were about a mute trash-compactor and a cranky octogenarian, neither of which moved many Happy Meals. (The Up-branded line of “natural” dentures was a runaway success in South Florida, however.) With a reported $200 million budget, Cars 2 needs to move a lot of toys (and tires and, uh, chicken) in addition to tickets in order to make a profit. And whatever Owen Wilson’s Q-rating might be in the coveted second-grade demo, the simple appeal of a smiling red NASCAR vehicle is pretty indisputable. (An anecdote: A friend’s son was completely obsessed with horses for the first three years of his life. Then he saw Cars and ditched the stables for a Matchbox obsession. In his household it’s referred to as the “Industrial Revolution.”) Besides, kids’ movies are notoriously review-proof — especially during the summer when parents’ desire for two air-conditioned hours of blessed peace and quiet can withstand almost any indignity.

But is the dip in quality — and bump in branding — worth it? Early tracking for Cars 2 is less than stellar and while the sequel is likely to open at no. 1, its box office potential seems no greater than the just-OK bar set by the original Cars, despite higher 3-D prices, a global (read: international box office) setting, and a stratospheric marketing budget. The reason? Pixar itself is the brand that draws crowds, regardless of the subject matter (a snobby French rat? Keep my credit card open, Mr. Moviefone!). The aforementioned films about trash and the property rights of the elderly combined to gross more than a billion dollars. The company’s exacting standards and impeccable track record are what’s made it (gag) the ultimate millennial brand — and thus a creative misfire like Cars 2 has the potential to hurt it far worse than an ambitious commercial failure. Of course, one bum flick in 16 years doesn’t exactly mean the Russian is cut. But, coupled with the surprise success earlier in the year of the kooky lizard-western Rango, Pixar’s stumble just might provide an opening in the lucrative genre of adult-approved animation. After all, 2013 — and the studio’s promised return to creative brilliance — is a ways away. If we were Jeffrey Katzenberg we’d have greenlit that quirky script about a singing troll proctologist — and we’d have done it yesterday.