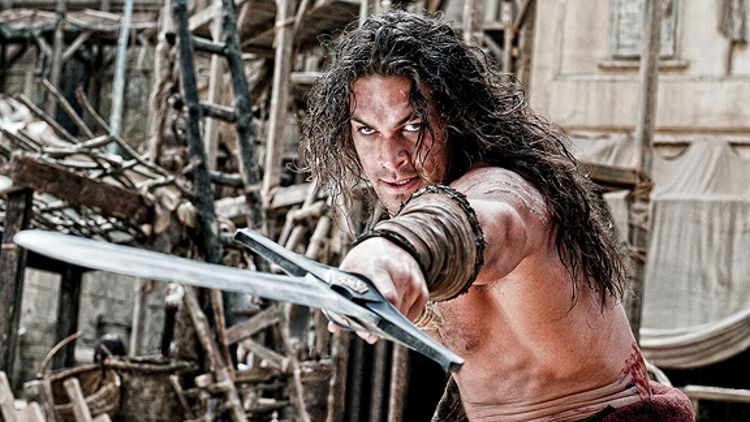 The dog days of August are upon us. In your office, every day is like Sunday; in your neighborhood, swings creak in the wind, the children who usually occupy them cavorting on a beach 300 miles away. The city is as empty of humanity as the third act of a zombie movie.

The good news: You won’t have to fight the crowds to see a movie this weekend. The bad news: There’s nothing worth seeing. Tomorrow is Rehash Friday, when every movie released is a pale imitation of something that came before. (See below for more on Rehash Friday.) But that means it’s a great week for RazzieWatchers, because it’s a perfect time to take a look at one of the Golden Raspberries’ most competitive categories, Worst Prequel, Remake, Rip-off or Sequel.

How competitive is PRRS (as we Razzie pros call it)? Just take a look at the unbelievably awful movies that haven’t won this category! Speed Racer lost to Indiana Jones 4. Showgirls lost to The Scarlet Letter. Garfield: A Tale of Two Kitties lost to Basic Instinct 2. Even Batman and Robin — literally the worst movie ever made! — lost to Speed 2: Cruise Control.

This year, we count thirty-nine PRRSes with Razzie potential. Let’s take a look at the jam-packed field of retreads vying for this year’s Worst Prequel, Remake, Rip-off or Sequel honors.

If you held a gun to our head and said, “Do you feel lucky? Do ya, punk?”, we would pick these five movies as nominees come January 23, although first we would tell you that your threat was a rehash of previous threats uttered in Dirty Harry. In order of certainty:

The Hangover Part II
The only lock in the field, thanks to this much-hated movie’s status as both a lousy sequel and a scene-by-scene remake of the original, but worse.

The Twilight Saga: Breaking Dawn, Part I
We’re just not 100 percent convinced this film will land in this category. Breaking Dawn will do well at the Razzies, no doubt, but we can see voters rewarding crappy sequels of more beloved movies than this one.

Footloose
…Like Footloose, a movie remembered fondly by a whole generation, despite the fact that the original is totally Razzie-worthy if you ever rewatch it. (Note: Rewatching not recommended!) Anyways, this remake looks to be pointless.

New Year’s Eve
A sequel of sorts to a movie no one liked the first time, Valentine’s Day. This time a cast of millions will mug and pout their way through the last night of the year. (… And their lives! No, sorry, that’s just the horror-movie version of New Year’s Eve we wish existed.)

In alphabetical order; any of these could leap into the bottom five easily.

Cars 2
By January, when ballots go out, will our disappointment over Pixar’s first misfire have faded? If not, Cars 2 stands a chance.

Puss in Boots
You may like the Shrek series. Or you may think it’s an ugly and reductive cavalcade of idiotic pop-culture references that sullies the memory of William Steig’s lovable book. Either opinion is valid! But we are sure everyone can agree that this Antonio Banderas-voiced swashbuckling cat is irritating and should not be in his own movie.

Real Steel
Two questions: Will this actually be bad? (Maybe!) Will it be a gigantic Rocky rip-off? (Almost definitely!)

Spy Kids: All the Time in the World
Destined for mediocrity, the fourth movie in the Spy Kids franchise hadn’t caught our eye until Head RAZZberry John Wilson unloaded on it this week. With the full weight of the Razzie administration behind it, Spy Kids vaults into contention.

The Three Musketeers
In 3D, one D for each Musketeer! And directed by Paul W.S. Anderson, the auteur behind Death Race! Allons-y aux Razzies!

Did we miss any? Let us know!

Once again, it’s Rehash Friday. Spy Kids: All the Time in the World is a straight sequel. Conan the Barbarian is a remake, as is Fright Night. And One Day, despite its high-toned literary pedigree, is basically a rip-off — When Harry Met Sally meets Same Time Next Year. We’re deep into August, and August is to RazzieWatchers as December is to Oscarwatchers: every movie’s a contender.

Let’s talk about Colombiana! The trailer is bonkers. It’s like a symphony of bone-crushing, machine-gunning, and revenge-taking, with a bonus Worst First Date Conversation Ever between Zoe Saldana and Michael Vartan. (“Tell me something about you.” “I was nine when my parents were killed in front of me.”) It’s possible Colombiana will be fantastic trash, not trashy trash, but we sort of sort of hope not, because the director has the greatest director name we’ve ever heard, and with luck the 2011 Razzies will be just the first step in Olivier Megaton’s long and storied career.

Dan Kois is a longtime Razzie guru and is legally changing his name to Olivier Megaton.